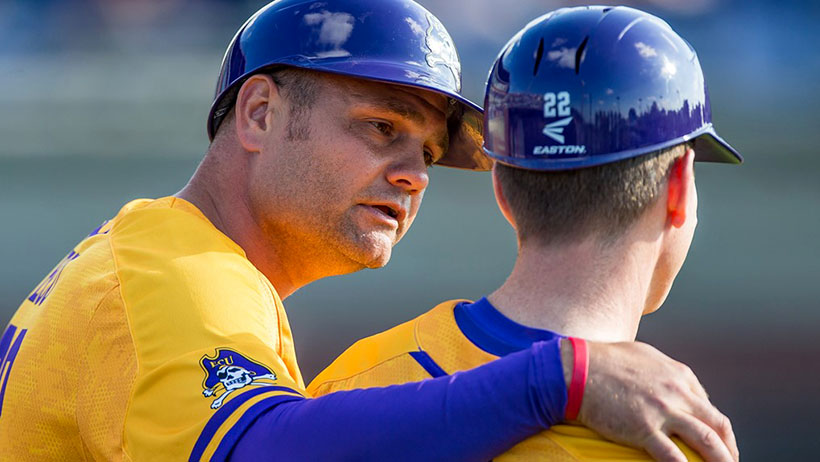 "Once again we are very excited about our incoming class," Godwin said. "This class is as deep and as talented as any group we have had here at ECU. Coach (Jeff) Palumbo and our entire support staff did an unbelievable job putting this class together. Our main goal now is to cultivate our culture with our entire team. We are very excited about putting in a lot of work this fall so our program can continue to succeed on and off the field."

Off the field, his teams have excelled in the class room by registering a 3.05 or higher grade point average in nine of 10 semesters, including a team-best 3.52 in the Fall of 2017, which bested the previous mark of 3.42 (Fall 2015). Under Godwin, a two-time Academic All-America selection, his teams have combined to have 240 members on the ECU Director of Athletics Honor Roll (3.0 or higher), while 66 Pirates have earned inclusion on The American All-Aca­demic Team maintaining a minimum 3.00 GPA.

Following the 2019 season, the Pirates earned their fourth-straight Team Academic Excellence Award (2016-19) from The American and the American Baseball Coaches Association (ABCA). For the second time in Godwin's tenure, the Pirates had a pair of players named Google Cloud CoSIDA Academic All-America honors with Jake Agnos (first-team) and Alec Burleson's (third-team) selections in 2019. Two years ago, Travis Watkins (first-team) and Charlie Yorgen (third-team) were named CoSIDA Academic All-American, while in 2018 Jake Agnos was an All-District 3 First-Team selection.

The new players and the veteran members of the ECU squad began fall classes Monday, Aug. 19, and will engage in a four-week period of conditioning drills and individual workouts.

ECU begins its six-week, full-squad fall practice session on Thursday, Sept. 26 and will scrimmage every Friday, Saturday and Sunday at Lewis Field inside Clark-LeClair Stadium leading up to their annual Purple & Gold World Series, which will be held Nov. 1-3 (times to be determined) and is free of charge to the fans. The Pirates also have a pair of exhibition games set for the fall when they travel to Virginia on Sunday, Oct. 13 before hosting Liberty on Sunday, Oct. 20.