Because Democratic Gov. Roy Cooper and the Republican-led North Carolina General Assembly have remained deadlocked for weeks over passage of a new state budget, you might think nothing much of consequence is happening in Raleigh. carolina journal, regulatory closet, summer cleaning, august 19, 2019
Home
Categories
Login 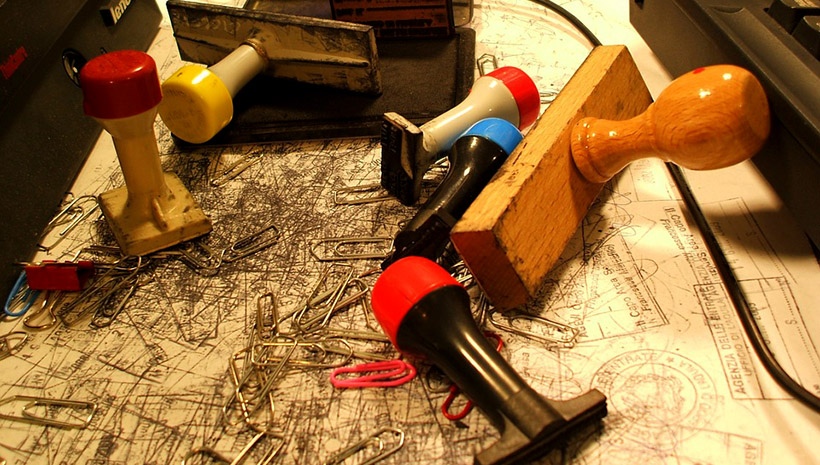 Because Democratic Gov. Roy Cooper and the Republican-led North Carolina General Assembly have remained deadlocked for weeks over passage of a new state budget, you might think nothing much of consequence is happening in Raleigh.

You'd be mistaken. The legislature has passed several bills that make consequential changes to the conduct and reach of government in North Carolina. Gov. Cooper has signed them into law. As their aim is to modify or eliminate outdated laws, think of them as the governmental equivalent of spring cleaning (although it took until summer to begin this latest excavation of the state's regulatory closet).

One of the measures, House Bill 590, amends a policy the state initiated back in 2013. That policy requires all regulations on the books to be reviewed periodically by the relevant agencies or departments. If the rule isn't reviewed as required by law, or deemed no longer to meet a demonstrable need at a reasonable cost, it disappears - an outcome known as regulatory sunset.

From 2013 to 2018, hundreds of outmoded or counterproductive regulations went away under this law. But there was a bit of a loophole. The original process created three buckets into which administrators could toss regulations: 1) unnecessary (the rule goes "poof'), 2) necessary without substantive public interest (no one has complained lately, so it is automatically renewed) and 3) necessary with substantial public interest (because there are complaints, it must go back through a re-adoption process).

Regulators were tossing most state rules into that second bucket, so that they weren't getting significant scrutiny. House Bill 590 removes that bucket from the deck. The legislation received overwhelmingly bipartisan support and Cooper's signature. Now all regulations must either survive re-adoption or go away.

Another "weeding out" process, this time within our criminal code, is about to accelerate thanks to the passage of Senate Bill 584. It also got overwhelmingly bipartisan support and a nod from the governor. It targets North Carolina's "overcriminalization" problem.

Over the decades, state agencies and local governments have adopted a range of criminal penalties for offenses that, whatever their adverse social effects may be, don't necessarily merit criminal prosecution. For example, it is a crime in some North Carolina communities to feed stray animals. It is a crime to sell Silly String in Mount Airy.

A prior law had required agencies and localities to report all the ordinances or rules on their books that criminalized behavior - a necessary first step to tackling the problem. But compliance was spotty. Under Senate Bill 584, noncompliant municipalities will have their ability to pass criminal ordinances frozen for two years. For state agencies proposing rules with criminal penalties, the new law automatically refers them to the General Assembly for review.

Finally, Gov. Cooper signed Senate Bill 290 into law last month. Another bipartisan measure, it contains several changes to North Carolina's alcohol laws. It allows craft distilleries to sell mixed drinks and removes limits on the number of bottles a visitor can buy on their premises. The law also advances important reforms of the state's archaic Alcoholic Beverage Control system, such as allowing liquor tastings at ABC stores and combatting the proliferation of patronage-heavy ABC boards.

State agencies and localities are certainly empowered to use their regulatory powers to protect public health and safety. They should ensure a true "meeting of the minds" in private contracts by requiring disclosures and policing fraud. They should protect the persons and property of residents against pollution, communicable disease, and other threats for which effective collective action requires government action.

But these powers should be used with caution, focused on clearly identifiable harms, imposed only when the expected benefits exceed the likely costs, and scaled so that any penalties involved are proportional to the offense. Over the decades, North Carolina has somewhat-haphazardly acquired an odd assortment of intrusive regulations and criminal penalties that don't meet such common-sense tests.

Now, Republican and Democratic policymakers are working together to clean up the mess. That's most welcome.