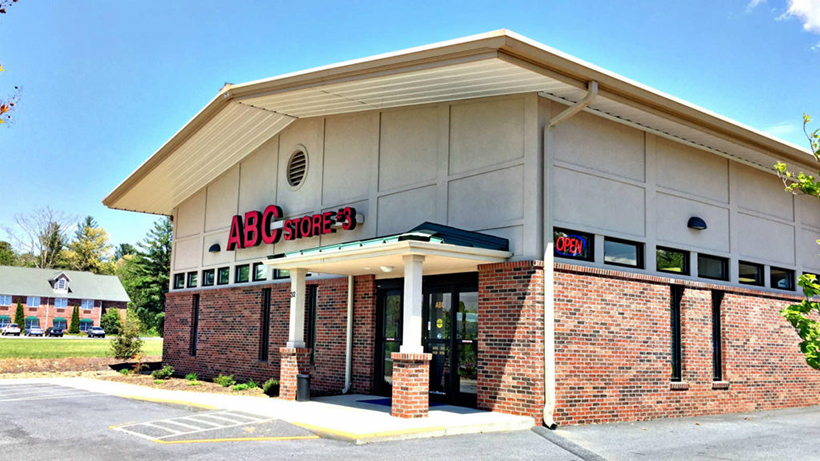 It has begun. Or, probably more accurately, a local and statewide crusade to prevent privatization of North Carolina's liquor business is intensifying.

Even though legislative efforts to move toward a system of private licensure are relatively nascent, and a leader in such labors is retiring after his term ends next year, local governments are settling into their war rooms, hunching over ripped and tattered battle plans. Their strategy, built over the better part of 80 years, hasn't much changed.

Line up in rows and fire.

Rep. Chuck McGrady, R-Henderson, serving his fifth and final term in the General Assembly, is the unofficial House leader in efforts to reform the archaic N.C. Alcoholic Beverage Control Commission.

House Bill 971, which McGrady sponsored, languished in the legislature, yet he still got a hearing in July for a proposed committee substitute in the House's Alcoholic Beverage Control Committee.

The Modern Licensure Model for Alcohol Control, originally filed in April, basically clears a path for private liquor stores in North Carolina. S.B. 971 would eliminate the state-run alcohol warehouses in Raleigh and phase out the local ABC boards and stores. McGrady was also an architect of Senate Bill 290, which brings laws for craft distillers closer to those governing the state's thriving craft beer and wine industries.

McGrady says he wants to reform government management of the wholesale and retail sale of distilled spirits while also increasing revenue to the state and to local governments. He has support from both sides, as well as detractors - also from both sides.

The argument, at its base, is about one thing - money generated by liquor. The N.C. Alcoholic Beverage Control Commission and its 170 or so boards run 433 stores, which, in fiscal 2016-17, sold, the 2018 ABC annual report says, 79 million bottles of liquor.

"At $36.79 per wine gallon, North Carolina collected four times as much revenue per gallon as Louisiana, which collected the lowest revenue per gallon among southeastern states," the Program Evaluation Division says in a recent study of the N.C. ABC. State liquor stores generate more than $1 billion in revenue annually, resulting, the ABC says, in more than $430 million in handouts. The bulk of that, about $323 million, went to the state's General Fund.

Why fix a perfectly good Prohibition-era system, ABC proponents say? Well, for one thing, the state implemented that system to appease those upset over the re-legalization of liquor. The idea back then wasn't so much about money as it was about controlling consumption. Of course, it's OK as long we share in the profits, so the thinking goes.

The bipartisan bill, a news release by McGrady's office says, replaces the state's monopoly on the sale of liquor with a system of permitting and taxation modeled on wine and beer sales. A fiscal report on the bill shows revenue for state and local use would remain static, about $384 million, in fiscal 2019-20. By 2023-24, however, that revenue, under the plan, would increase to $714.5 million, in addition to doubling the amount that goes toward substance abuse research and education - from $14.5 million to almost $30 million.

Under the bill, liquor would be taxed per gallon, as opposed to applying the tax as a percentage of the cost. The bill would impose an excise tax of $28 per gallon on the sale of spirituous liquor. Under current law, that excise tax is 30%. In effect, pricier liquor, because of the tax structure, would become less expensive. Cheaper spirits would, conversely, cost more.

In March, Mount Airy commissioners voted 4-0 in support of a resolution keeping the current system, which provided $131,470 from local store profits to the city government for fiscal 2017-18, the Mount Airy News wrote.

Last week, Mecklenburg County Commissioners voted 7 -2 to oppose efforts like McGrady's. Commissioner Mark Jerrell, who drafted the resolution, said doing away with ABC boards and privatizing alcohol sales would be a disaster, WFAE radio reported. "And frankly, what we know would happen - it would really disproportionately impact people of color, poor communities and things of that nature," Jerrell said. Government-run ABC stores generated $24 million for Mecklenburg County in 2018, he said.

Make no mistake, this money is an entitlement for the local governments, and they sure as heck don't want to give that up. Those entitlements go to law enforcement, schools, and recreation departments, officials say. The money, for all we know, also goes to things such as community flower beds, 4K TVs, steak dinners, and, well, expensive booze.

North Carolina is one of 17 control states, but the only one using a control system that employs 170 politically entrenched and autonomous local boards.

Who's watching the liquor cabinet?

For its part, N.C. ABC has auditors who complete performance audits on all 170 boards about every five years, N.C. ABC spokeswoman Kat Haney says.

"Their budgets, of course, are in the public domain, and oftentimes their appointing authority (the municipality or county) carefully monitors their distributions," Haney said in an email. "Additionally, local ABC board staff receive free training (from the N.C. ABC Commission) on subjects like ethics, budgeting, general managing, etc. to help improve their skills and increase efficiencies."

The local ABC boards, Haney says, currently have 1,500 full-time and 1,700 part-time employees, who don't work the state. Stores are managed at the local ABC level.

If an employee or a board member commits an infraction that violates ABC law, she says, local ABC law enforcement or state Alcohol Law Enforcement might open an investigation and potentially issue a citation or make an arrest. "If a board matter is a potential violation of ABC law, it will be referred to the ABC Commission," Haney said.

And who serves on these boards? State law says: "The appointing authority [city or county] shall appoint members of a local board on the basis of the appointees' interest in public affairs, good judgment, knowledge, ability, and good moral character."

They determine their own membership. Winning a spot on a board is a political plum. Some members are actual politicians. Rep. Shelly Willingham, D-Edgecombe, not only is a member of the General Assembly. He's also chairman of the Edgecombe County ABC Board.

This isn't necessarily a criticism of the state ABC Commission. It's working under decades-old laws enacted by the General Assembly and a list of governors. But the proverbial liquor cabinet is always stocked, and it tends to draw a crowd. Despite the state ABC's best efforts, it's difficult - if not impossible - to monitor all the reaching and grabbing. It's too much to ask of any state agency, especially when - unlike schools - these boards have little incentive to police themselves.

Myriad ways exist to replace that so called "lost" money, and McGrady says he's committed to ensuring the flow of revenue from alcohol sales remains steady and would get even stronger, albeit with elements of control, transparency, and accountability not now present.

Annual audits of all 170 boards - not all are profitable - are needed, so let's start there. By the way, legislation has ended the proliferation of these boards. And not all N.C. counties and municipalities have boards, so, when ABC is passing out checks, these communities are left out entirely.

The consumers suffer most, as typically hard-to-find spirits in neighboring states are impossible to find in North Carolina. We either don't get them or get such a limited supply that trying to find them becomes an exercise in futility and frustration. Sure, the state controls prices, but that eliminates the free market, so we come back around to the lack of availability and an absence of any incentive to cater to the customer.

In Wake County, the ABC board proudly displays on paper bags money generated by liquor sales. Money going to the state is easier to track, because there's a single point of collection. But, with 170 ABC boards in communities throughout the state, the chance for residents to learn about exactly where and how that money is used - aside from a vague categorial description - is close to nil.

What's key here is accountability and transparency. How and where boards distribute revenue is defined in statute, but the local boards still have a pretty wide berth.

"Within those parameters," Haney said, "they do have discretion to execute the allocations in the way that best fits their individual community."

What could go wrong?