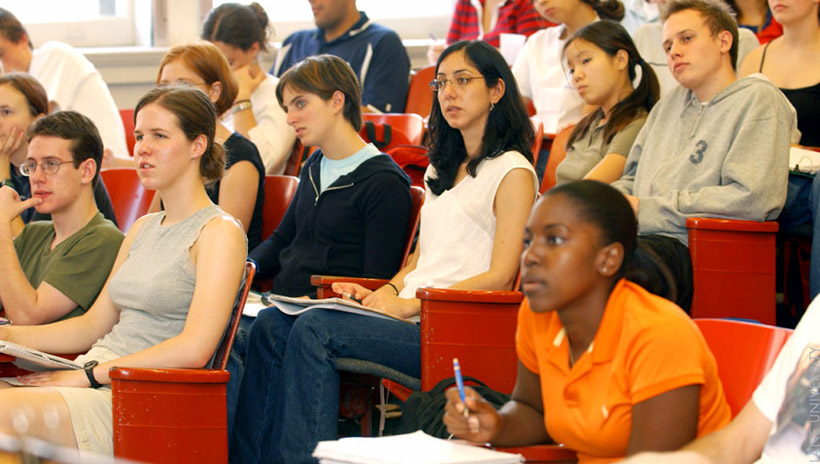 University of North Carolina system leaders announced Thursday, Aug. 15, they have found a temporary funding source to provide tuition grants to the more than 170 graduates of NCSSM.

In 2018, the General Assembly authorized a tuition grant program for graduates of NCSSM, a public, residential high school specializing in science and mathematics instruction. Under the program, NCSSM graduates receive full tuition reimbursement when they enroll in a UNC system school for their first year.

Funding for tuition grants for the classes of 2018 and 2019 are being held up in the ongoing budget stalemate. But UNC system leaders have found a way around the budget impasse, at least for now. While the particulars of where the funding will come from are still in the works, UNC System leaders know that approximately $1.1 million in funds promised to 176 students enrolled in UNC schools is available.

"This action will allow tuition payments to be made in a timely fashion and ensure that graduates of the classes of 2018 and 2019 receive the funds that they were promised," Alex Mitchell, a UNC Board of Governors member, said in a news release. "These actions will help retain these highly-gifted students already enrolled in the UNC System."

Gov. Roy Cooper vetoed the $24 billion budget on June 28 and since then the governor and the General Assembly have been locked in a stalemate. Cooper wants Medicaid expansion to be a part of any budget, but Republican leaders in the General Assembly refuse to expand the federal-state insurance program as part of the budget process.

Without a new budget, spending has reverted to previous levels, but new items won't get funding without legislative action. This includes funding for the NCSSM tuition grants.

With a new temporary funding source, the immediate problem is resolved, but the news release says the UNC System will keep working with the General Assembly on a bill to replenish the funds.