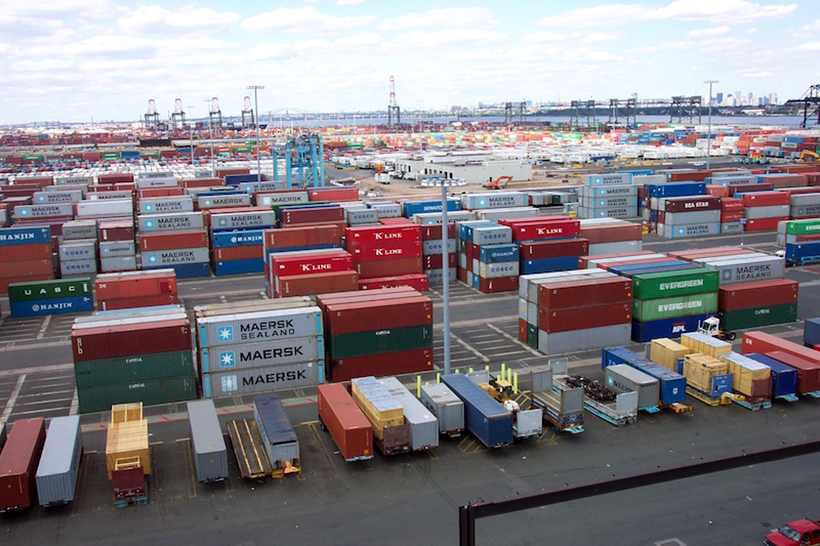 The political temptation to protect "domestic" industries from "foreign" competition is strong, persistent, and understandable. But for the vast majority of North Carolina workers, their interests would best be served if politicians resisted the temptation rather than yielding to it.

I have many objections to protectionism. As you can see from my use of quotes around "domestic" and "foreign," I even object to the terms its advocates frequently employ. Modern corporations and supply chains are far more complicated than that.

Many North Carolinians work for companies that started or are headquartered in other countries but maintain large facilities and workforces in our state. Many other North Carolinians work for companies based here but relying heavily on plants, suppliers, or distributors in other markets. The fuzzy line between "domestic" and "foreign" runs right through their jobs and paychecks.

I also think using punitive taxes or restrictive rules to make imported goods artificially expensive is little more than a coercive attempt by government to dictate buying decisions and thus redistribute income from consumers to producers. I object to that on principle.

But set aside these definitional and philosophical matters for the time being. On its own merits, protectionism tends in practice to be a counterproductive policy. Its net effect is to reduce employment, not to boost it.

One pioneer of economic analysis, Frédéric Bastiat, made this point well in a famous 1850 essay. He observed that when government or any other institution takes an action, there isn't a single effect but rather a series of them. The immediate effect is easily seen. Others come later and can escape notice, like a visible billiard ball moving across a table of invisible ones and producing patterns that can only be detected indirectly by sound or touch.

"The entire difference between a bad and a good economist is apparent here," Bastiat wrote. "A bad one relies on the visible effect while the good one takes account both of the effect one can see and of those one must foresee."

In the case of trade restrictions intended to boost domestic employment, you have to reason beyond the initial effect to understand and predict the overall consequences. If protectionist policies raise the cost of imports, consumers may well purchase domestic alternatives in the short run. But many will ultimately respond to the higher prices by buying less of the good in question, choosing to purchase other kinds of goods (including imports) or services instead.

The authors of a recent National Bureau of Economic Research working paper used economic data to simulate the effects of various trade policies. They found that the substitution effect I just described offsets the protection afforded domestic industries, resulting in a net loss of manufacturing jobs - not to mention the wholesale and retail jobs the policy also endangers.

Another billiard ball you have to track across the table is retaliation. Many companies, workers, and farmers are suffering significant losses as other countries retaliate against American tariffs. Some $33 billion in exports departed North Carolina for foreign markets in 2018, including aircraft and automotive products, pharmaceuticals, wood products, tobacco, machine parts, pork, poultry, textiles, and fiber-optic cable.

Lots of North Carolinians earn their living by designing, producing, processing, transporting, or marketing these wares. Political posturing and "tough" talk can't replace the income they lose as other countries hike tariffs in response to ours.

There are bad actors in international commerce, of course - and China is certainly among them. To the extent Chinese firms and officials swipe intellectual property or engage in other coercive or fraudulent activity, their actions merit a spirited, targeted response. Generalized tariffs or trade barriers do not constitute such a response, however. They are the policy equivalent of blunderbusses. They do tremendous harm to innocent bystanders, including North Carolinians whose jobs and opportunities depend on access to the global market.

Many victims of protectionism may not know the policy is hurting them. But their losses still count. There aren't enough benefits to offset them.