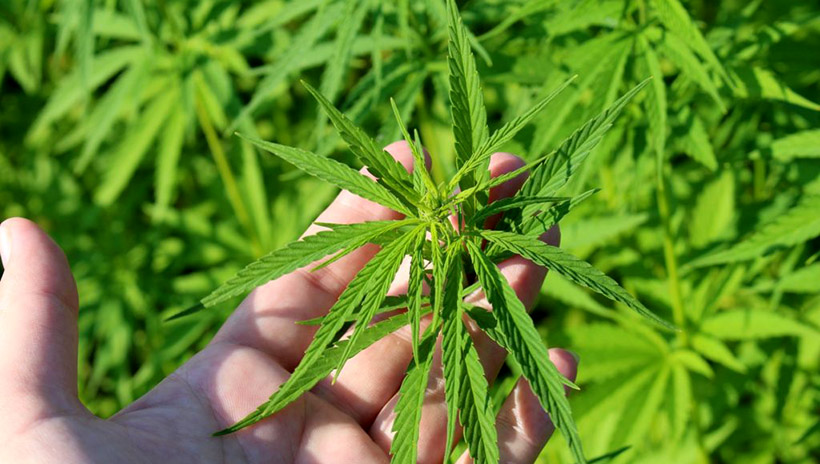 The future of smokable hemp in North Carolina remains unsettled, nearly a month after lawmakers last took it up.

Two Senate bills dealing with hemp are stuck in the House Rules Committee. One, Senate Bill 352, would effectively ban smokable hemp in December. Senate Bill 315 - the farm bill - could either transfer language from S.B. 352, or include provisions for legalization.

"The House Rules Committee is in current jurisdiction of all hemp provisions in the House and will continue to fully vet them to ensure that, should this issue be addressed, it will be addressed in a thoughtful and thorough manner," Lewis said in a statement.

The federal government removed hemp from the list of controlled substances last year, giving states some leeway to regulate it. S.B. 352 would make smokable hemp a controlled substance under state law, basically making it illegal again. Lawmakers skeptical of a ban outlined some key concerns last month in the House Judiciary Committee. The ambiguous language in S.B. 352, several members said, could complicate the issue for farmers, businesses, law enforcement, and the courts.

Rep. Jay Adams, R-Catawba, questioned what actually qualifies as "smokable" hemp. The bill says smokable hemp is simply "raw or dried hemp plant material," and not hemp extracts, such as CBD oil. But what if someone put CBD oil in a cigar or pipe tobacco?

Rep. Jimmy Dixon, R-Duplin - who urges a ban - said the intent behind the bill was never to outlaw hemp extracts like CBD oil, which are used widely for medicinal purposes. Dixon has said he worries legalizing smokable hemp will inevitably lead to legal marijuana, which he opposes.

But the question of separating smokable hemp from other hemp products remains critical for law officers, who will have to decide whether someone smoking a joint containing hemp products is breaking the law.

Another concern is probable cause. If an officer pulls someone over for a traffic violation and suspects the person has marijuana in their car, the officer won't have reasonable suspicion to make an arrest, Dixon argued, since it's impossible to tell the difference between marijuana and hemp by sight or smell.

Rep. Robert Reives, D-Chatham, disagreed. He argued law enforcement officers have only depended on the smell of marijuana to make arrests within the past four or five years. Other ways of reasonably suspecting marijuana possession do exist, however.

"I'd be absolutely positively shocked if this would stop law enforcement from getting someone on a traffic stop," Reives said during the committee meeting.

Mike Schietzelt, criminal justice fellow at the John Locke Foundation, said basing probable cause on the smell of marijuana has stirred controversy. Other signals, like visual evidence of intoxication, would make for a stronger case.

Whatever the solution, Schietzelt said, it's not a win-win. Lawmakers will probably have to decide who takes the fall - law enforcement or hemp producers.

"We have to ask what we value more. Do we value access to this market, or do we value prohibition on marijuana and marijuana possession?" he said.

In addition to probable cause, Rep. Hugh Blackwell, R-Burke, took issue with the bill's condition for "intent." The bill says hemp material must be in a form "intended to allow THC to be introduced into the human body." Blackwell said the provision seemed unnecessary.

"Why do we care about intent?" he asked.

Even if lawmakers ironed out all of the bill's many wrinkles, they may still run into legal issues. In Indiana in June, seven companies filed a federal lawsuit after the state passed a smokable hemp ban earlier this year.

Rep. Kelly Alexander, D-Mecklenburg, who supports legalization of both marijuana and smokable hemp, said lawmakers should defer to the federal law legalizing all forms of hemp and allowing the U.S. Department of Agriculture to regulate the industry.

"You have a federally permitted product, hemp, and now you have a state attempt to make a federally legal product illegal within the bounds of your state - which a lot of people believe is ultimately going to be an unconstitutional exercise," Alexander told CJ.

Alexander noted that a pound of smokable hemp can generate upwards of $800 a pound; oils sell for about $40 a pound.

Reives told CJ it's unclear whether lawmakers will use the farm act or the separate bill to address the issue.

"I feel sorry for the farmers involved in this," he said. "I feel really bad for law enforcement involved in this, because it's an issue they didn't create, and it just makes life difficult for them. And I cannot imagine investing in a business and then suddenly waking up one morning and hearing you have to stop."