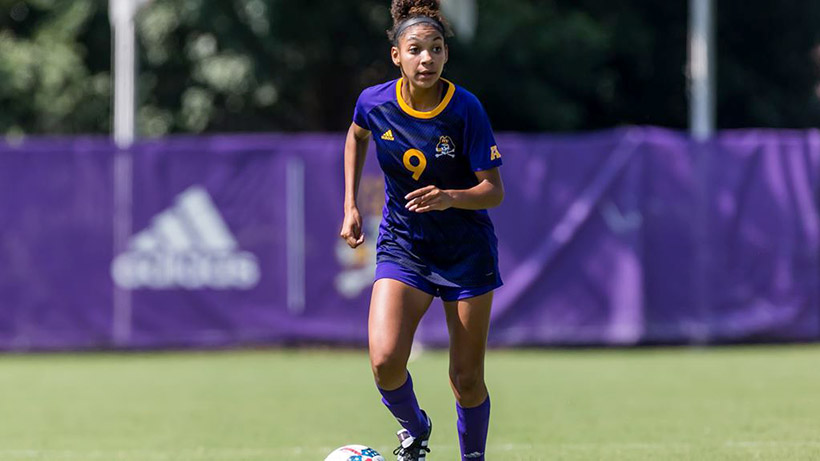 "We have been telling Jayda she could be the best defender in the conference since the day we got here," said head coach Jason Hamilton. "She was good when we arrived, but has the potential to be great. She is probably the biggest change we have seen in a player as far as standards and expectations on the field and in the classroom, which is what you need from your best players. We are glad the other coaches recognized her for this and we are excited to see what she does this season."

Hylton-Pelaia started all 19 games during the 2018 season, setting new career-highs with two goals and four assists. The Brampton, Ontario native racked up the honors, as she was named both All-AAC Second-Team and to the AAC Championship All-Tournament Team. During the season, Hylton-Pelaia was named AAC Defensive Player of the Week on two occasions.

Hylton-Pelaia is coming off her first appearance at a senior international tournament as she represented Jamaica at the Pan Am Games in Lima, Peru earlier this month. Hylton-Pelaia started all four games for the Reggae Girlz, playing a total of 360 minutes as Jamaica finished in seventh place.

ECU was selected to finish fifth in the preseason coach's poll after finishing the 2018 season in a tie for fourth place. USF was the top vote getter in the poll, finishing with 76 points while Memphis was right behind with 74 points. Both the Bulls and the Tigers earned four first-place votes while UCF received the other two.

Hylton-Pelaia and her ECU teammates will have one exhibition to prepare for the season as the Pirates host VCU at 7 p.m., on Friday, Aug. 16 in Johnson Stadium. The regular season will get underway on Thursday, Aug. 22 when ECU welcomes George Mason to Greenville. All 10 Pirate home games will be free to attend for all fans.