The Milk Commission may make a return to North Carolina, but a bill reestablishing the commission still has a ways to go before becoming law. carolina journal, milk commission, stamp of approval, august 8, 2019
Home
Categories
Login

Milk Commission Measure Moves Forward but Without a Stamp of Approval 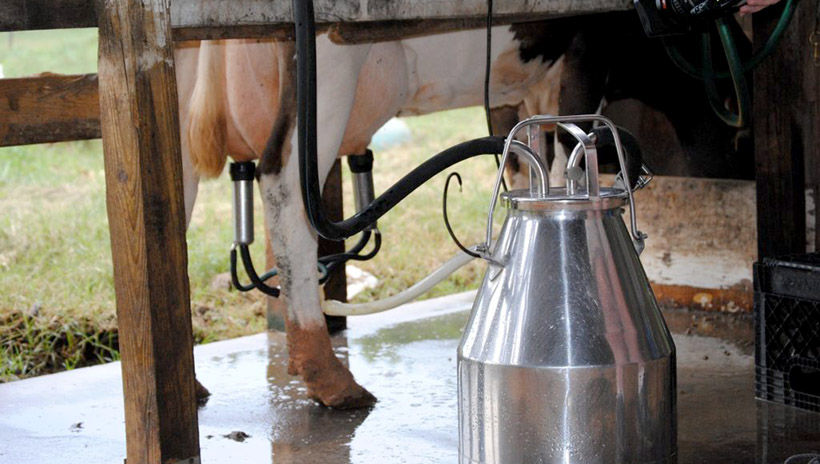 The Milk Commission may make a return to North Carolina, but a bill reestablishing the commission still has a ways to go before becoming law.

The House Agriculture Committee debated Senate Bill 380 Wednesday, Aug. 7, and unanimously voted to move the bill forward to the House Judiciary Committee without giving it a favorable or unfavorable ruling. Rep. Jeffrey Elmore, R-Wilkes, said that while the House Agriculture Committee agrees it's important to support dairy farmers, the Judiciary and Finance committees are better equipped to debate the details of the bill.

During a July 31 House Agriculture Committee meeting, Reps. Jeff McNeely, R-Iredell, and Pat Hurley, R-Randolph, stripped the language from S.B. 380 and inserted new language bringing back the Milk Commission in an attempt to aid the shrinking dairy industry in North Carolina.

"We know this is a first chance to try and do something for our dairy farmers who are suffering and who are not getting the funding they need to survive," Hurley said.

Four local dairy farmers spoke to the committee about the challenges facing the N.C. dairy industry. They said when the Milk Commission existed, the price of milk was stable and the industry could flourish. But today, fewer and fewer dairy farms are in operation.

"If something is not done, dairy in N.C. is going to be terminal," Johnny Moore, a Rowan County dairy farmer told lawmakers.

S.B. 380 would create a 10-member board to oversee the milk business. Board members would be tasked with mediating disputes between producers and distributors, and issuing licenses to those wishing to distribute milk. But the portion of the bill that garnered the most controversy is a provision granting the Milk Commission the ability to set prices for milk.

The Milk Commission could set the maximum and minimum wholesale and maximum retail prices for milk, so long as the body finds price-setting is in the public interest.

McNeely said bringing back the Milk Commission will bring market stability and level the playing field for local dairy farmers struggling to compete with dairy conglomerates shipping cheaper milk in from across the country.

"I think when you take a step back and look at with milk production up 15% and the demand at about 8 or 9%, tariffs and other issues, this may not be the silver bullet you are looking for," Ellen said.

Ellen said that if lawmakers are looking to model after states with a milk commission, like Virginia and Pennslyavnia, then they should know that milk production has gone down more so in those states than it has in North Carolina.

"What I do know is based on the prices that Rep. McNeely referenced, and looking at Virginia and Pennsylvania, you would be seeing in some instances up to 100% increases in the price of milk which may cost your consumer - if they buy a gallon a week - $75 or more a year," Ellen said.

Ellen said the Milk Commission may not save the dairy industry, but other strategies like providing tax credits for dairy farmers or creating a taskforce to study the issue may be more helpful.

Jon Sanders, director of regulatory studies at the John Locke Foundation, said the only real way for the milk industry to compete is with lower prices because milk largely tastes the same. N.C. dairy farmers are having a harder time competing with dairy farmers in other states, but Sanders said that's because of North Carolina's warmer climate.

"It's not their fault, but it's also not North Carolina's families responsibility to pay higher prices for milk," Sanders said. "The whole reason for bringing back the Milk Commission is to keep milk prices artificially high to prop up state dairy farms."

Laura Kilian, the legislative liaison for the N.C. Department of Agriculture, said the department hasn't taken a position on the bill as it isn't sure the measure will aid the state's dairy industry.

If the bill eventually passes the House, it's unclear if the Senate will consider it before next year's short session.