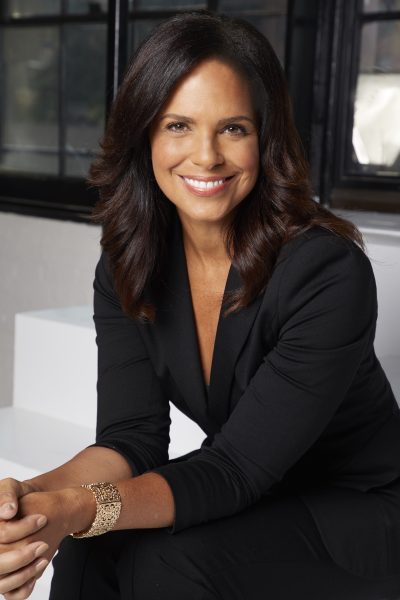 Soledad O’Brien
East Carolina University's Thomas Harriot College of Arts and Sciences soon will launch the 13th season of its signature Voyages of Discovery Series. This year's lineup spans a broad range of topics, including diversity in our lives, the quality of the air we breathe, traveling beyond our own backyards and breaking records.

"This academic year marks 100 years since women's suffrage. In that historical context, it is no accident that there are two remarkable women who bookend the 2019-2020 Voyages season," said Dr. Jeffrey Johnson, director of the series and professor of English.

The series opens on Sept. 18 with the Premier Lecture featuring Soledad O'Brien, who will discuss "Diversity: On TV, Behind the Scenes, and in our Lives."

O'Brien is an award-winning journalist and entrepreneur. She is the host of the Sunday morning syndicated political show "Matter of Fact with Soledad O'Brien," which gives voice to the underserved and disenfranchised. As an entrepreneur and philanthropist, O'Brien founded PowHERful, a foundation that mentors and funds college tuition and expenses for young women. 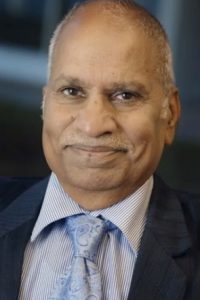 Dr. R.K.M. Jayanty
"O'Brien celebrates the rich diversity that makes our country so wonderful," said Johnson. "O'Brien is the living embodiment of the American dream, of what is possible when opportunity is equally available."

On Nov. 7, ECU will welcome Dr. R.K.M. Jayanty, chemist and Distinguished Fellow emeritus for RTI International, who will present "My Life Journey and Scientific Contributions to Improve Air Quality." 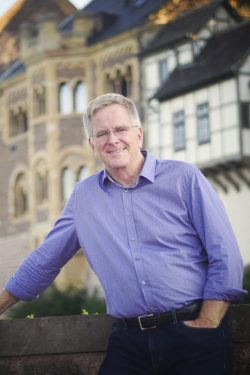 Rick Steves
"Jayanty was on the verge of becoming a 'throw away' child in India. His personal story of the path that led to him earning a Ph.D. in chemistry is as compelling as the innovative science he has created that tangibly improves air quality here and across the globe," Johnson said.

Two events will follow in the spring semester. On Feb. 20, the series will feature American travel writer, TV personality and activist Rick Steves. Steves, who took his first trip to Europe in 1969, has since developed his own business and encourages Americans to broaden their perspectives through travel. His audience will explore the topic of "Travel as a Political Act."

"What I find especially appealing about Rick Steves is that he thinks of travel not simply as a getaway or escape," said Johnson. "Instead, he awakens us to the rewards and responsibilities of traveling as thoughtful and reflective people, as a way to know ourselves better by coming into contact with the wider range of human history and human cultures." 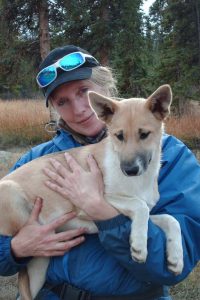 Libby Riddles with Pumpkin
Rounding out the season on March 26 is Libby Riddles, American sled dog racer and the first woman, in 1985, to win the legendary Iditarod Trail Sled Dog Race. Riddles finished the 1,135-mile trail in 18 days, 20 minutes and 17 seconds, a full three hours faster than the second-place finisher, bringing instant fame to the race and becoming an inspiration for many. She will discuss "Blazing Trails with Sled Dogs: The Iditarod's First Woman Champion."

"Libby Riddles is a world-class endurance athlete who is well aware of the challenges that face women who compete with men. She also welcomes her role as a leader who inspires others to blaze trails of their own," Johnson said.

Harriot College continues to host special speaker receptions prior to each of the evening events. Receptions are limited to 80 guests.

Individual and season tickets to receptions and evening events are available through the ECU Central Ticket Office by calling 252-328-4788, toll free at 1-800-328-2787 or by visiting www.ecu.edu/voyages/tickets.cfm. Individuals requesting accommodations under the Americans with Disabilities Act (ADA) should call 252-737-1016 (voice/TTY) at least 48 hours prior to the event.

Each Voyages presentation will be classified as a Wellness Passport Event and is free for ECU students. Tickets are required. To receive a free ticket, ECU students must go to the ECU Central Ticket Office, located in the Main Campus Student Center, and present his/her 1 Card.

The series is made possible through contributions from Harriot College's Dean's Advancement Council, WITN, Inner Banks Media, university organizations and many other friends and supporters. For more information, or to contribute, visit www.ecu.edu/voyages.