Why Do So Many North Carolina Colleges Have Such Low Graduation Rates? | Beaufort County Now

Why Do So Many North Carolina Colleges Have Such Low Graduation Rates?

Published: Sunday, September 8th, 2019 @ 1:14 pm
By: James G. Martin Center for Academic Renewal   ( More Entries )
Publisher's note: The James G. Martin Center for Academic Renewal is a nonprofit institute dedicated to improving higher education in North Carolina and the nation. Located in Raleigh, North Carolina, it has been an independent 501(c)(3) organization since 2003. It was known as the John W. Pope Center for Higher Education Policy until early January 2017. 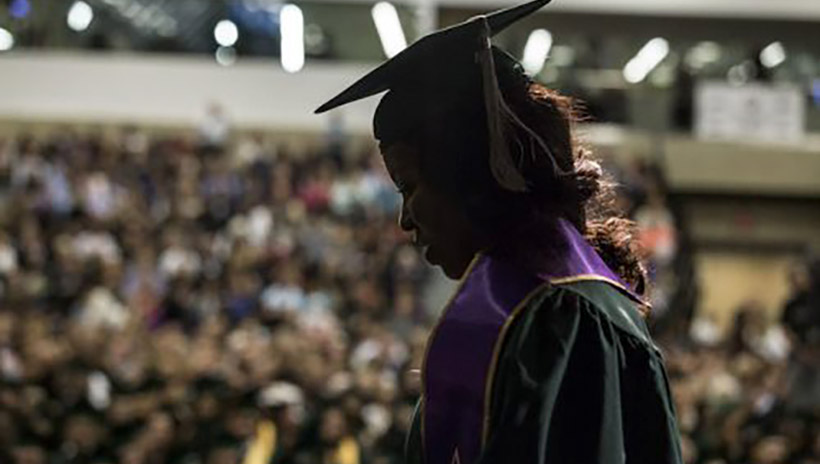 The era of the four-year bachelor's degree is over; today, only top students graduate within the traditional college timeline.

Few North Carolina colleges can graduate the majority of their students within four years-the average four-year graduation rate is only 35 percent. Even so, that rate is better than the national average of 33.3 percent. The six-year national graduation rate is 57.6 percent.

Students at private colleges and universities usually fare better: The four-year national graduation rate is 52.8 percent, and 65.4 percent earn a degree in six years, according to the Department of Education.

The new benchmark for college graduation is now the six-year rate; the National Center for Education Statistics promotes the six-year rate instead of the four-year rate. The goalposts for evaluating how well colleges educate students keep moving. 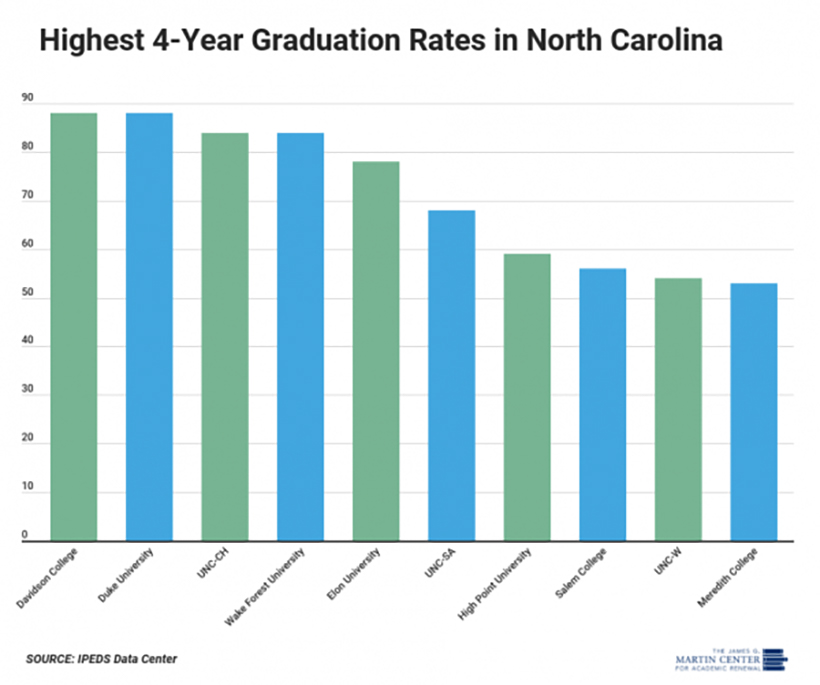 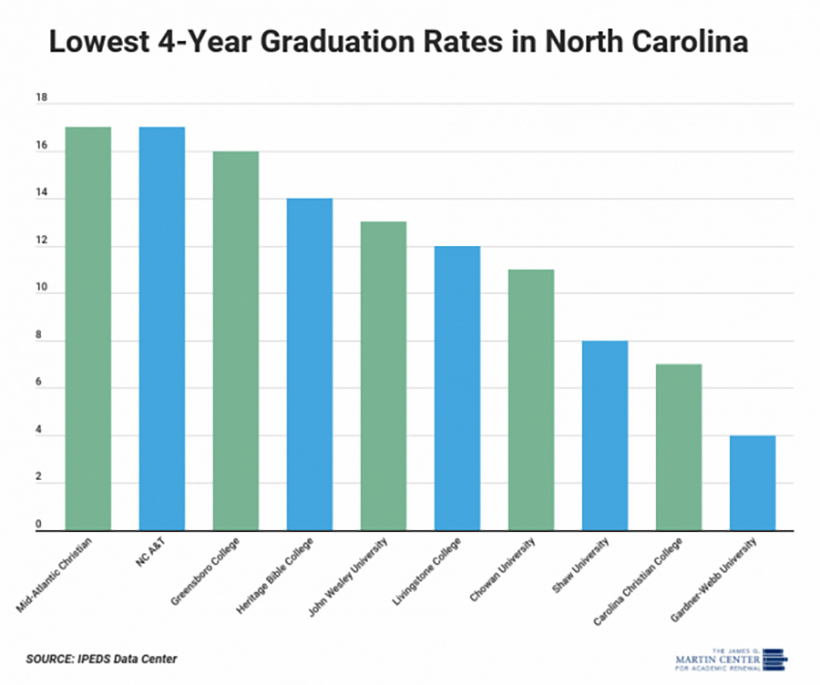 The trend makes sense, as elite institutions accept students with strong academic backgrounds who usually have the best plans and resources to graduate on time. Graduation rates don't only depend on the initiative of students, however-many universities with similar student bodies have wildly different graduation rates. Colleges that prioritize high graduation rates, especially for part-time students, tend to have much higher graduation rates.

Students don't graduate for a variety of reasons. The most common reason students don't graduate is that they attend part-time and struggle with the work-life balance being a part-time student entails. A Public Agenda survey found that most adults who left school said that they left due to difficulties with juggling work and school. There is also little institutional support for part-time students, and many schools do a poor job of informing students how many credit hours they need to earn for a degree.

For students who attend a community college, many enroll with the intention of transferring to a four-year university to complete a bachelor's degree. But they face another problem: transfer credits. On average, students lose 43 percent of their credits earned when they transfer. Many students also get stuck in remedial coursework or take too many exploratory courses that don't earn them credit toward a degree.

Furthermore, many students are not adequately prepared for college-and colleges have a poor track record of getting them up to speed. A 2017 Hechinger Report investigation of 911 two- and four-year colleges found that 96 percent of schools enrolled students who required remediation. At least 209 schools placed more than half of incoming students in at least one remedial course.

However, remediation courses are not the best solution to help students, and in many cases, they push students to drop out.

While the results from Completion by Design are hard to track, the program shows that community colleges have an appetite to improve completion rates and grapple with their weaknesses. Figuring out how schools can reform their approach is crucial in improving completion rates.

In addition to completion-focused advising and better student remediation, some researchers advocate for more childcare services on campus. Student-parents have worse completion rates even though, on average, they have higher GPAs.

Advocates for student-parents claim that on-campus childcare centers and accounting for childcare costs when colleges offer financial aid would help student-parents complete their educations. Offering such non-traditional support would be a new step for colleges, but thinking outside the box and focusing on the students who struggle most could mean big improvements in graduation rates.

Another difficult barrier can stop students from earning a degree: The ever-rising cost of college. A recent study found that 39 percent of students with loans would consider dropping out of school to avoid more debt. If the cost of a college education went down, fewer students might not drop out.

Although cutting costs might seem unrealistic, especially at public universities, it can be done. Purdue University, for example, under the leadership of former Indiana governor Mitch Daniels, cut costs as many other public universities continue to increase tuition. In Oklahoma, Oklahoma University president and retired executive James Gallogly successfully cut costs in order to freeze tuition hikes.

At Purdue, students appreciate the fiscally conservative approach that President Daniels took to reduce their cost of education. If universities followed the examples set by Daniels and Gallogly and attempted to rein in their reckless spending, students might not get pushed out of the classroom due to financial issues.

In North Carolina, state legislators have lowered tuition rates by sending $51 million from the state's general fund to lower tuition at some UNC schools. The NC Promise program encourages prospective students to attend UNCP, ECSU, and WCU by lowering their tuition rates to $500 per year for in-state students and $2,500 for out-of-state students.

It's too early to tell, though, whether NC Promise will be a success. "More time and data is needed to certify that NC Promise is an effective means of broadening college access-and not a diversion from meaningful improvement," Will Rierson wrote for the Martin Center.

At many North Carolina schools-public and private-new thinking is desperately needed. Thirty-four colleges have six-year graduation rates below 50 percent, meaning that many students get debt, but can't get a degree.

David Waugh is a Martin Center intern. He studies economics at Hampden-Sydney College.