Debate Over Liquor Reform in N.C Was Never About Alcohol | Beaufort County Now

Debate Over Liquor Reform in N.C Was Never About Alcohol 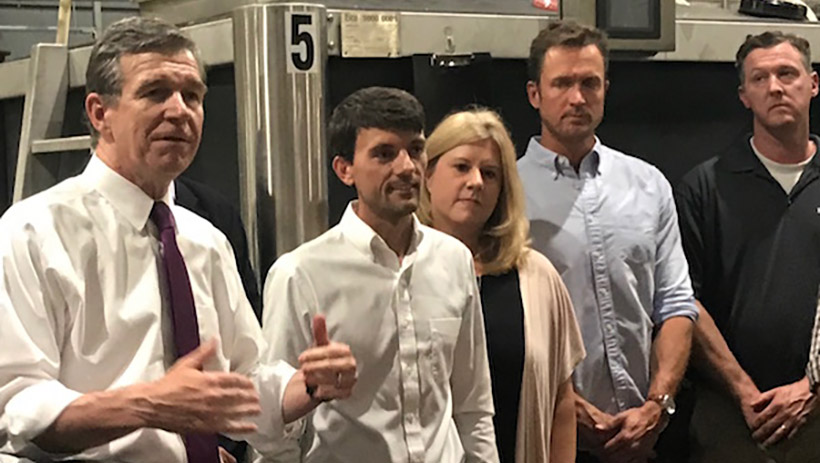 The debate that led to the passage of Senate Bill 290 wasn't about alcohol.

I've written and said this many times, as have my colleagues at Carolina Journal and The John Locke Foundation.

Certain lawmakers, the Chuck McGradys, Jon Hardisters, and Rick Gunns of the world, have said it, too. Over and over again.

Finally, their more reticent colleagues began to listen, and to ultimately agree. The incessant fight to reform North Carolina's ancient liquor laws - unfriendly to business and consumers alike - culminated with a huge victory when the governor signed S.B. 290, which, among many other things, will allow craft distillers to sell mixed drinks and to sell from their distilleries as many bottles as people will buy.

Again, it's not about alcohol. It is, though, about jobs, the economy, entrepreneurship, and the community.

Gov. Roy Cooper said as much before he signed the bill Monday, July 29, at Graybeard Distillery in Durham.

Tourism and jobs, he said.

Sen. Rick Gunn, R-Alamance, the N.C. Senate sponsor of the amalgamation of bills that become S.B. 290, said as much many times. Privately, to the media, in committee hearings, and on the Senate floor.

"Once you get off the subject of just alcohol ... you go to the bigger picture of how do you help a small business?" Gunn asked. "How do you help an entrepreneur? We found out that started selling a lot better? I think, and I'll say it again, the most important thing was we gave our craft distillers the same opportunity afforded our wineries and our craft brewers, and it started resonating that this is a business. You may not necessarily like or be in favor of the product, or participate, but you do like entrepreneurship and growing small businesses in North Carolina.

"I am very appreciative of [the N.C. Alcoholic Beverage Control Commission] ... for opening their eyes this year and saying OK, you're telling me that there's a way that we can have our control that we think is so important, and rightfully so, and regulation, but at the same time we can make a difference in these companies and these entrepreneurs."

"I think they just [looked] at the broader bigger picture, and it's paid enormous dividends, and will for a long time," Gunn said.

Cooper dedicated Monday's bill signing to Leanne Powell, who recently died after a stroke. Powell, who made a career in politics before becoming a distiller, was one of those innovators Cooper was talking about.

Powell, a relentless supporter of alcohol reform in North Carolina, saw a crumbling prison in Cabarrus County and envisioned Whiskey Prison. Powell, along with her partners and supporters, didn't stop creating, cajoling, and building until those decaying concrete structures and weedy sidewalks became a whiskey destination.

Powell's husband, Drew Arrowood, will continue where Leanne left off. He'll hold concerts and serve cocktails, and people will eat from a line of food trucks. In little Mount Pleasant. Something similar will happen in Wilkesboro, in Knightdale, in Benson. In Mount Airy and in Belmont.

That's what Leanne Powell would want, Arrowood says. A sense of responsibility - to themselves, to their families, and to their communities. A responsibility to make things better.

"For people to look at their local community and try to give jobs, to make things in America. That's what she did when she was in politics," Arrowood said. "That's why she made bourbon, because it can only be made in America. She'd want people to remember that we may only have a short time here. ... Get your stuff done, right?"

Just as lawmakers have done. As Cooper did Monday.