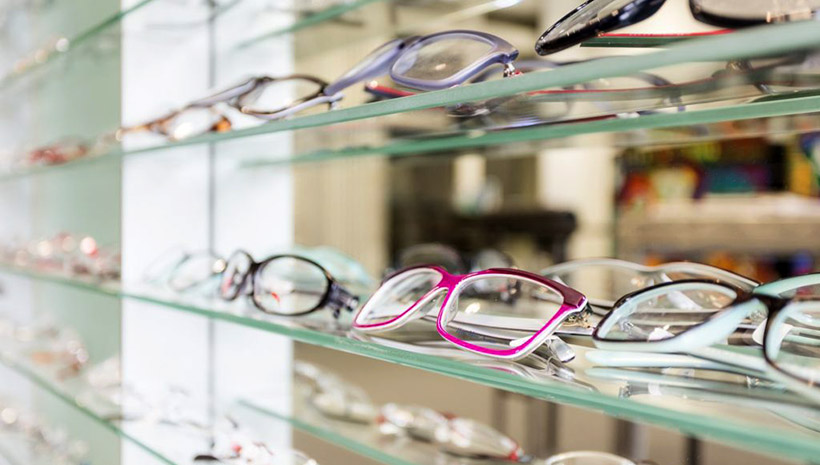 Navy veteran Scott Smith went to bed on a Friday night. When he awoke the next morning he was blind.

Scott, who was a welder, suffers from optic neuropathy, which cost him his vision.

But for the past four years, Smith has worked in an optical factory in Winston-Salem, handling the machines that put scratch-resistant coating on glasses for veterans.

Yet worries have resurfaced. As a result of a federal court ruling, IFB Solutions, the country's largest employer of the blind, will have to axe 137 jobs in Winston-Salem.

"When the [Veterans Administration] started talking about pulling contracts with no extensions, it started hitting home about the possibility of losing our jobs. It's very stressful," Smith said. "Everyone has to make a living, and it's so hard for blind or vision-impaired people to find a job. ... The chances of blind people getting a job is less than 30%. It's scary, ain't it?"

The decision of the U.S. Court of Appeals for the Federal Circuit required the VA to favor veteran-owned businesses over nonprofits that employ the blind and disabled, otherwise known as AbilityOne nonprofits.

The consequences of that ruling are rolling across the country, but they arrived in North Carolina first.

When PDS, a veteran-owned business in Sparta, New Jersey, sued for precedence under the Veterans First program, IFB Solutions lost its contracts with the VA. The company says the loss will force it to lay off 137 employees, 76 of whom are blind, 15 of them veterans. The VA contracts are slated to end this fall.

The blind face a 70% unemployment rate. More than half of IFB Solutions' blind employees had to move to Winston-Salem for a job, CEO David Horton says.

"For a lot of these people who are blind, it's the first job they've ever had, and it's amazing to hear the stories of hope and independence - how people are able to start living the American dream and buy their first house, and to change their outlook on life because they have a job," Horton said. "So, the idea of losing that job is just devastating."

Giving precedence to the blind in government contracts is as old as President Franklin Roosevelt's New Deal. Congress expanded the program in the 1970s with the Javits-Wagner-O'Day Act, which included nonprofits employing blind or disabled people under its umbrella of preferential treatment.

The program has come under fire before. Advocates for the blind have accused AbilityOne nonprofits of paying workers subminimum wages, for lacking transparency, and for failing to adequately manage their financial resources.

The struggle between veteran-owned businesses and nonprofits who employ the blind and disabled is more recent. It began in 2006 when Congress created the Veterans First Contracting Program to help veterans start small businesses. To qualify, a veteran must have majority ownership of the business, but they aren't required to employ other veterans.

"There was uncertainty because Congress did not do its job properly and spell out who got preference over the other. The question was left open," said Cato Institute Senior Fellow Walter Olson. "Short of going up to the Supreme Court, which only takes a small share of the cases assigned to it, the ball has landed in Congress. Congress would be the one to have to say that the disabled workforce has gotten a bad shake and needs more consideration."

IFB Solutions will petition the U.S. Supreme Court in September. In the meantime, the company has collected signatures from Congress for a letter addressed to the Secretary of the VA.

"The letter states that two programs should coexist and that the intent of Congress was not to put people who are blind or have other disabilities out of a job," Horton said. "We feel like veterans deserve as many opportunities that America can give them, and so do people who are blind and have other disabilities. There's enough business in the VA that we both can all be happy and be whole."

IFB isn't the only nonprofit agency that's worried. The VA is the second-largest federal customer within the agencies affiliated with the National Industries of the Blind. In Indiana, Bosma Enterprises received a notice saying that its business will be vetted.

"They're really worried," said American Council of the Blind Director of Advocacy and Governmental Affairs Clark Rachfal. "That's a big chunk of money, and that money pays and supports hundreds of employees. And there are employees at these agencies who are blind and disabled veterans. It's an unfortunate situation."

If worst comes to worst at IFB Solutions, Smith plans to begin volunteering at local grocery stores, where he would help other blind or disabled people shop.

"I'm not too far from retirement age," Smith said. "I'm paying it forward now being a vet by making glasses for veterans, so why shouldn't I pay it back by helping my blind brothers?"