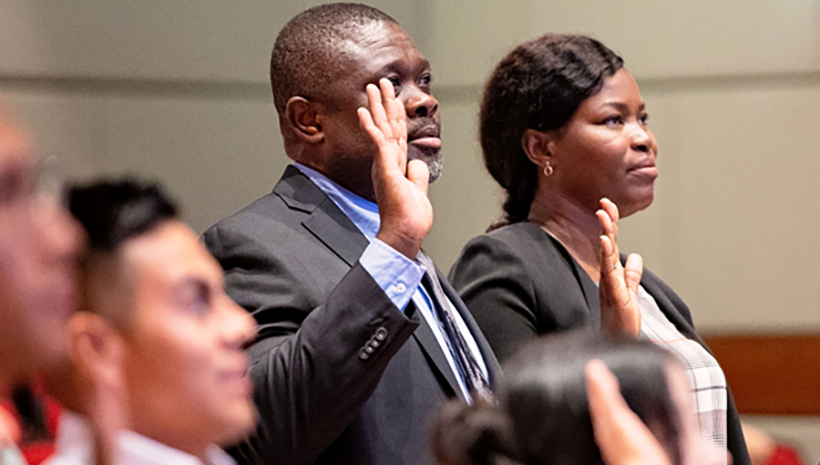 Publisher's note: The author of this post, Jamie Smith, is a contributor to ECU News Services. 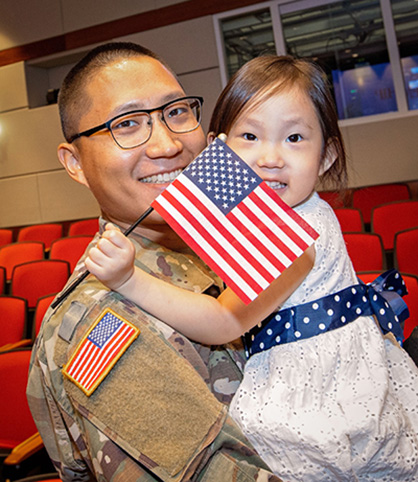 Two of the participants, Jessica Eargle and Henriette Mercer, found themselves sitting beside each other and sharing their stories as they waited for the ceremony to begin. Eargle, a native of Mexico, is 22 years old and came to the U.S. when she was 7. Mercer has lived in the U.S. since 1998 after growing up in Hungary.

After taking the oath of allegiance and receiving their certificates, the two hugged to celebrate. They said they decided to go through the naturalization process to make official what they already knew - that they were Americans.

"I love this country. I've visited Mexico a few times, but I feel like I am at home every time I'm here," said Eargle.

"I am an American. I've been here half my life," said Mercer. "[This ceremony] is the dot at the end of my story."

This was the fifth naturalization ceremony ECU has hosted in collaboration with the U.S. Citizenship and Immigration Services. Jon Rezek, assistant vice chancellor for global affairs, said his office is a natural fit for organizing the event since it serves as a liaison for most international activities at ECU.

"ECU has a lot of faculty, administrators, students and staff who are international or who have gone through the naturalization process. We view hosting the ceremony as a service to the community, particularly since so many of our own faculty and researchers are often involved," said Rezek.

ECU Interim Chancellor Dan Gerlach gave the keynote address to an auditorium filled with new citizens, their families and friends. 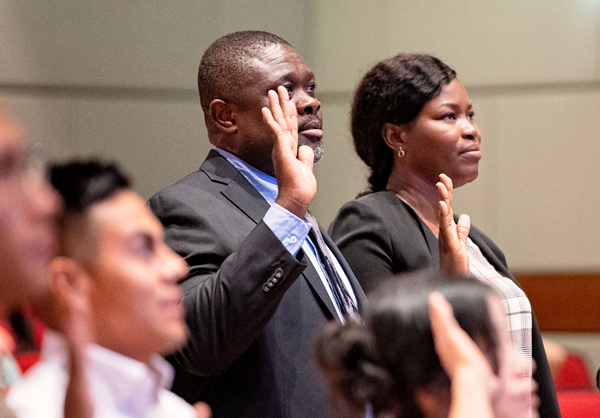 Blanchard said the United States was a dream for his family. For him, the ceremony helped put his family in a better position to give back.

"We have a good education, a good life. How can I not give back to the United States what I get? This country is my first country now," said Blanchard, who graduated from Wake Technical Community College in May and now works as an electrician.

College student Veronica Correa and her father, Jorge, were there to watch his mother, Elizabeth Tallaferro, take the oath of allegiance. The family is originally from Venezuela and Tallaferro is the last in their immediate family to become a citizen. Veronica helped her grandmother study for the naturalization test.

"It makes me realize how privileged I am to have been born a citizen," said Veronica.

United States magistrate judge and ECU alumna Kimberly Swank presided over the ceremony and offered congratulatory remarks. She reminded them of their rights listed in the Bill of Rights.

"You've all come to this country for many reasons. Chief among them is that you are now free people. Free to exercise these rights," said Swank. "When we started this ceremony, you were citizens of different countries. As we end it now, you are all citizens of one country, the United States of America."