Brexit apoplexy, crippling fears about the future of the Union — the Scots are once again discussing independence — and a riven governing Conservative Party that is only in charge with the assistance of an obscure Northern Irish group. stealth corbynism, brexit, union, scots, july 26, 2019
Home
Categories
Login 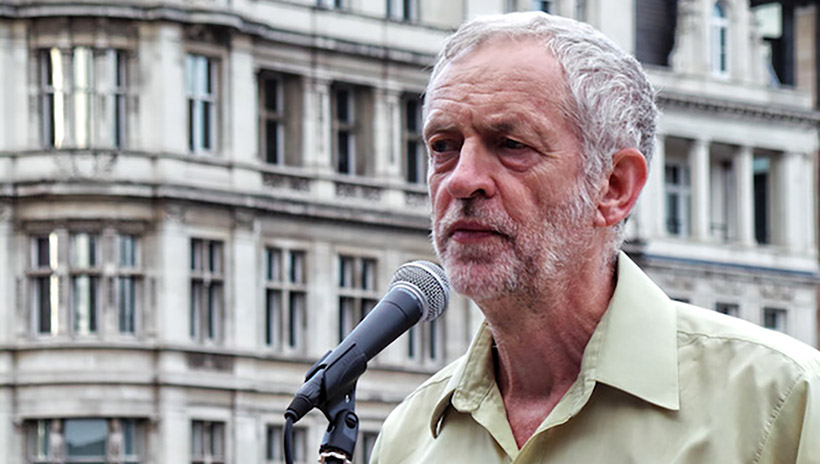 Brexit apoplexy, crippling fears about the future of the Union - the Scots are once again discussing independence - and a riven governing Conservative Party that is only in charge with the assistance of an obscure Northern Irish group. Having just returned from Britain, I can confirm the country is in a state of political paralysis. Walk into a pub with five friends and ask them how the country gets out of this mess and the conversation steers toward the weather and cricket world cup. After everyone has had two pints, you get five completely different answers, and the evening becomes decidedly uncomfortable.

The crisis has one redeeming feature. The opposition Labor Party seems incapable of exploiting it. It is currently led by Jeremy Corbyn, a kind of bedraggled sixties radical reminiscent of Bernie Sanders. Corbyn wants large increases in tax rates and domestic spending and a renationalization of industries like the railways and utilities. He despises business and the monarchy. He would prefer Britain be close to Cuba and Venezuela. In his heart Corbyn is a Brexiteer, believing the Germans and French are too conservative in their politics. He has done little to suggest accusations of anti-Semitism are inaccurate. He has called Hamas and Hezbollah "friends."

Britons are quite understandably concerned. Nearly all polls taken in 2019 reveal fewer than one-in-five have a favorable view of the Labor leader, a proportion consistently lower than that for the hapless former prime minister, Theresa May. But "stealth Corbynism" seems to be advancing nevertheless. It struck me almost as much as the pervasive gridlock during my recent travels.

"Austerity" is a central tenet of Corbynism. It's a word with roots in the government's response to the financial crisis of 2008. You would think it described a situation reminiscent of the decade following the end of World War II when food was rationed. But it refers to an unnecessary and mean-spirited cut in government spending. It's used to justify an opening of the spigot.

As a percentage of GDP and in nominal or real pound terms, however, government expenditures have actually grown and are now considerably higher than during the profligate period from 1997-2008 under Labor Prime Minister Tony Blair. Local governments have been crimped, but total U.K. government spending was about 2.8 times greater in current money in 2018 than it was in 1995. This figure is about 2.45 for our famously skinflint federal government.

A superficially benign but potentially radical form of environmentalism pervades public debate, as well. Declaring an "environmental emergency" and captive to the group Extinction Rebellion, Labor spreads it. A war rages against the use of plastics. One brews against air travel. Both are central to the UK's economy - for manufacturing and the country's huge tourism and service sectors. This does not worry Corbyn, who would have everyone working as teachers or in the National Health Service.

Corbynism has little truck with free speech - at least for his opponents. Criticizing members of "marginalized" groups is inherently racist and verboten. This includes, as Times columnist Clare Foges noted during my visit, Roma or "travellers" who often build illegal camps and disrupt communities with spates of vandalism and petty theft. Corbyn's allies, of course, should feel no such compulsion to hold their tongues. During my visit, Greenpeace members broke into a hall and threateningly approached the finance minister as he was giving a speech. When another minister escorted a female protestor from the room in a rather ungentlemanly way, she became the victim.

Perhaps the most worrying common quality of these developments is the Marxist belief there is no such thing as human agency. The "system" is at fault, one propped up by the support of generally old, white, and middle-class Britons - the types of people who voted for Brexit. There are still those on the left-of-center who embrace the virtues of personal liberty and individual responsibility - values born in the country of Magna Carta, the "original" Bill of Rights of 1689, and the "can-doism" of Churchill. They open businesses renting clothes to people concerned by the environmental effects of "throw-away" fashion or run nonprofits spreading classically liberal values in isolated and closed Muslim communities. But for the most part there is the comforting sense that none of this - the country's plight, your own misfortunes- is your fault. So, go ahead, do what you want. Be angry, think nothing of the consequences of your actions. Corbynism is, in essence, inward looking, despondent, almost nihilistic.

The lesson for Americans is that we need to keep our eye on the ball. Something like stealth Corbynism is gathering momentum here. A Trump victory might be the preferred outcome in 2020, but as we have seen from the past three years, he is hardly effective at arresting it and can often act as these ideas' most potent accelerant.