As a three-judge panel heard a second week of testimony in Common Cause v. Lewis, defense attorneys and witnesses tried to cast doubt on the ability of statistical analysis to predict how North Carolinians would vote in legislative elections. redistricting trial, gerrymandering, voters' discretion, common cause v. lewis, july 26, 2019
Home
Categories
Login 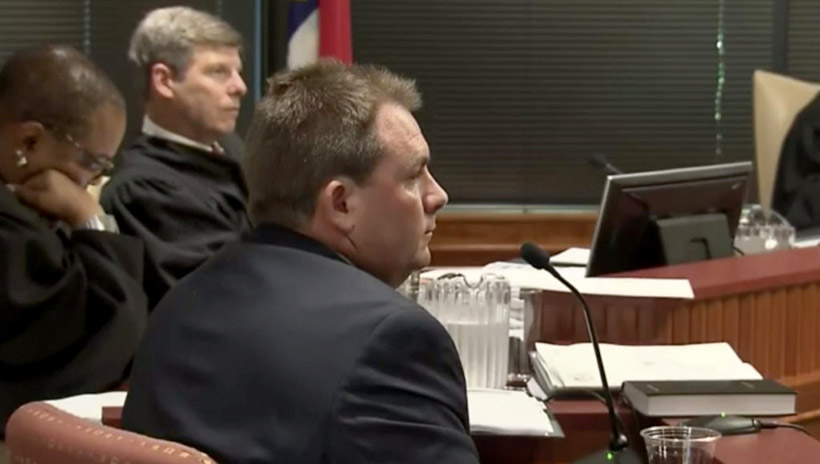 As a three-judge panel heard a second week of testimony in Common Cause v. Lewis, defense attorneys and witnesses tried to cast doubt on the ability of statistical analysis to predict how North Carolinians would vote in legislative elections.

Plaintiffs have produced several expert witnesses who illustrated how their computer-simulated district maps would produce more favorable results for Democrats than the Republican-designed maps enacted for the 2018 election. Defendants, in contrast, argue voters don't always side with their party affiliation, or according to how they've voted in the past.

Voters often consider other factors, such as the quality of the candidates, the issues they talk about, the public's general mood, or whether one candidate in their district is an incumbent, House Majority Leader John Bell, R-Wayne, suggested Wednesday. Voters' subjective opinions matter.

Senate Majority Leader Harry Brown, R-Onslow, raised similar points Thursday, describing his victory in 2004 over a Democratic incumbent, in a Democrat-dominated district. He attributed his win to a history of community involvement, including service as president of his county's Rotary Club and the Automobile Dealers Association.

The testimonies recall the first day of the trial, when Sen. Dan Blue, D-Wake, was pressed on whether the Democrats running in all 50 districts were candidates with strong election-winning potential.

Defense attorney Kate McKnight: "You had the goal to recruit good candidates in all 50 districts. And you met that goal?"

Blue: "We had candidates in all 50 districts."

McKnight: "You believe you did not have good candidates in all 50 districts?"

Blue grinned, eliciting a chuckle from the audience. "We had candidates in all 50 districts," he said.

Brown also suggested during his testimony that most issues the legislature discusses don't generate partisan splits. He cited a statistic from the General Assembly website, showing the senator who votes with the majority the least still concurs with the majority about 80 percent of the time.

Plaintiffs pointed out in cross-examination that, regardless of this statistic, the bigger issues, such as the state budget, often result in partisan splits. This year's budget, for example, was due July 1, and has stalled over debates related to Medicaid expansion.

Still, Brown emphasized that not every day in the General Assembly is a partisan squabble.

"I think sometimes the press acts like we're in the house fighting with each other, and that's not how it works," he said. "Whether I'm in the majority or minority, I'll work with people."