Judicial elections can frustrate voters. Other than names and party labels, it’s often hard to learn much about the candidates. They tend to avoid discussing issues that might prompt future court cases. judicial elections, candidates, views, july 24, 2019
Home
Categories
Login

Judge Worries Case Could Prompt Candidates to Shield Their Views 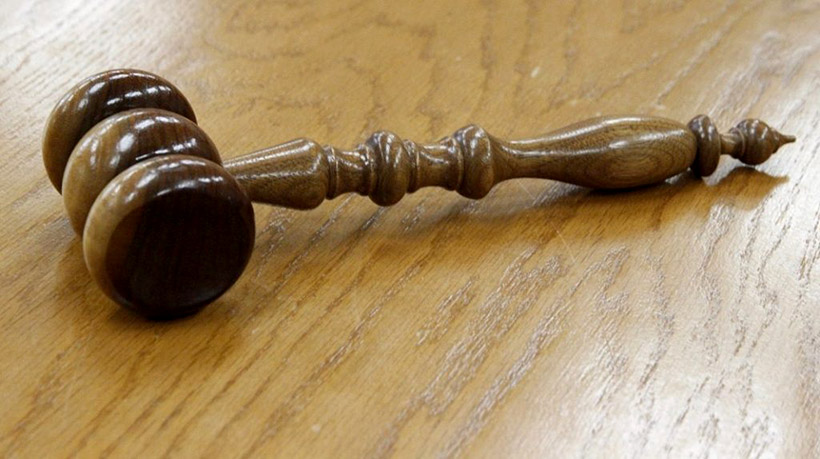 Judicial elections can frustrate voters. Other than names and party labels, it's often hard to learn much about the candidates. They tend to avoid discussing issues that might prompt future court cases.

At least one N.C. Court of Appeals judge worries that same caution could extend in the future to candidates for other elected offices. That's if those candidates pay attention to a recent ruling from North Carolina's second-highest court.

The ruling marks the latest development in a dispute that dates back to 2013. At that time, owners of 54 acres in Lincoln County contracted to lease part of their property for a solar farm. County commissioners denied a permit for the farm. That decision prompted a legal fight that has bounced around N.C. courtrooms, including two trips to the Appeals Court.

In a July 16 ruling in Dellinger v. Lincoln County, a three-judge Appeals Court panel agreed that the county should have granted the solar farm permit. But one aspect of the ruling bothered Judge Phil Berger Jr., prompting him to write a separate opinion.

The decision about the permit involved a quasi-judicial process. That means county commissioners were required to act like judges while considering the case. Property owners argued that Permenter's bias against their proposed solar farm disqualified him from that quasi-judicial role. They tried to have Permenter recused from the 2017 vote.

County commissioners disagreed. Permenter participated in the quasi-judicial hearing and voted on the permit.

All three appellate judges found this month that Permenter's conduct during the June 2017 hearing demonstrated clear bias against the solar farm. That bias was enough to help the plaintiffs win their case.

But the judges parted ways when considering whether Permenter's actions before the 2016 election should have played any role in the court case.

Tyson and Chief Judge Linda McGee agreed with the plaintiffs. They ruled that Permenter's words and actions as a private citizen should have disqualified him from considering the solar farm permit.

In a concurring opinion, Berger cautioned colleagues against considering Permenter's conduct before the 2016 election.

"I do not agree that the actions of a candidate or private citizen, prior to taking office, could alone establish bias and disqualify him from performing his duties as an elected official," Berger wrote. "Civic engagement has long been a hallmark of our country. Exchange of information in the marketplace of ideas is critical to fostering discussion and shaping the future."

"A candidate's expression of a particular viewpoint made prior to taking office should not prohibit him as an elected official from discharging his duty to thoughtfully consider matters that come before him after taking an oath of office," Berger continued. "An opinion voiced in an unofficial capacity, however forceful or persuasive, does not in itself hamstring one's ability to be impartial."

The concurrence warns of a potential negative consequence involving future candidates for elected office. "In response to the Majority Opinion, the prudent candidate for [county] commissioner will hide behind the phrase, 'I am sorry, but I am not permitted to discuss my position on the issues or matters, which may come before me in a quasi-judicial setting,'" Berger wrote. "Commissioner races will become as boring as judicial races."

"Every elected official was at one point a candidate, and every candidate was once a private citizen with beliefs about what is best for his community," he argued. "Candidates should be encouraged to state their positions on issues of public importance, and this Court should not preclude candidates from sharing their ideas in the public square."

This decision could affect more than just one Lincoln County solar farm dispute.

"Citizens should be knowledgeable about issues that have or will affect their community, and they should be encouraged to share that knowledge," Berger wrote. "Labeling an elected official as biased based upon communications made before taking office curtails public involvement and threatens free speech."

As a likely N.C. Supreme Court candidate in 2020, Berger will no doubt feel compelled to limit his own public statements about matters that might arrive at that court in future cases. He and other candidates could end up conducting relatively "boring" judicial races with little substantive policy debate.

But the concurring opinion in Dellinger v. Lincoln County might help. It offers voters clues about Berger's approach to civic involvement, free speech, and the importance of sharing ideas in the public square.