Trump's Rally in Greenville, NC was a YUGE SUCCESS !! 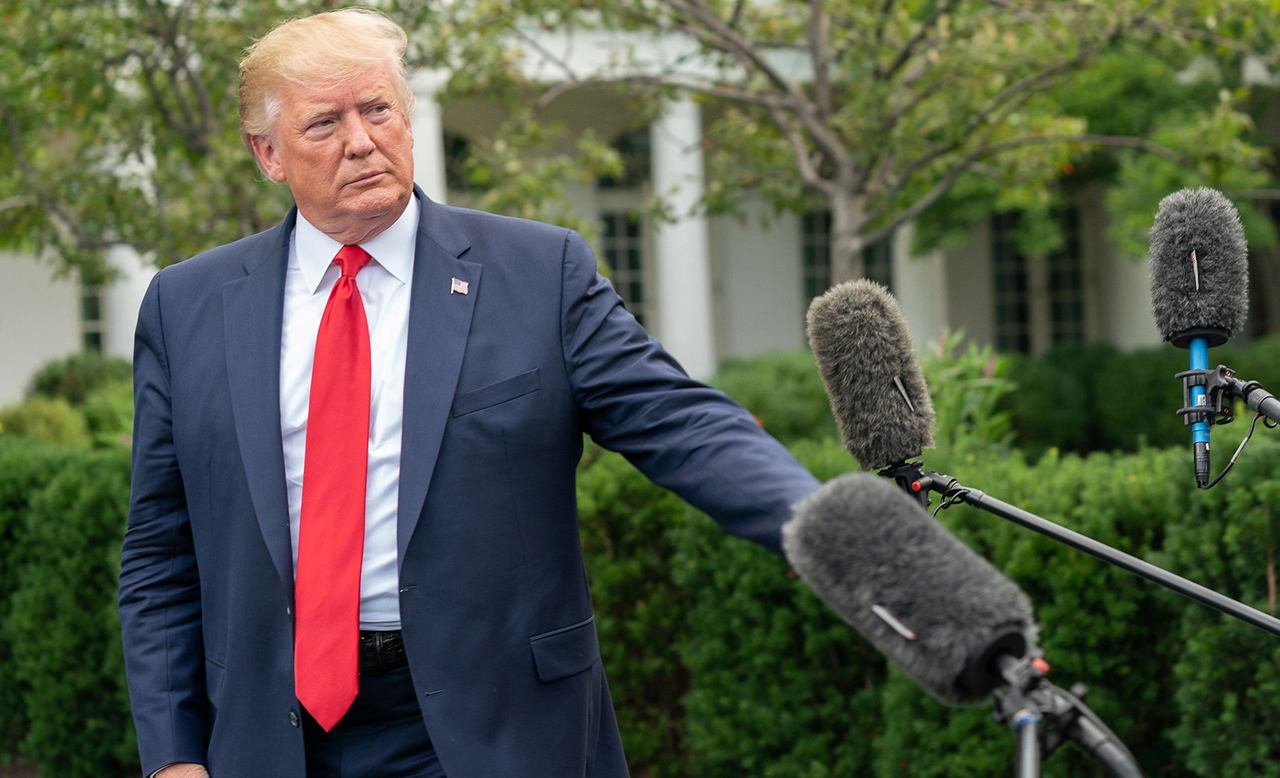 The quiet before the Greenville, NC "SEND HER BACK" storm; Mr. Trump leaves the White House for his direct route to Minges Coliseum: Above.     Click image to expand.


On Wednesday evening, July 17, President Donald J. Trump and Vice-President Mike Pence came to Minges Coliseum, home of the ECU Pirates' men's and women's basketball teams, to continue kicking off his 2020 presidential campaign ("Keep America Great!"). VP Pence listed the incredible achievements of our great president and then introduced the man everyone crowded into the arena to see - President Trump (MAGA man) himself - the 45th president of the United States and the only US president to make his daily priority, every single day, the fulfillment of the promises he made to the American people during his 2016 election campaign. "Promises Made, Promises Kept."

The election of Donald J. Trump was a great moment in history, not simply because of the political movement he helped to galvanize, but because Trump did something that perhaps only one other president dared to do - he told the people he was working towards two fundamental goals - to Make America Great Again (to put America and Americans first) and to hand the government in DC back to those to whom it works for - the American people. Every time I hear President Trump speak, I am reminded of those very critical and historic words he spoke in his Inaugural Address back on January 20, 2016 - a day some liberal reporters hoped would be met with an assassination attempt. He said:

For too long, a small group in our nation's Capital has reaped the rewards of government while the people have borne the cost. Washington flourished - but the people did not share in its wealth. Politicians prospered - but the jobs left, and the factories closed. The establishment protected itself, but not the citizens of our country. Their victories have not been your victories; their triumphs have not been your triumphs; and while they celebrated in our nation's Capital, there was little to celebrate for struggling families all across our land.

That all changes - starting right here, and right now, because this moment is your moment: it belongs to you. It belongs to everyone gathered here today and everyone watching all across America. This is your day. This is your celebration.

Indeed, these words were very Jeffersonian, and Thomas Jefferson was the Founder who most clearly and succinctly articulated our founding values and principles, including the inalienable right to a government that serves the people, and especially in the free exercise of their God-given rights and the equal right to "alter or abolish" that government when it becomes too ambitious and ends up frustrating the purposes for which it was established.

President Trump did not disappoint. With the incredible energy that he brings to every rally, he reminded attendees of the great movement in 2016 and of the historic victory on election night. He reminded them of his promises and how he has kept them. The turn-around in our country, the prestige we hold on the world stage, the additions to the Supreme Court and our lower federal courts, the attention to the illegal immigration crisis and the human trafficking and drug trafficking crisis, and the economic successes of all the special groups in the United States is a direct testament to the fact that Trump has committed himself to work for the American people and to address their reasonable expectations as citizens. He promised to expose the Swamp in DC, expose their self-serving back-door schemes, and to drain it, thereby making the federal government more transparent and more accountable to those for who it works - the American People and the individual States.

The most controversial point of the night was when President Trump talked about Rep. Ilhan Omar and all the controversial things she said since being seated in the US House (representing the Minneapolis area). He re-iterated a theme that has been very popular since the 1960's - "AMERICA: Love it or Leave it." Bumper stickers with those words were popular, aimed at the discontented youth who (right or wrong) who seemed to find a great amount of fault with the United States. Trump expressed his opinion that if Omar has such hatred for this country and has such little respect for this country, and if her feelings run so deep that she is actively seeking to undermine and change the values and policies which have defined our country for a long time, then why did she move here? Why didn't she stay in her home country of Somalia and work to make changes there? The crowd responded with the chant "SEND HER HOME."

As you can imagine, this chant became very controversial and the backlash has been utterly ridiculous. People have complained, commenting: "How dare we talk about sending an American citizen back to the country they originally came from." Please, please, please with the nonsense and the inability to see the chant for what it was - a reference to the theme that Trump led with (if you hate our country, do don't need to be here. Love it or leave it!). President Trump himself felt a little uncomfortable with the chant, as he commented after the rally, but he understood what the crowd meant. Good and decent American citizens are getting increasingly frustrated and intolerant of those who are here but hate our country and hate what she stands for.

Trump broke stride in his remarks to talk about the upcoming special elections in our state - in the third congressional district (with NC Rep. Greg Murphy) and in the ninth congressional district (with NC Senator Dan Bishop). He introduced both candidates and reminded attendees that he needs them to be elected to fill the respective open seats and to help him further his agenda. Dr. Murphy promised to support Trump in his remarks, and Dan Bishop, in a wonderful entertaining fashion, told the crowd that although there are two candidates running for the seat named "Dan": "I am the RIGHT Dan!" He also promised to support Trump in Congress.

President Trump recognizes that North Carolina will hold a very important role in the 2020 election, and we can be sure that he will be visiting our great state many more times between now and Election Day 2020. And we will look forward to it.

We will look forward to working hard to keeping our state red and keeping our state supportive our great president. We will also look forward to working hard to getting our Republican candidates, Dr. Murphy and Dan Bishop, elected in our third district and our ninth district, respectively. If we support President Trump and if we truly support his agenda and want to help him further it, we need to elect those who will do his bidding in Congress.

Thanks to all who worked hard to help make the rally an exceptional event. And thank you to all the fine attendees who exhibited such outstanding conduct and showed such caring and compassionate attention to their fellow patriots. Several elderly men and women were stressed, exhausted, and even dehydrated from the extreme heat and the long wait, and the care they received from total strangers (those getting them cold water, a seat, an umbrella, sitting with them) was inspiring. Our community is truly a loving and caring one.