The pervasiveness of summer vacation in music, film, and TV is indicative of the remarkable role it plays in the life of Americans. teachers, summer vacation, activities, preparation, july 19, 2019
Home
Categories
Login

What Teachers Do in the Summer and Other Mysteries 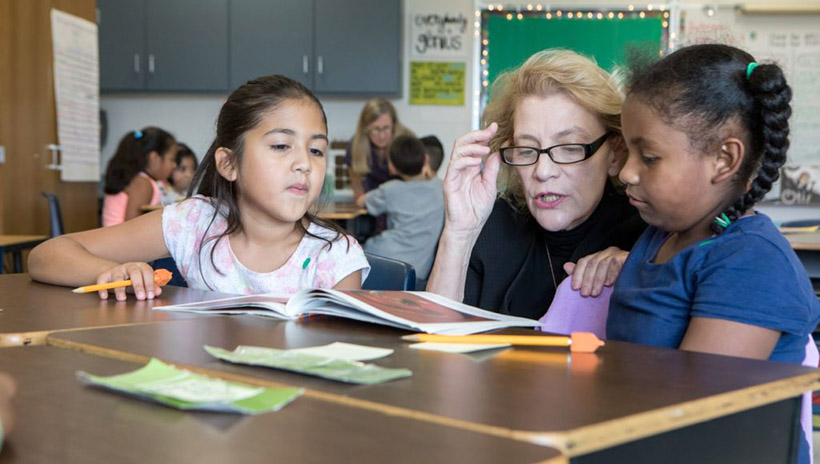 Have you ever heard "School's Out" by Alice Cooper or "See You in September" by The Tempos? Perhaps you've watched "Summer of '42," "Adventureland," or "Dirty Dancing."

The pervasiveness of summer vacation in music, film, and TV is indicative of the remarkable role it plays in the life of Americans. Children celebrate it. Teachers welcome it. Parents dread it. Businesses rely on it. Popular culture romanticizes it. All Americans have memories of stampeding through the schoolhouse door on the last day of school and celebrating the start of three months of sun-drenched freedom.

Summer vacation is not a uniquely American institution. Most nations provide a break for students during the summer months. Summer holidays vary from six weeks in India to three months in much of the United States.

But why do American schools schedule a summer vacation at all? Contrary to popular opinion, our traditional school calendar is not based on an agrarian economy. A farm-friendly calendar would include long vacations for planting in the spring and for harvest in the fall, not during the summer.

Education historians point out that groups of concerned educators and physicians conceived of the modern school calendar in the late 19th century. They believed subjecting children to months of instruction in unbearably hot and crowded school buildings would be physically and mentally harmful. The long summer vacation was born. Despite near-universal air conditioning and comfortable means of school transportation in the 21stcentury, few public school districts deviate from the traditional calendar.

Researchers are interested in summer vacation for other reasons. Some worry that long summer vacations are detrimental to learning. Beginning in the early 1980s, researchers have focused on summer learning loss, the propensity to forget content and skills between the end of one school year and the beginning of another. Some studies suggest that low-income children experience greater learning loss than their higher-income classmates. The Summer Learning Association claims by the ninth grade "summer learning loss during elementary school accounts for two-thirds of the achievement gap in reading between low-income children and their middle-income peers."

The theory underlying the claim is that middle- and upper-income families have the resources toward providing enrichment activities for their children in the summer.

In a recent Education Next article summarizing his research on the issue, University of Texas professor Paul T. von Hippel points out that researchers actually know very little about summer learning loss. Older studies on the subject can't be replicated, and the research literature disagrees about the prevalence and magnitude of the problem. Moreover, achievement gaps between disadvantaged students and their peers appear as early as kindergarten, long before summer vacations could play a role.

The majority of North Carolina teachers have a contract that furnishes a break from mid-June to mid-August, so they may lead tutoring programs for struggling students during the summer months or pursue a variety of nonteaching employment opportunities. An October 2018 report published by the U.S. Department of Education examined summer jobs for regular, full-time public school teachers. Researchers found that 32 percent of teachers had a summer job during the summer before the 2015-16 school year, earning an average of $3,700 from summer employment. The figures were slightly lower for teachers in the South. The study found 30 percent of full-time public school teachers in the South had summer jobs, with average earnings of $3,400. Only around half of the teachers in the sample reported they earned their additional income by teaching summer school.

Employment is one way educators utilize the summer months. Even though most educators are free to use the summer to pursue any personal or professional goals they wish, many use the time to improve their craft. Continuing education programs, school-based activities, or independent work provide opportunities to do so. A 2015 Bill & Melinda Gates Foundation survey of 1,300 educators found about one-third participated in an intensive summer training, and more than half would like their school district to offer more training in the summer.

Year-round calendars and alternative ways of scheduling the school year have become more prevalent in recent years, but they are the exception rather than the rule. Summer vacation is here to stay.

Dr. Terry Stoops is vice president of research and director of education studies at the John Locke Foundation.