A bill N.C. craft distillers see as a game-changer regarding how they do business and how they can grow their businesses is headed to the governor. senate, alcohol reform, new bill, governor, roy cooper, distilleries, july 16, 2019
Home
Categories
Login 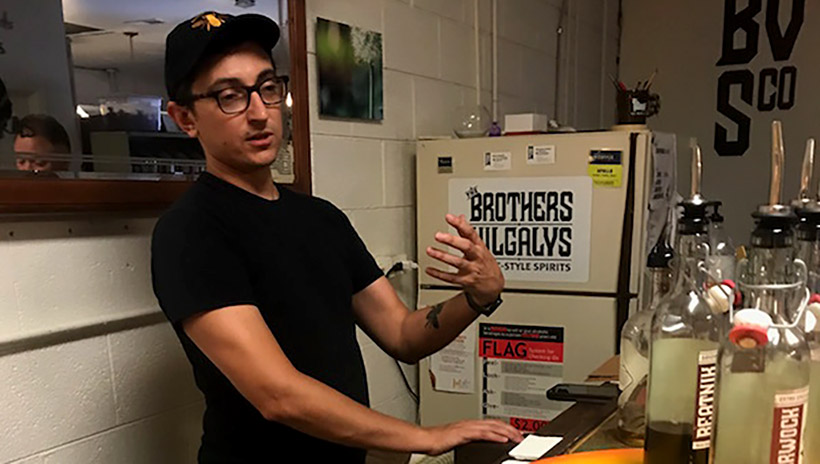 A bill N.C. craft distillers see as a game-changer regarding how they do business and how they can grow their businesses is headed to the governor.

The N.C. Senate, which had already approved Senate Bill 290, concurred with House changes in a 31-10 vote Tuesday, July 16.

The N.C. House on July 11, after years of contentious debate among lawmakers and myriad failed efforts, were finally able to pass the measure, which aligns craft distilleries more closely with rules governing wine and craft beer. The Senate passed S.B. 290, 39-4, June 25.

The measure has undergone numerous revisions, as other bills were incorporated in, including H.B. 536, sponsored by Rep. Chuck McGrady, R-Henderson. Sen. Rick Gunn, R-Alamance, is a primary sponsor of S.B. 290, which will allow brewers to offer tastings at farmers markets and removes a limitation on sales at the state's craft distilleries. The bill allows restaurants and other venues to sell up to two drinks per customer at any one time, and would allow liquor tastings at state ABC stores, from 1 to 7 p.m., for three hours, with no more than three tastings per week.

S.B. 290 would allow N.C. distilleries to sell malt beverages and unfortified and fortified wine, as well mixed beverages. The bill would allow distillers to, much like ABC stores, sell to consumers without facing the current five-bottle-per-person annual restriction.

Although legislation moving the state toward privatization of liquor sales has proved unsuccessful, H.B. 536 restricts the formation of new ABC boards, of which the state has about 170.

N.C. craft distillers are already making plans to take advantage of the new rules, which have been a long time coming. Many of the rules governing alcohol in North Carolina date back to Prohibition, as liquor reform was continually left by the wayside while lawmakers eased restrictions on the state's brewers and vintners, allowing those industries to prosper and thrive.

"We're 20 years behind, but the roadmap is there," said Rim Vilgalys of The Brothers Vilgalys Spirits Co. in Durham.