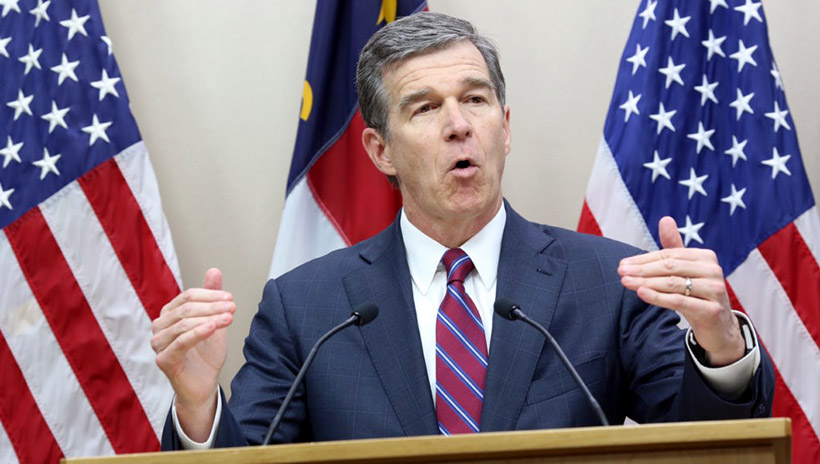 Sure, there are other contested issues. Cooper wants a much-higher increase in government expenditures - in addition, that is, to the $6 billion his Medicaid expansion would add to the biennial budget, financed by a combination of federal borrowing, assessments on medical providers, and cost-shifting. He and GOP lawmakers also disagree on state debt, business taxation, and whether teacher pay should be tied more to effectiveness than to credentials.

But these are mostly matters of degree, not of kind. Both sides favor additional state expenditure on school construction. Both favor tax relief for business (Republicans prefer across-the-board rate reductions, Cooper prefers targeted tax breaks for selected companies). Both favor higher pay for teachers. They disagree on particulars, and on overall spending totals.

The issue of Medicaid expansion is fundamentally different, however. Most Republican lawmakers are conservatives. Most conservatives oppose the Medicaid expansion as a matter of principle, not just as a matter of fiscal prudence. They don't think the welfare state should get larger, making more people dependent on government handouts and moving our government further away from its limited, constitutional role in a free society.

Conservatives have other objections, too. When it comes to the promise of perpetual federal funding at 90 percent of the cost of covering the new enrollees, for example, they smell a rat - as well they should.

It is highly unlikely that future presidents and congresses will see it as rational to pay states 90 cents on the dollar for mostly healthy people without dependents while paying only 67 cents on the dollar (in the case of North Carolina) for needier recipients such as the elderly, the disabled, and poor children. It is likely that, in the not-too-distant future, Washington will align these funding ratios with common sense and fiscal reality. Expansion states - that is, those with a larger share of childless, non-disabled recipients in their Medicaid population - will be net losers in the deal.

But even if Washington's fiscal promises were ironclad, and progressives weren't planning to undermine or repeal any work requirements or premiums that might be included in an expansion bill in North Carolina, most conservatives would still oppose a larger Medicaid program.

Some oppose any government role in health care. That's a small number, however. As a practical matter, if not a constitutional one, most accept Medicare, Medicaid, and tax breaks for private health plans as core elements of America's financing system for medical services. They see Medicare as essentially prepaid elder care, not as welfare. They see tax exemptions for non-wage benefits as inadvisable but deeply embedded aspects of the markets for labor and for health insurance.

And they accept Medicaid as a safety net. But they want to limit the scope of that safety net. Most to be added to the rolls by Medicaid expansion would have no disabilities, no infirmities, and no dependents. The GOP House members who devised their own version of Medicaid expansion admit that of the estimated 500,000 North Carolinians who'd enroll, some 200,000 are already covered by private plans!

These enrollees would be welfare recipients, possibly for the first time in their lives. That prospect appalls conservatives.

So, no, opposition to Medicaid expansion isn't a partisan game. It isn't a consequence of blind fury about Barack Obama and everything associated with him. Arguments like that are worse than useless. They don't just fail. They poison the conversation. Conservatives believe the welfare state is too large already and don't want to enlarge it. They prefer to focus on the cost side, by eliminating policies that inhibit competition and raise health costs unnecessarily.

Asking them to abandon this core principle in the midst of budget negotiations was unwise and, as has become obvious, highly unproductive.