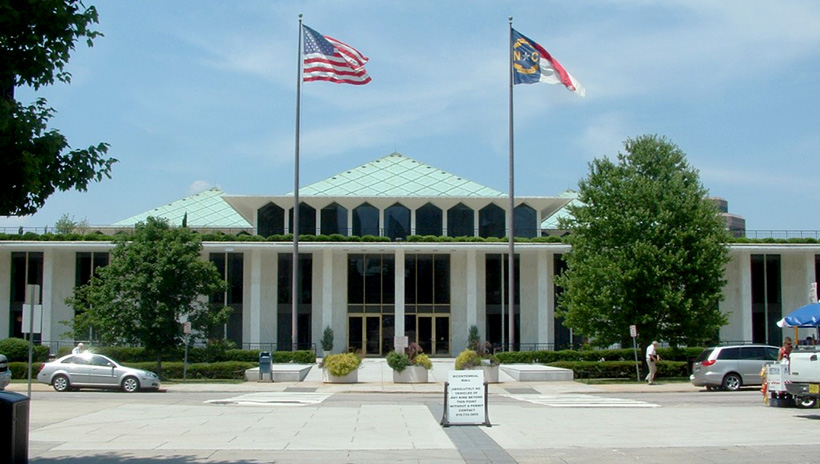 The state House overwhelmingly passed a bill temporarily ending a stalemate over the budget.

But even after House Bill 111 passed Wednesday, July 10, the General Assembly's political game of chicken with Gov. Roy Cooper continues. At the center of the fight is Medicaid expansion.

Cooper and Democrats want to expand Medicaid. Republicans are largely opposed. Cooper vetoed House Bill 966, the biennial budget plan, because it fails to include Medicaid expansion.

Republican leaders have several times backed down from holding a vote on the veto override of H.B. 966. To override a veto, each chamber needs "yes" votes from three-fifths of the members present. Some Democratic lawmakers will need to break with the governor for a veto override to pass.

"It's budgetary chicken. Who's going to blink first, and what's going to be the willingness on either side to compromise," said Mike Bitzer, professor of Politics and History at Catawba College.

Getting some Democratic lawmakers to flip won't be easy.

"There has been so much animosity between Democrats and Republicans, particularly in the era where there were [Republican] supermajorities," Bitzer said. "Now that's gone, who will be willing to enter into negotiations and compromise?"

Republicans have included millions for local projects - aka pork - for certain districts to garner some Democratic lawmakers support for the budget. While a few Democrats did vote to pass the budget, it's not known whether they'll stick with their initial votes and override the veto.

If a veto override fails, money for local projects will disappear from the budget plan. Senate leader Phil Berger, R-Rockingham, has made that clear.

"It will be a really interesting challenge to see what Democrats, who could benefit from the budget, do in terms of sticking with the governor or bucking their party to override," Bitzer said.

While the budget deadlock continues, lawmakers amended H.B. 111, a temporary funding bill to keep certain programs afloat. Lambeth, R-Forsyth, introduced amended the measure July 9. The House Appropriations Committee briefly discussed the legislation before moving it to the House floor. No amendments were considered.

"This is a vitally important bill to fund programs that aren't being funded because we don't have a budget," Lambeth said during the committee meeting.

Several House members aired grievances during the House floor debate over H.B. 111 for the lack of funding for specific programs or projects in the temporary funding bill. Teacher and state employee raises, as well as cost-of-living-adjustments for state retirees, aren't included in the legislation. School safety, community colleges, flood disaster preparation, among other spending in the full budget were left out of H.B. 111.

"These are minimal obligations we have to take care of," Lambeth told the House.

The temporary budget passed in the House 117-1 and heads to the Senate.

H.B. 655's fate seems linked to the veto override vote. The bill is part of the behind-the-scenes negotiations to override the governor's veto.

Rep. Donny Lambeth, R-Forsyth insists H.B. 655 - which bakes work requirements and premiums into the new coverage - isn't Medicaid expansion. But other Republicans have attacked the bill for caving to Cooper's demands, potentially adding a costly new state entitlement program. Further complicating matters, legislators worry the work requirements could be overturned by state courts, as happened in Kentucky and Arkansas.

H.B. 655 would give about 500,000 residents Medicaid coverage. Of those, some 300,000 people have no insurance; the remaining 200,000 buy private insurance but are likely to choose the new tax-subsidized program because they'd pay less for it out of pocket.

"It's not the ideal bill. Even the Republicans pushing it don't have universal support for it," McLennan said. "If it were to pass, it wouldn't be ideal for both sides, but it would take the big issue of health care off the table and keep that separate from the budget."

Advocates of the bill have peddled Medicaid as the solution to the financial woes of rural hospitals and the medical pressures of the opioid epidemic. Skeptics point to its cost, potential overcrowding issues, and sustainability concerns.

But if budgetary "hardball tactics" fail, H.B. 655 could be the bone Republicans need to throw Democrats to override the budget veto, Bitzer said.

"When this policy came about ... it was Republican orthodoxy that anything associated with Obama was to be opposed," Bitzer said. "But now that we've gotten a few years past that, recognizing the issues of rural health care particularly may have sent a signal that they can work with others to try and address this issue."

Passing the stopgap spending measure may ease any pressure to take up Medicaid expansion or the House alternative.