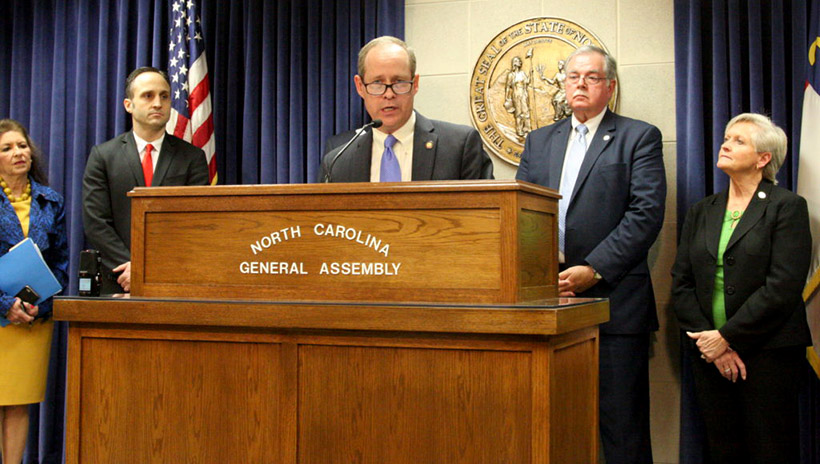 Former Rep. Walter Jones, a Republican who represented the district for nearly a quarter century, died in February from complications related to ALS, or Lou Gehrig's Disease. The 3rd District covers all or part of 17 counties in eastern North Carolina.

President Donald Trump was a key figure in the runoff, with each candidate claiming closer ties to the president's agenda.

Murphy has co-sponsored legislation the past two sessions expanding insurance coverage to residents who earn too much to qualify for Medicaid under the Affordable Care Act. Murphy denies the bills - called Carolina Cares in 2017 and N.C. Health Care for Working Families this year - qualify as Medicaid expansion even though they set eligibility using Medicaid guidelines and 90% of the costs would come from federal Medicaid funds.

The current legislation, House Bill 655, passed the House Health Committee Tuesday morning and is on the chamber's Wednesday calendar for a floor vote.*

The winner of the general election will serve through December 2020.