Login to Send a Private Message to Stan Deatherage
Can Beaufort County afford a new jail?

It has begun anew, Commissioner Jerry Langley has now formally initiated the conversation among the Beaufort County Commissioners that a new jail, or "Public Safety Complex" (vernacular for Progressives), should be considered and built. At the July general meeting for the Beaufort County Commissioners, Commissioner Langley presented that premise under the guise of the "Public Safety Complex Referendum for the 2020 General Election", which was the perfunctory agenda item presented; however, he quickly digressed to the political position that a new jail should be built regardless of the outcome of a referendum.

I do believe that we have seen this movie before in Beaufort County government, and it did not play out well in 2014/2015 for the Progressives who desperately yearned to build a new jail in the Southwestern Beaufort County Industrial Park, hence, the appropriately titled Southwest County Jail. If memory serves me correctly, the Progressives on the county commission were seeking to build the jail without issuing a bond referendum, thus alerting the public of their intentions, thereby, needing the voting public's affirmation to borrow such a large sum of money- estimated then to have been around twenty million dollars of the public's money. 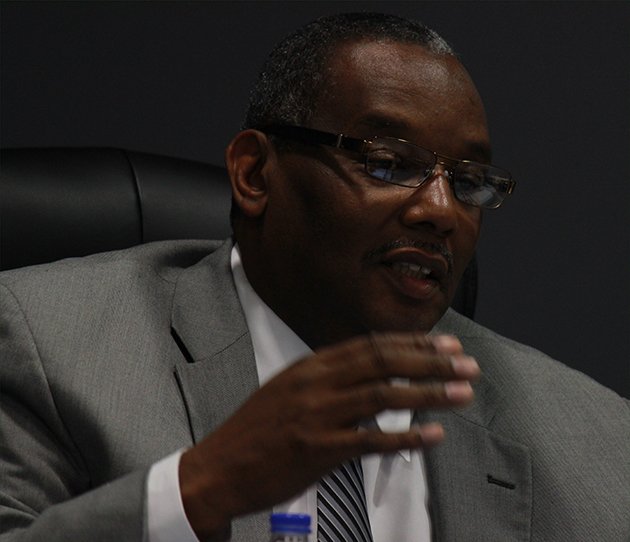 Beaufort County Commissioner Jerry Langley
Commissioner Langley's plaintiff plea to his fellow commissioners, the public at large, did venture from his planned presentation of the "Public Safety Complex Referendum for the 2020 general election" to advocate for the possibility of building this vision of a new state-of-the-art "Build-it-and-They-Will-Come" incarceration plant, by whatever funding means necessary, should the "Public Safety Complex Referendum for the 2020 General Election" was not successful. To bolster his argument, Commissioner Langley blamed the unpopular funding source, in lieu of a referendum offered to the Beaufort County electorate, or a tax payer advocacy group - Stop the Jail Committee. Commissioner Langley accused this aforementioned advocacy group of costing the Beaufort County tax payers the nearly 1.8 million dollars that their government had previously paid consultants and architects and others. Commissioner Langley failed to mention who was responsible for hiring these professionals to complete the building of such huge project with no real financing in place ... kind of like plopping down exactly 10% of nonrefundable earnest money when buying a home, with no contingencies for due diligence in place ... Who does that?

In essence, the gist of Commissioner Langley's "discussion" was 'regardless of how this proposed incarceration plant is funded, now is the time to take action.' Whether borrowing the funding under the names of the commissioners that represent the Beaufort County people in this project, or under the names of our Beaufort County voters that would elect forward this proposed referendum in the general election of 2020, 'affirmative action must be taken.' Considering that the construction of a new detention facility could cost the taxpayers anywhere from 6 to 8 additional pennies per 100.00 valuation, or about 12% higher taxes for at least 15 years; Commissioner Langley, and all other like minded citizens, should expect there will be sincere push back from many Beaufort County taxpayers, and their political representatives.

Furthermore, an additional incentive to be frugal in the allocation of so much of the people's money; currently, Beaufort County's jail is in its best condition in decades. The jail is clean, freshly painted, far more efficient than in the recent past, and with the new repairs to the doors and interlocking system upgrade imminent, the Beaufort County jail will be the safest it has ever been. The former overcrowding problems will be alleviated by a two pronged plan: (1) The district attorney, Seth Edwards, has taken a true hands-on-approach to pushing the System (the officers of the court) for those incarcerated to have a far more speedy trial than in the past, which is their proper Constitutional right; (2) Additionally, the Beaufort County commissioners have tacitly approved that the Sheriff shall have the proper funding to keep problem prisoners, and prospective overcrowding in check by housing them offsite, should the need arise; effectively keeping no more than 75 inmates in detention, which is 10 less than is the current jail's mandatory capacity to house.

Of course, should these better management practices go unheeded by county commissioners bound and determined to raise taxes yet again, and most every year going forward; or, a Beaufort County electorate who should affirm to do so by referendum, then Beaufort County shall certainly have its new jail, and its citizens and their children will continue to pay for it for some time into the future. The prospect of this new detention facility will remain the people's decision, their choice; by referendum or their representatives to do so.

After many years now of "Progressive governing", from both Democrats and so-called Republicans, how much Beaufort County government can you afford?