Supporting Our Men and Women in Uniform | Beaufort County Now

Supporting Our Men and Women in Uniform 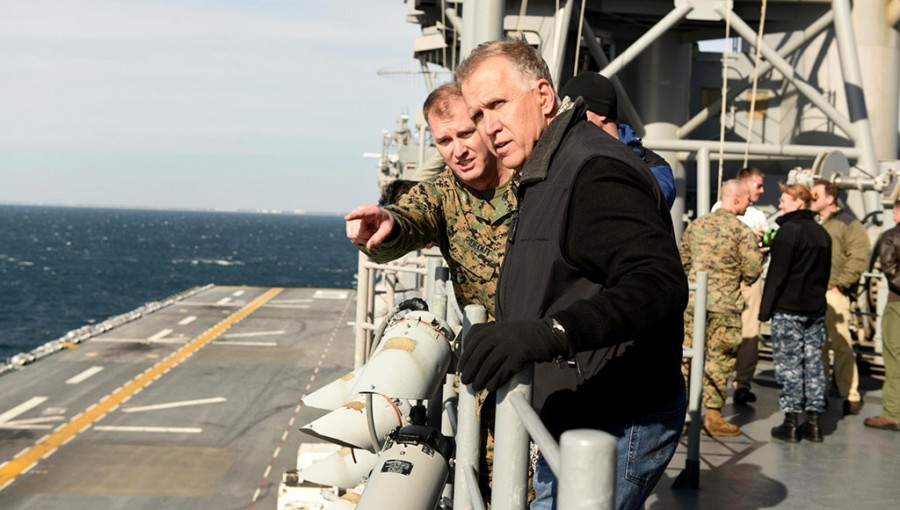 Last week, the Senate passed the bipartisan National Defense Authorization Act (NDAA) to fund our military and national defense next year. I am proud the bill includes multiple key provision I championed, including:


Last week, I wrote an op-ed in the Charlotte Observer on the rise of local officials refusing to communicate with federal immigration law enforcement on the status and release of illegal immigrants who were arrested, charged with a crime, and pose a threat to public safety:


"Circumventing a 2017 state law outlawing sanctuary cities, some North Carolina sheriffs are effectively turning their counties into new sanctuary jurisdictions by making it harder for federal law enforcement to keep tabs on and ultimately deport dangerous criminals who are in the United States illegally.

"Congress also has a duty to stop the growing trend of sanctuary jurisdictions, which is why I plan next month to take action at the federal level by introducing the Justice for Victims of Sanctuary Cities Act...It has long been assumed that local law enforcement would at least make a good-faith effort to help fulfill lawful requests made by federal law enforcement. However, given the recent embrace of irresponsible sanctuary policies over public safety, the time for action and accountability is now."

Advocating on Behalf of NC to Improve Infrastructure


Recently, the Department of Transportation (DOT) awarded North Carolina three grants totaling more than $110 million dollars after I advocated on behalf of stakeholders in the state. These grants will go a long way toward improving our rail infrastructure across the state and expanding public transportation in the Charlotte region.

I believe infrastructure is one of government's fundamental responsibilities, which is why modernizing North Carolina's infrastructure is among my top priorities. I have worked across the aisle with my colleagues to secure numerous long-term transportation and infrastructure projects that will make our roads, ports, airports, and highways safer, ease traffic congestion and encourage more economic investment in North Carolina.


Thank you for reading my e-newsletter, I will continue to work hard to represent all North Carolinians in the Senate and deliver results.

If you or someone you know is having trouble with the VA or any federal agency, please don't hesitate to contact my office. My office has helped thousands of North Carolinians over the past three years dealing with the VA, Social Security Administration, expediting a passport, and much more.