As previously state in the first post on my time into the land of the exotic birds, I was called upon to provide a service, and I will argue that i was the greatest beneficiary. Sylvan Bird Park, Halifax County, Scotland Neck, exotic birds, northeastern NC, slvn brd prk
Home
Categories
Login

Sylvan Bird Park: A Visit Into the Exotic - Part II

Login to Send a Private Message to Stan Deatherage
Publisher's note: This is a multi part series consisting mostly of high resolution images, and the identification of these exotic creatures within their captions. All entries within this series can be found here.

Of all of God's creatures, none challenge His finest creation - humankind - for the status of magnificent more than our avian friends.

As previously state in the first post on my time into the land of the exotic birds, I was called upon to provide a service, and I will argue that I was the greatest beneficiary. Birds are beautiful, and studies are now showing that our winged cohabitators are quite a bit smarter than was heretofore was realized. The invective "Bird Brain" may be more of a compliment than many humans realize. 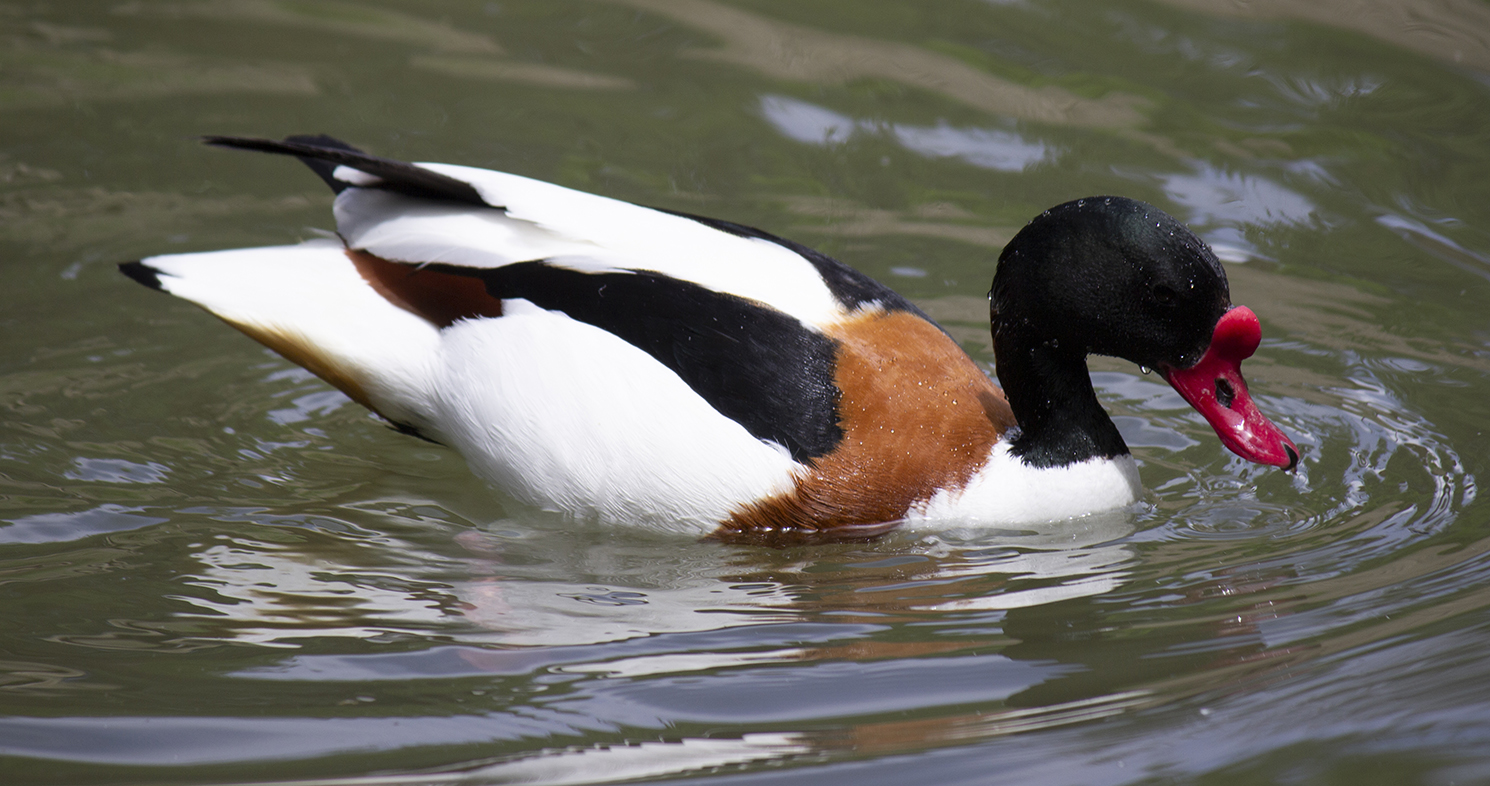 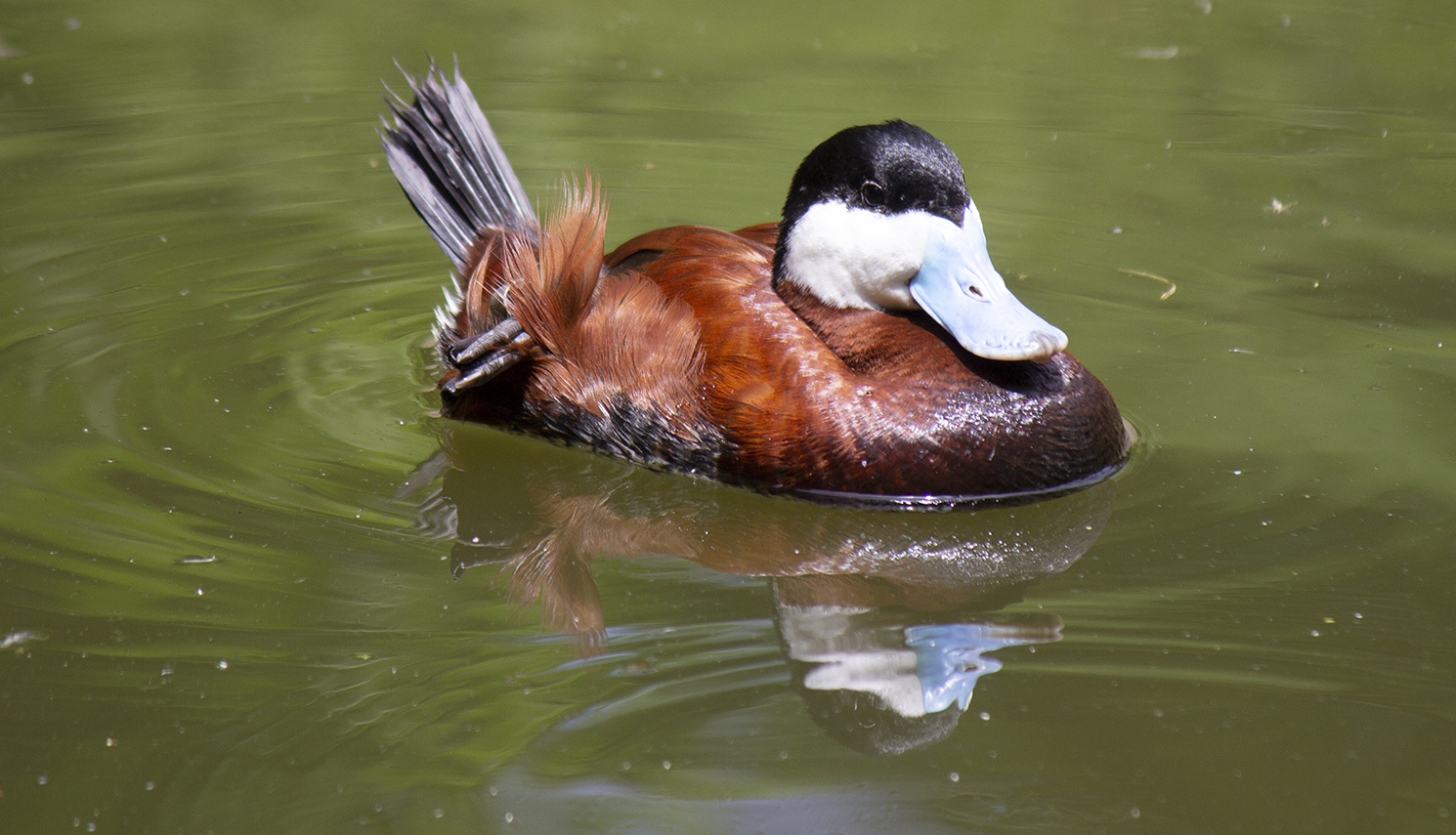 My 2.3 acre yard (4 lots in Mac'swood) is full of bushes and trees that feed birds, other critters; and one of my great pleasures is to observe my diverse ecosystem, with birds - small and large - at or near the top of the food chain. I can only imagine how wonderful it would be to have one of these exotic visitors from time to time. 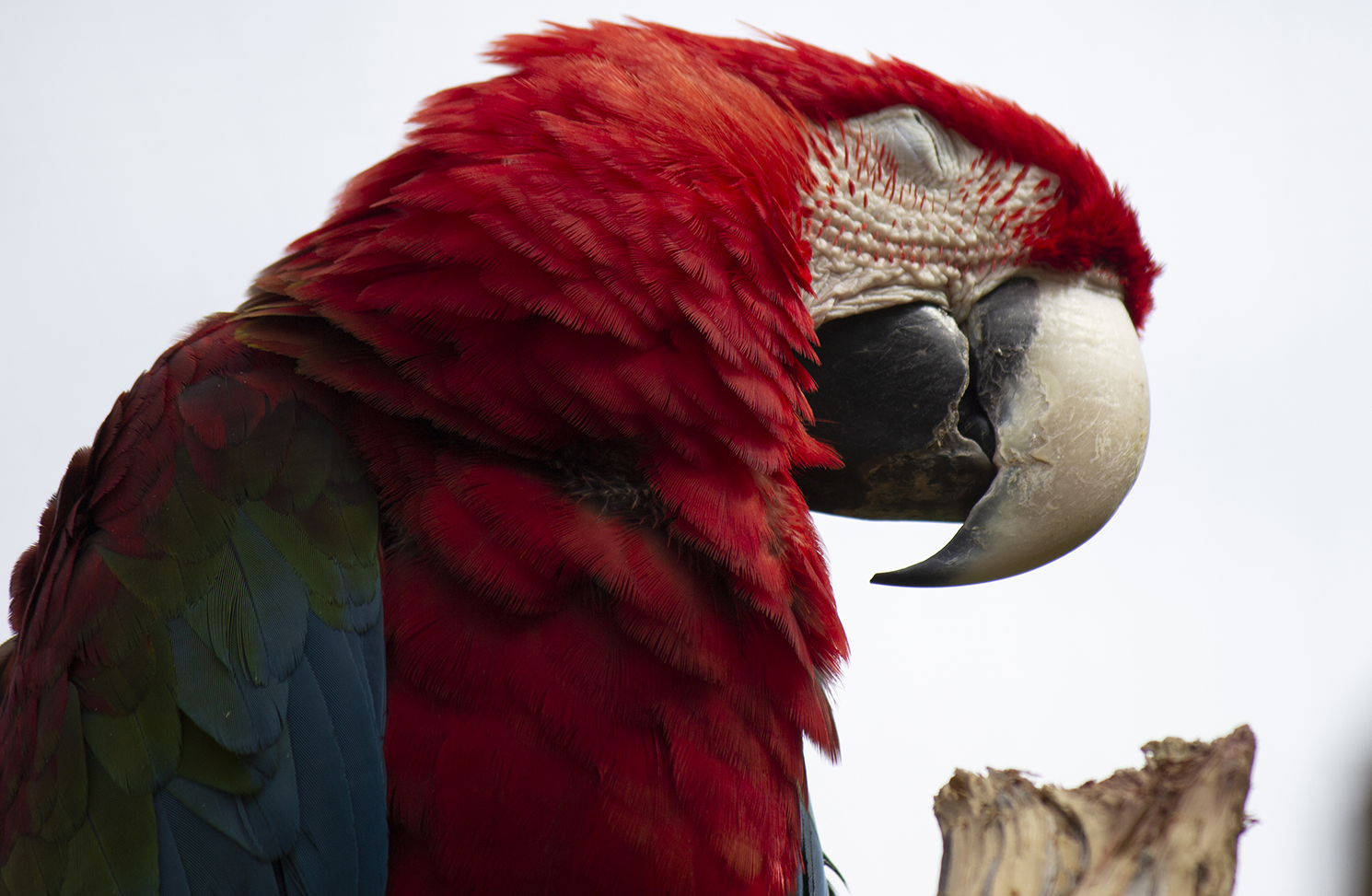 The Green-winged Macaw should exhibit a little enthusiasm. He has guests: Above. The Umbrella Cockatoo, who hails from Australia, exudes plenty of personality: Below.     photos by Stan Deatherage     Click image to enlarge. 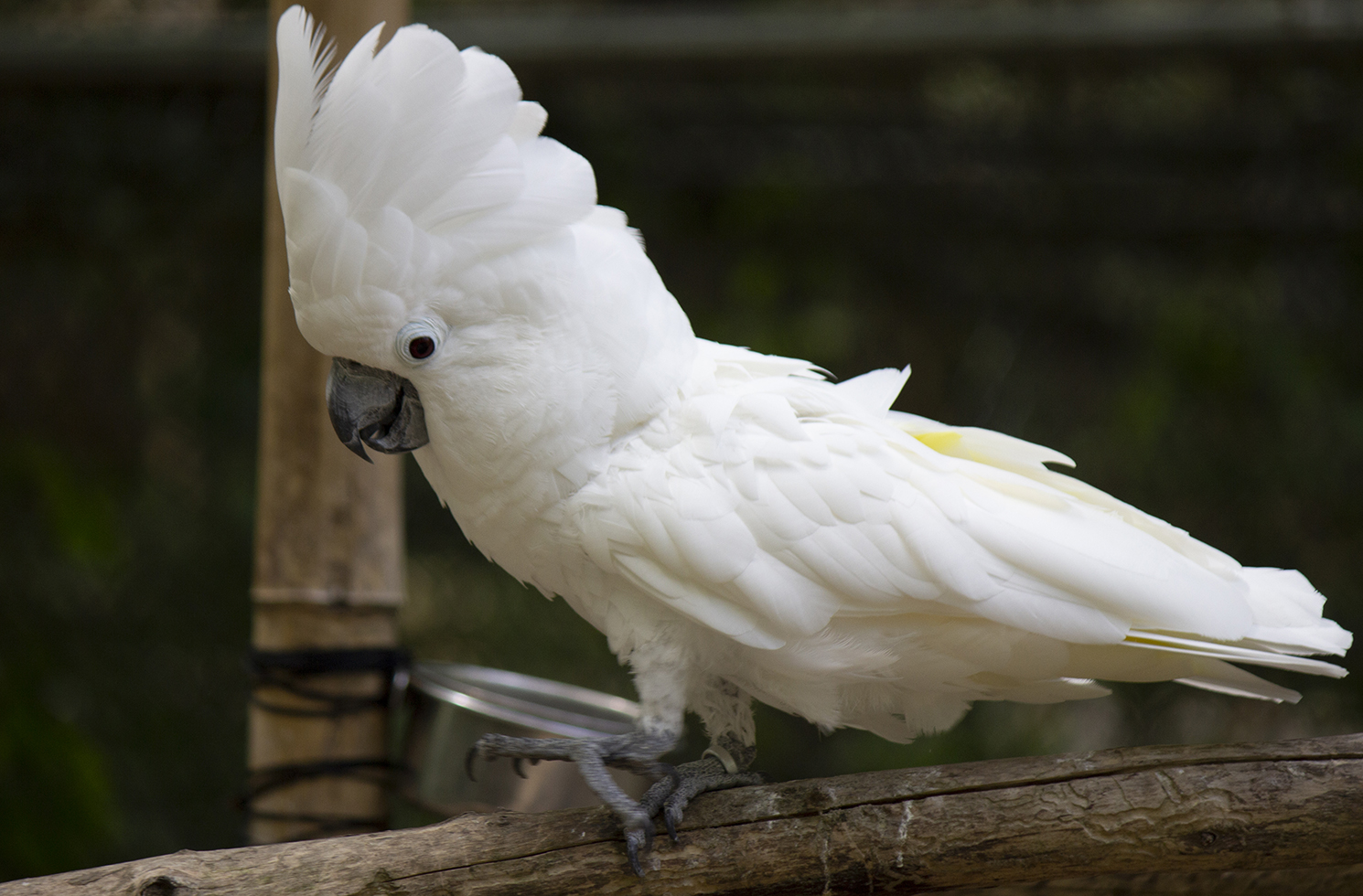 The biggest difference between my domestic environs and the Sylvan Heights park is that my visiting larger birds - osprey, egrets, a variety of waterfowl, etc. - generally keep their distance. Sometimes I can get in close, but it takes time, so, don't expect to see a plethora of images from Mac'swood to be imminent, but at a distant time within reason. 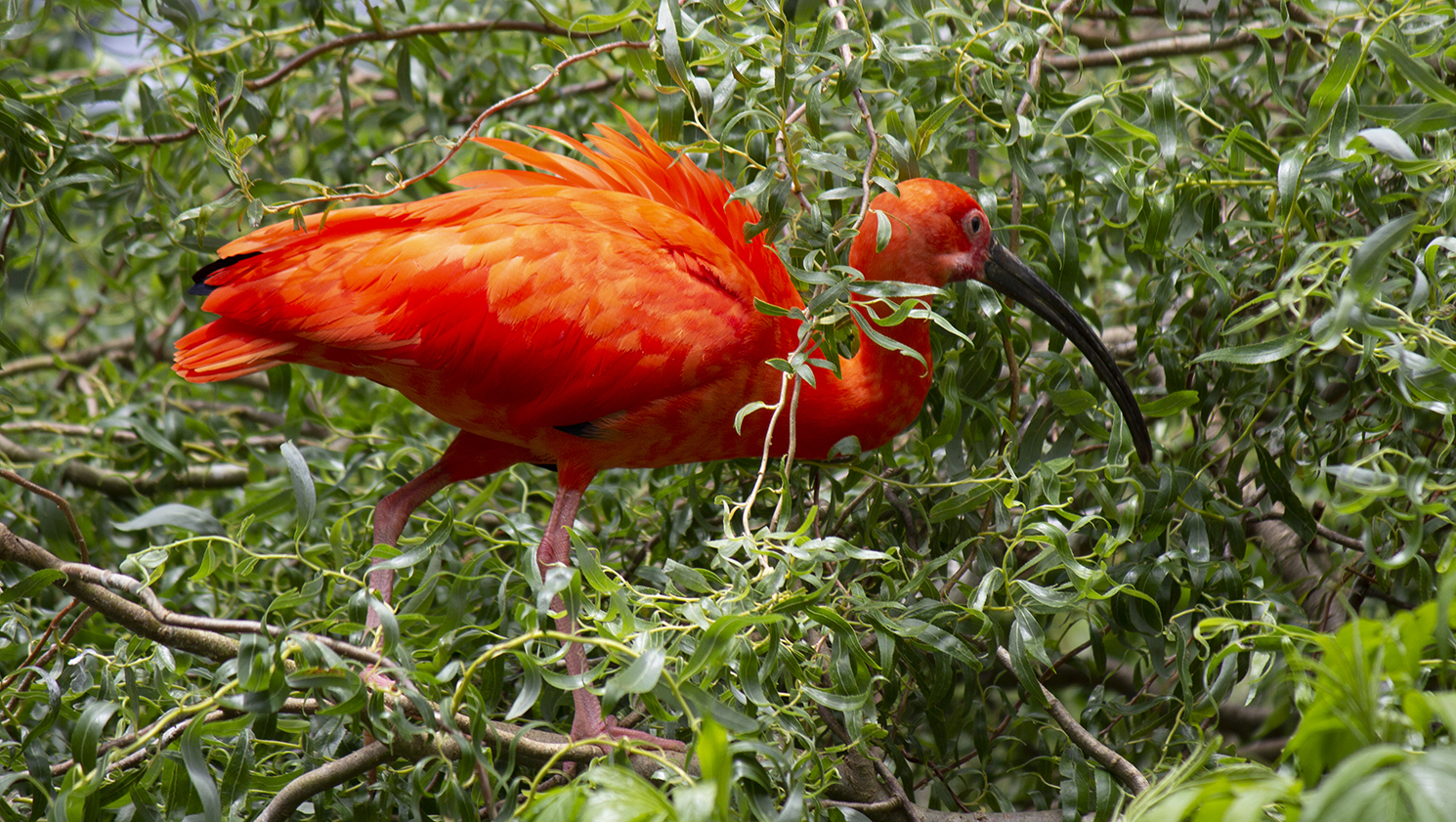 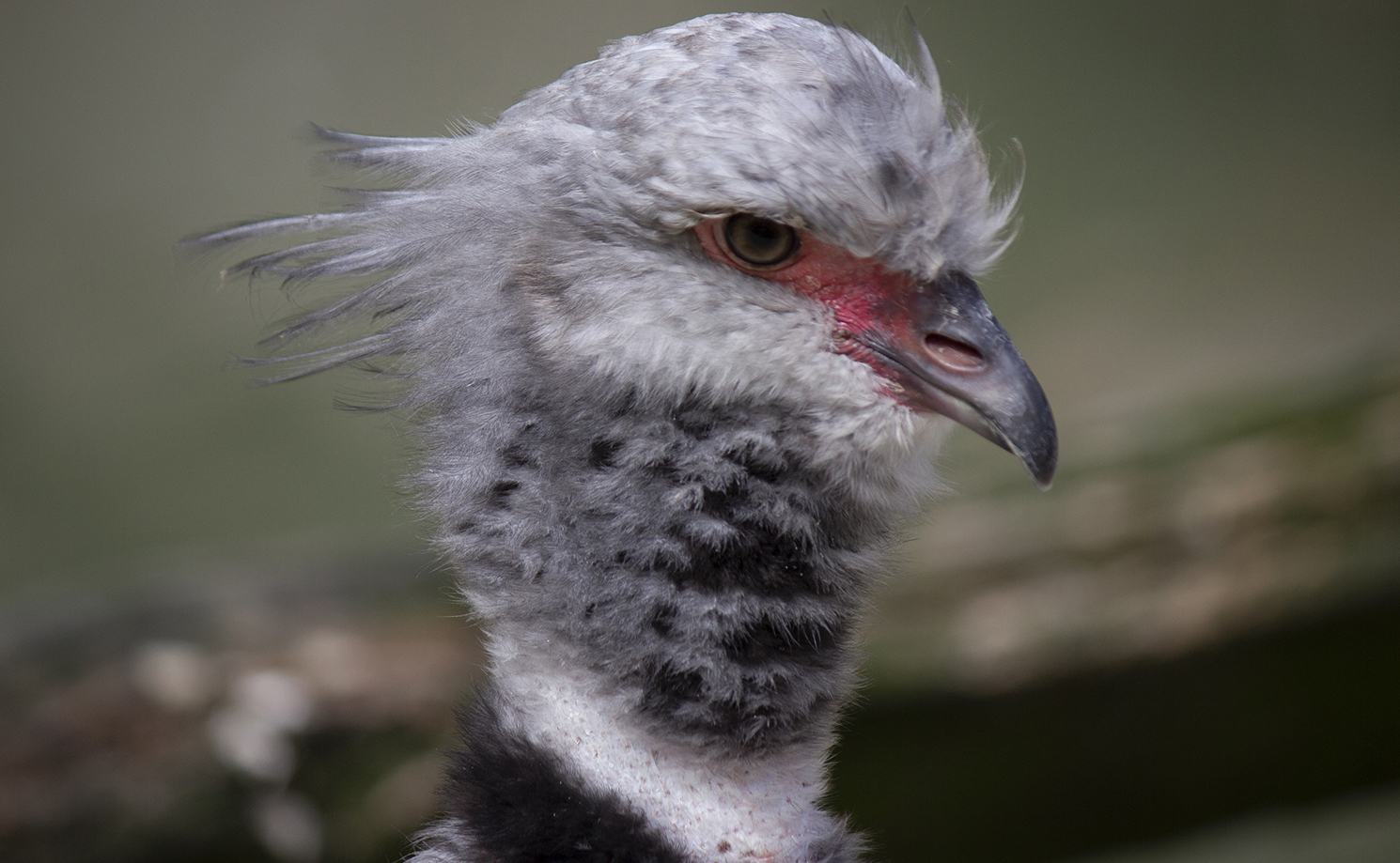