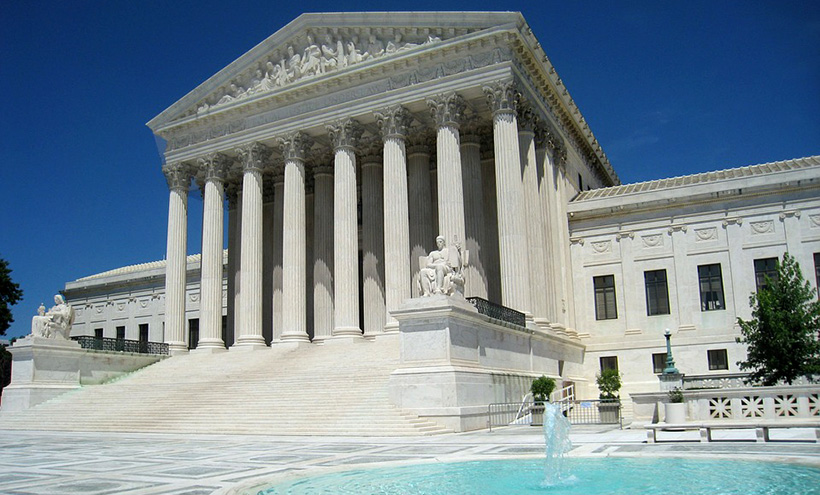 In a landmark victory for N.C. Republican lawmakers, the U.S. Supreme Court has ruled gerrymandered congressional districts are a political issue, which federal courts should not decide as a matter of law.

Prohibiting legislators from acting on partisan interests when creating district lines "would essentially countermand the Framers' decision to entrust districting to political entities," Roberts wrote. "The 'central problem' is not determining whether a jurisdiction has engaged in partisan gerrymandering. It is 'determining when political gerrymandering has gone too far.' "

State Rep. David Lewis, R-Harnett, was a central figure in the case. A now infamous quote from Lewis, as chairman of the House Elections Committee in 2016, refers to Republicans creating a political gerrymander guaranteeing a 10-3 congressional advantage over Democrats because he couldn't find a way to get an 11-2 margin.

"Today's ruling establishes precedent that it is not the judicial branch's responsibility to determine the winners and losers. This is a complete vindication of our state, and the fair and open process we ran," Lewis said in a news conference.

"It is time for the state Democratic Party, Common Cause, and other aligned leftist groups to stop wasting taxpayer money on lawsuits and bring the conversation back to the legislature," Lewis said. "If there are better ways to draw maps, let's talk about them."

"Now the fight against extreme partisan gerrymandering that undermines democracy moves to state courts and the ballot box. The battle is far from over," Cooper said in a statement.

In citing a series of Supreme Court precedents, Roberts said the court has grappled with other partisan gerrymandering cases for 45 years, but has never overturned one. In a dissenting opinion, Justice Elena Kagan said the partisan gerrymanders debased and dishonored democracy, and the majority justices might have erred by paying too little attention to the constitutional harms involved.

Roberts said Kagan and plaintiffs were seeking an unprecedented expansion of federal power.

"We conclude that partisan gerrymandering claims present political questions beyond the reach of the federal courts," Roberts wrote. "Federal judges have no license to reallocate political power between the two major political parties, with no plausible grant of authority in the Constitution, and no legal standards to limit and direct their decisions."

"I think it's a win for people who believe in the Constitution, and separation of powers, and keeping the courts out of political issues they have no business in," von Spakovsky said. "It's a loss for liberals who want to use the courts to get what they can't get through the legislative process.

"This is the cause celebre of the liberal progressive community right now," von Spakovsky said. The Constitution does not allow that, and given the fluctuating nature of election outcomes there's no plausible formula for allocating seats based on voting percentages.

The conservative justices knew if they ruled for the plaintiffs they would be flooded with redistricting cases at every level, von Spakovsky said. They already have complained they're swamped with cases involving the Voting Rights Act, and one-person/one-vote guarantees.

The court's four conservative justices have long wanted to end partisan gerrymandering claims, Dinan said, but Justice Anthony Kennedy, the swing vote on the court, did not. With Kennedy's retirement, and Justice Brett Kavanaugh replacing him this term, the five conservative justices slammed the door.

Roberts outlined other options for relief, including amending state constitutions to limit partisan gerrymanders or creating an independent redistricting commission to take the task away from the legislature, Dinan said.

But, Dinan pointed out, nearly all of the states that have amended their state constitutions to address partisan gerrymandering did so through the citizen-initiative process. In states such as North Carolina, where residents cannot put these measures on the ballot without legislative action, lawmakers have shown little interest in curtailing partisan redistricting.

Some legislatures have crafted state constitutional amendments to limit partisan gerrymandering. Mary Wills Bode, executive director of North Carolinians for Redistricting Reform, hopes to do that in North Carolina.

The legislation would authorize nonpartisan legislative staff to draw voting districts. The maps would go before voters in public hearings, and the House and Senate would vote whether to approve them.

Bills now in the House and Senate would create constitutionally mandated redistricting commissions.