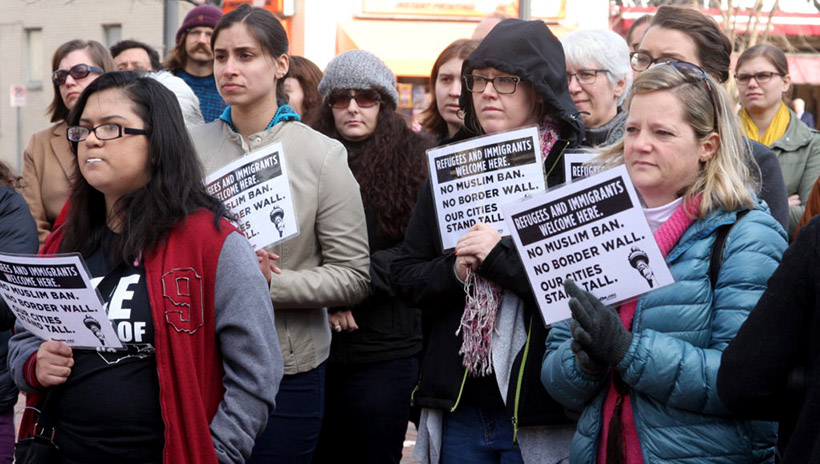 Our immigration system is clearly broken. The consequences are evident on our borders, in our judicial system, and right here in North Carolina. Unfortunately, Gov. Roy Cooper, Democratic lawmakers, and progressive activists are making it more difficult to reach a consensus on reforming the system.

Their obstructions are both general and specific. For example, their frequent use of misleading euphemisms for illegal immigrants, such as "undocumented workers," makes serious conversation impossible. Many illegal immigrants are not workers. Most have documents of some kind, including fraudulent ones.

As for a specific obstruction, consider the current dispute about sheriffs and detention orders. Both the North Carolina House and Senate have enacted versions of a bill that would require local law enforcement to detain suspects picked up for other crimes if federal officials believe they may be in the country illegally. Most Democrats oppose the idea and Cooper says he will veto it.

During the 2018 midterms, several candidates for sheriff in urban counties made cooperation with federal Immigration and Customs Enforcement a campaign issue. They won, and declared they'd no longer honor detention requests from ICE. That's why the General Assembly is responding with legislation.

Most of the state's 100 sheriffs support the bill. But those recently elected urban sheriffs, all African-American Democrats, continue to oppose it. They make several arguments, of varying quality.

The worst one is that the Republican-majority legislature is targeting them because they're black. This charge is ridiculous and dishonors anyone who utters or endorses it. The proper extent of local cooperation with federal immigration enforcement has been a contentious issue for many years. It long predates last fall's election. Reckless allegations of racism poison the well and render constructive political discourse impossible.

A better objection is that sheriffs are constitutional officers in North Carolina and cannot be ordered around by state lawmakers. If they don't want to comply with federal requests to help enforce immigration laws, the argument goes, they don't have to - and lawmakers can't make them.

It's a better case - but still not a persuasive one. While the state constitution does recognize the elected office of sheriff, it doesn't specify the duties and powers of the office. The same can be said for other constitutional offices such as labor commissioner and secretary of state. In the latter case, the General Assembly has enacted statutes over the years to assign them such duties and powers.

The office of sheriff is a bit different. With deep roots in English history, it predates North Carolina's state constitution by centuries. Under common law, sheriffs act as the chief law-enforcement officers in their counties. So, doesn't that mean they can decide not to cooperate with ICE to enforce immigration law?

Not really, no. The common-law powers of sheriffs don't overrule statutes enacted by legislatures. North Carolina has already passed a law requiring local law enforcement, including sheriffs, to investigate the immigration status of suspects arrested for felonies or drunk driving. Another law states that no county "may have in effect any policy, ordinance, or procedure that limits or restricts the enforcement of federal immigration laws to less than the full extent permitted by federal law."

What state lawmakers are trying to do this year is to ensure that sheriffs comply with their legal responsibilities. Is holding a suspect pending an ICE investigation an unconstitutional act? Not according to a recent North Carolina Court of Appeals decision. Perhaps other judges will see it differently, but I hope not.

Here's the bottom line: if we can't all agree that illegal immigrants picked up for serious crimes can be detained and deported, reform is impossible. If you want to make it easier for people to come here legally to work while providing some kind of legal status to young people, the "Dreamers," who were brought here illegally as children, you have to be open to strengthening border security and deporting illegal aliens who threaten public safety.

Let's stop posturing and start working on a solution.