Helping Craft Distillers Could Have Positive Effect on How Others View N.C. | Beaufort County Now

People love lists, and certain niche websites thrive on them. Take these lists, of course, for what they are. craft distillers, positive effects, beer and wine, alcohol, june 25, 2019
Home
Categories
Login

Helping Craft Distillers Could Have Positive Effect on How Others View N.C. 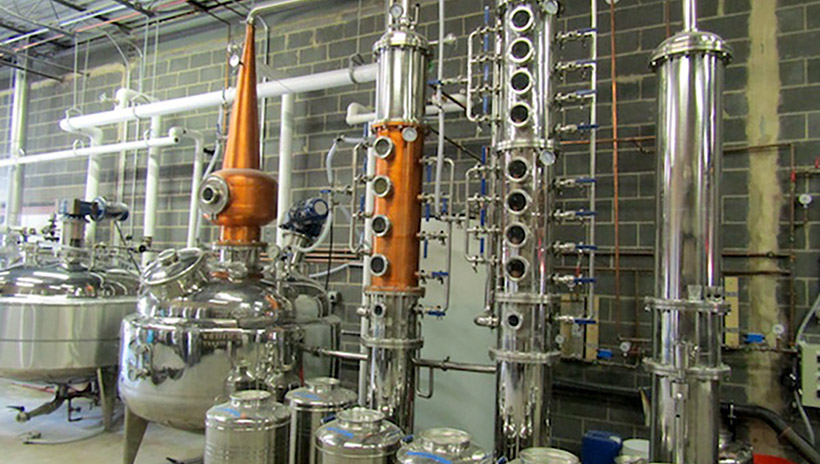 People love lists, and certain niche websites thrive on them. Take these lists, of course, for what they are.

What they are, in most cases, are random, subjective thoughts combined with compelling photos and short, sometimes funny narratives.

North Carolinians should love these lists, though, because they often praise our state in a host of categories - from our cities to our small towns to our beaches to our craft beer.

In a survey of millenials by Livability.com, for instance, Raleigh ranked second - behind Boise, Idaho - among best places to live in the U.S. Thrillist ranked North Carolina among the top 10 for best states for beer.

Oftentimes, the lists are based on facts and solid data.

For two consecutive years, Forbes ranked North Carolina as the best state for business. Forbes, again, recently ranked the Research Triangle Park as the country's best place to rent, and our universities and their schools appear on myriad lists with the best in the country.

Lawmakers and local officials and politicians surely read these same lists. Yet many of them continue to enact rules and laws contrary to our state's progress and its desirability. Take, for example, Wilmington, which was forced to walk back a restrictive proposal regarding noise. Or Raleigh, which has enacted draconian rules for the booming private rental business.

North Carolina is beautifully unique, encapsulated by stunning mountain views in the west to a sprawling coastline in the east.

Thriving cities and small towns throughout the state have reinvented themselves after the demise of textiles and tobacco. Places in North Carolina like Morganton, and Shallotte, which, despite the usual machinations involved with city approval, is home to a relatively new brewery that draws customers from the busy restaurants flanking it. Places like Mount Pleasant, where "Whiskey Prison" and 73 & Main are drawing foodies and bourbon aficionados alike.

A trip to Asheville in the west - or to Wilmington in the east - brings scenes of sparkling and bustling restaurants, wineries, and breweries, of which the state has more than 300. The brewery boom, by the way, is largely attributable to legislation in 2005 allowing brewers to raise a beer's alcohol content well beyond 6%.

Why, then, do state and local politicians continue to stand in the way of undeniable - and seemingly unstoppable - progress, particularly when it comes to promoting a legal and thriving industry such as craft distilling?

North Carolina craft beer has an annual economic impact of more than $2 billion and, in turn, supports some 12,000 jobs, the Craft Brewers Guild says. The state's 200 or so wineries have a similarly large impact.

Senate Bill 290, Distiller Regulatory Reform Bill, is making its way through the General Assembly, and it's a pretty big deal for our state's craft distillers.

The bill, maybe most important, would allow distillers to, much like ABC stores, sell to consumers without facing the current five-bottle-per-person annual restriction, according to state and local laws.

Breweries and wineries bring people together while revitalizing towns and also driving the North Carolina economy. They're places where families and couples gather, oftentimes with their dogs and children. They aren't places where people gulp alcohol and get drunk. Rather, people gather to relish the sense of community and the art of the craft.

Craft distilleries could have the same vibrant atmosphere, if only lawmakers would allow it. Impeding innovation and frustrating entrepreneurs aren't reasons North Carolina winds up among the best of this or at the top of that, and lawmakers would do well to keep this in mind, lest we find ourselves on some other, less desirable kind of list.