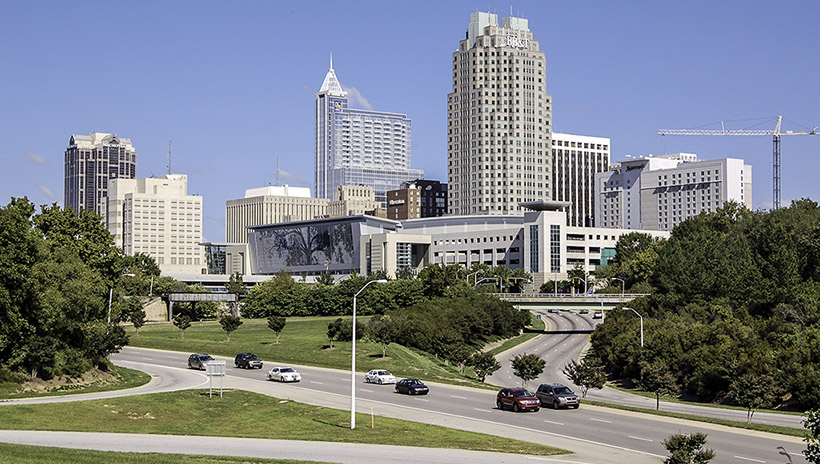 A new poll from Triangle Community Coalition and Fallon Research and Communications show Raleigh residents are torn between concerns over housing prices and the rate of growth in the city.

Fallon Research surveyed 401 likely voters throughout Raleigh from May 6 to May 9 using a combination of residential and cell phone listings. The margin of error is plus or minus 4.89% and the poll has a confidence interval of 9.78%.

"This a snapshot of opinions at a point in time. Public opinion data is dynamic, it changes over time," Paul Fallon, head of Fallon Research said during a June 21 poll luncheon at the Triangle Apartment Association headquarters.

The current rate of new-housing construction is about right to 45% of respondents, but too fast for 40% of respondents. Only 9% said it was too slow.

Interestingly, Fallon said, 59% of respondents said both growth is too fast and the cost of housing is too high.

"This shows how politically treacherous growth politics is," Fallon said.

The poll also looked at the upcoming Raleigh mayoral race and residents' opinions of the Raleigh City Council.

Meanwhile, 53% of respondents say they approve of the work being done by the Raleigh City Council, while 28% disapprove. Fallon pointed out that most of the respondents don't feel strongly either way, with only 8% strongly approving and 13% strongly disapproving.

Despite the 53% approval rating, 42% of respondents say it's time to elect someone new to the Raleigh City Council. Thirty-three percnet said members deserve reelection while 19% are unsure.