In the past few days Beaufort County Sheriff's Investigators and Washington Police Department Detectives have charged 2 people from Washington and 2 from Pitt County with multiple felony counts of Breaking and Entering a Motor Vehicle and Larceny after a series of car break-ins in Washington Park and the Slatestone Hills subdivision in Washington.

Just before 4:00 am on May 29, 2019 Deputy Daniel Folk was patrolling Washington Park after a series of car break-ins that occurred a week prior. Folk spotted a suspicious white car leaving the neighborhood in a hurry. Believing the car was trying to evade him, after a series of evasive moves in the area of Kugler Field, Folk caught up to the car and performed a traffic stop. Folk immediately recognized 19 yr. old Olamide Wilson of Washington in the back seat. Knowing that Wilson had previously been charged with breaking into cars Folk investigated and identified all the vehicle's occupants. Finding no stolen property in the car Folk released the car and its occupants and documented his findings. 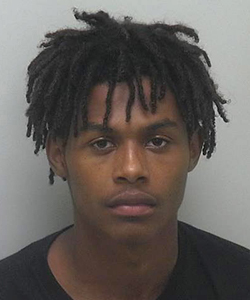 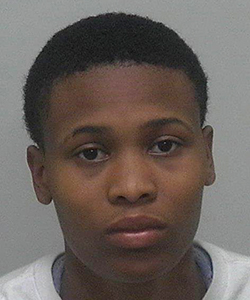 About 4 hours later a Washington Park resident reported that 2 vehicles in his driveway had been entered. Electronic items, one of which was an iPad were taken from his work truck. The victim was able to track the iPad online. The iPad was recovered from an individual who found it on the street near Kugler Field.

The identities of the 4 individuals in the car were passed on to Washington Police Department Detectives. Using that information and a homeowner's video from Slatestone Hills they were able to charge all 4 individuals with 3 counts each of Felony Breaking and Entering a Motor Vehicle, 1 count of Attempted Breaking and Entering of a Motor Vehicle and 1 count of Larceny. 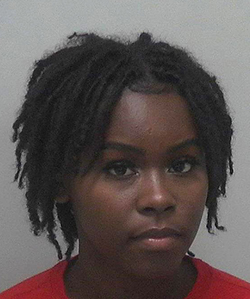 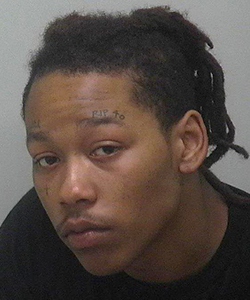 Beaufort County Sheriff's Investigators were also able to charge the same 4 with 2 counts each of Felony Breaking and Entering a Motor Vehicle and 1 count of Felony Larceny. Dontavious Andujar, age 17 of Washington, Tyricka Riddick, age 19 of Greenville and Shanyiah Lee, age 20 of Farmville have all been arrested. Olamide Wilson, age 19 of Washington is still wanted by both agencies. Investigators are continuing to work on several more reports of vehicle break-ins and more charges may be forthcoming for all 4 suspects.

The Beaufort County Sheriff's Office urges all citizens to do their part in preventing themselves from becoming victims. Do not leave valuable personal items, such as cash, cell phones, iPads and pocketbooks in plain sight in your car. Do not store guns in your vehicle. Keep your vehicle doors locked any time they will be unattended, especially at night and report any suspicious activity in your neighborhood.