If a new poll from Emerson Polling is accurate, the Democratic Party has an edge over Republicans in upcoming elections. democrats, republicans, emerson polling, 2020 presidential election, june 4, 2019
Home
Categories
Login 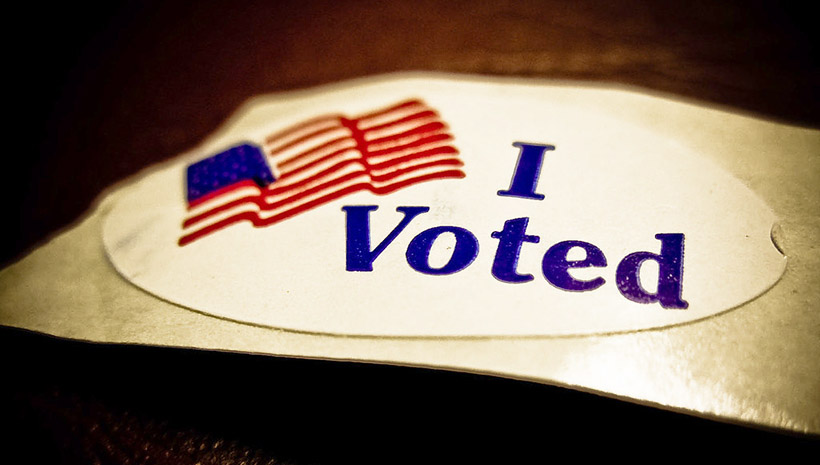 If a new poll from Emerson Polling is accurate, the Democratic Party has an edge over Republicans in upcoming elections.

While FiveThirtyEight, a poll analysis website, gave Emerson a B+ in 2018, some have questioned the reliability of the polling group. Nate Cohn, a reporter for The New York Times, tweeted that Emerson Polling shouldn't be cited because of the sampling it uses.

The June 4 poll, which surveyed North Carolina likely voters on their political opinions, contacted 932 residents between May 31 and June 3. The margin of error is plus or minus 3.1%.

More than 50% of respondents disapprove of President Trump's job performance; 41% approve of the job he's doing. About 7% are neutral or have no opinion.

"A Biden voter is more likely to be a registered Democrat as compared to the Sanders voter who is more likely to be Independent," Kimball said in a news release. "If this trend holds, those states that have closed primary/caucuses will present a distinct advantage for Biden, as Independents won't be able to vote in those contests."

When facing the top five Democratic candidates, Trump barely beats only Harris - 51% to 49%- and essentially ties Warren at 50%. Biden beats Trump, 56% to 44%, while Sanders beats Trump, 54% to 46%. Buttigieg also surpassses Trump - 52% saying they would vote for Buttigieg; 48% said they would pick Trump.

Gov. Roy Cooper, a Democrat, is polling ahead of his likely Republican challenger, Lt. Gov. Dan Forest. A little more than 50% of respondents said they would vote for Cooper in the upcoming election, compared to 38% who would cast a ballot for Forest. Ten percent are unsure.

The upcoming U.S. Senate race in North Carolina has Democratic challenger Erica D. Smith ahead of Republican incumbent Thom Tillis. Tillis is polling at 39%, and Smith is polling at 46%. Fifteen percent are unsure. Tillis is also facing a primary challenger, Garland Tucker III, but respondents weren't polled about him.

A plurality of respondents said they viewed the economy as the most important issue when considering whom to vote for in the 2020 presidential election. The economy topped the list at 32%, followed by health care at 18%, social issues at 14%, and immigration at 13%.

For Democratic primary voters only, health care (27%) and social issues (23%) topped the list. Republican primary voters overwhelmingly said the economy was the most important issue to consider.

"This data suggests that if the election comes down to issues, the Democratic presidential candidate might have a more difficult time crafting a general election message, as both Republicans and Independents rank the economy as the most important issue, while Democratic voters rank it third behind health-care and social issues," Kimball said.