The only thing more worrying than the federal government’s recent announcement that the debt had reached $22 trillion, or 104 percent of GDP, was that it generated such little attention. federal debt, past presidents, strategy, ballooning, april 19, 2019
Home
Categories
Login

A Ballooning Federal Debt No One Is Talking About

Published: Friday, May 17th, 2019 @ 12:32 am
By: Carolina Journal   ( More Entries )
Publisher's note: This post appears here courtesy of the Carolina Journal, and written by Andy Taylor. 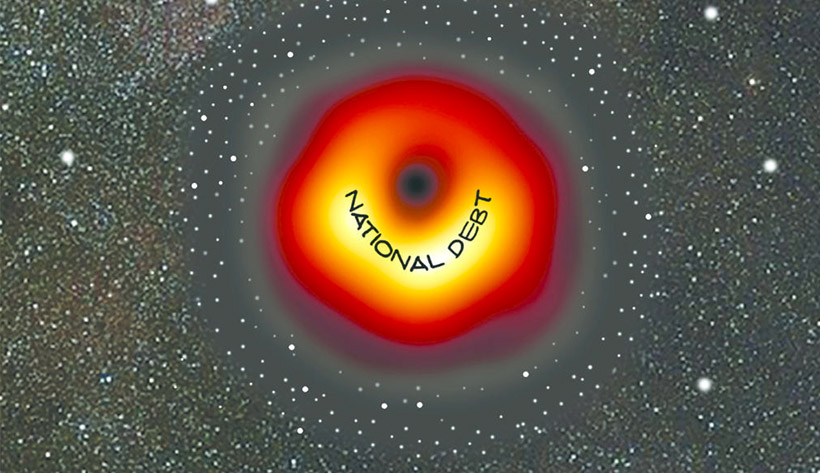 The only thing more worrying than the federal government's recent announcement that the debt had reached $22 trillion, or 104 percent of GDP, was that it generated such little attention.

In the 1980s and 1990s, by contrast, the issue was a central feature of the national conversation. Congressional leaders from both parties crafted a series of procedural innovations designed to keep the debt in check. These included the 1985 Gramm-Rudman-Hollings plan that triggered automatic cuts and the George H.W. Bush budget - famous for his "no new taxes" line - that increased revenue and established a pay-as-you-go requirement to any proposed new spending.

Ross Perot thrust the topic to the center of the 1992 presidential campaign. The debt was then around $4 trillion, but Perot, despite finishing third, received 19 percent of the popular vote and forced the next president's hand on fiscal issues. President Clinton pursued cuts in defense and domestic spending and increased taxes on high earners, corporations, fuel, and Social Security. In concert with his sworn enemy, Republican House Speaker Newt Gingrich, the president pushed through Congress a budget that enjoyed a surplus between 1997 and 2001.

Presidents George W. Bush and Obama were interested in other matters -prosecuting the War on Terror and health-care reform among them. But at least they periodically discussed deficits and the debt. Bush reduced the deficit to just $161 billion in 2007 - less than what it had been in 1983 - despite Iraq and Afghanistan. Then the financial crisis hit. Still, by the time he left office Obama had reduced the deficit by two-thirds from the huge $1.4 trillion level it attained in 2009.

Now we have given up. Democrats are uninterested in the fiscal policy of the Clinton years. The Committee for a Responsible Budget estimates Medicare for All, a policy wildly popular among the party's 2020 presidential candidates, will cost around $3 trillion annually. That is roughly 75 percent of the current budget. The estimated price tag of the Green New Deal - a grab bag of quasi-socialist policies loosely related to environmental concerns and sponsored by Sen. Edward Markey of Massachusetts and Rep. Alexandria Ocasio-Cortez of New York - is astronomical. American Action Forum calculates it will blow a $50 trillion- to 90 trillion-dollar hole in the federal budget over 10 years - and that excludes the plan's pernicious effects on the broader economy.

Worse, the Democrats seem to have come up with an economic model to justify their ambitions. Modern monetary theory asserts the magnitude of debt doesn't matter because countries print money and can therefore always pay creditors. Policy makers just need to be cognizant of inflation. To prevent overheating they can tax and issue bonds.

The Republicans used to check Democratic profligacy. President Eisenhower helped produce two years of surpluses during his presidency. Known traditionally as fiscal conservatives, Republicans became less concerned with debts and deficits during the 1980s. Even President Reagan, however, despite his commitment to winning the Cold War and embrace of supply-side tax cuts, periodically touched the brakes on the deficit. He signed strategic tax increases into law in 1982, 1984, and 1987.

President Trump has absolutely no inclination to worry about debt and deficits. The 2017 tax bill has assisted economic growth a little, but in the short term at least has reduced revenue. He also lacks discipline on the spending side. In a purely symbolic gesture, the president has asked his cabinet secretaries to reduce their departments' expenditures. The large cuts he has proposed to agencies like the EPA and State department in his 2020 budget are unrealistic.

Trump has increased military outlays significantly. He wants a border wall with Mexico that will cost about $60 billion. In the meantime, he will not even contemplate desperately needed reform to Medicare and Social Security. Left untouched, the big entitlement programs will cripple the budget over the next several decades.

Trump is running the country as he ran his original business. Real estate relies on debt, not equity. Borrowing permitted the president to accumulate properties in the expensive and generally healthy New York City market. So long as their paper value continued to grow, all was good.

Unfortunately, the American economy doesn't work that way - at least it has not for the past decade. We are in a prolonged period of slow growth and meager increases in productivity. As the size of our obligations to creditors grows, so our ability to pay them cheaply and with promises of future benefits diminishes. Debt service costs are currently 10 percent of expenditures, and in 2023 they will be larger than the defense budget. Every one percentage-point loss in GDP growth costs the government about $10 billion. As U.S. interest rates decline, foreign investors look elsewhere for returns. We are slowly falling into a fiscal death spiral.