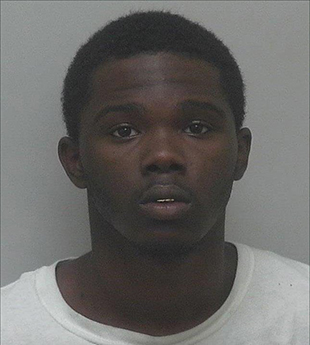 Rasaun Tylik Reese
Beaufort County Sheriff's Deputies responded to a residence on Jacks Street at approximately 2:15 pm on November 10, 2018. Upon arrival they discovered a Washington man had been shot in the abdomen at the nearby VFW Post parking lot. The victim was transported to Vidant Medical Center in Greenville by EMS. Sheriff's Investigators responded to the scene and to the Emergency Department.

Investigators began working to identify the unknown assailant and on November 15, 2018, they applied for and obtained warrants charging Rasaun Tylik Reese, age 18, of Greenville, NC with First Degree Attempted Murder and Robbery with a Dangerous Weapon. Investigators enlisted the assistance of the Greenville Police Department and the NC SBI Criminal Apprehension Team in locating Reese, who was arrested in Greenville.