Login to Send a Private Message to Brandia Deatherage
At $12 a ticket, the three-and-a-half hour opening concert to the Beaufort County Arts Council’s second-annual Beaufort County Music Festival was a smart buy. Nevertheless, only 150 of the 300 tickets were sold, according to Turnage Theater Box Office Manager Katherine Buchholz.

The low turnout can be partly attributed to the ignored back-story of performer Lipbone Redding, aka Citizen One, aka Lawrence Vanderpoel Behr II, in preview stories and advertisements leading up to the event. 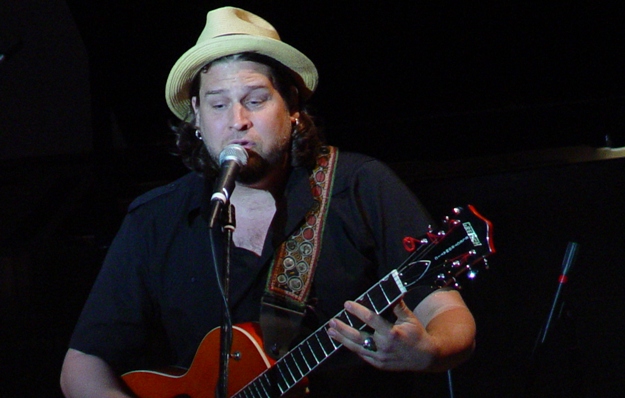 Lipbone Redding performed at the opening concert of the Beaufort County Music Festival in Washington on Friday.
Redding may be currently living an invented persona and bohemian lifestyle in the Bronx, N.Y., but he is a native son of eastern North Carolina and was a recurring artist at downtown Washington’s The Curiosity Shoppe restaurant, which was owned by his father, Lawrence Vanderpoel Behr; stepmother, Libby Behr; and stepbrother, Matt Holler.

On the other side of the coin, the 150 people in attendance made good use of the extra space, as Lipbone Redding and the Lipbone Orchestra and the Holy Ghost Tent Revival took turns bringing down the house. From the empty balcony, where I had a private dance party with my family and friends, one could see young gals and grey-heads dancing in the pit and down the isles.

With an air of edgy honesty and good humor, Redding entertained a diverse audience by flirting with the ladies and telling wild stories between and within his soulful, often silly, songs. Accompanied by a stand-up bassist and drummer, Redding sang, played the guitar and flute and imitated the sound of a trombone with his voice. People enjoyed themselves, in spite of themselves; and peals of that rare, un-canned laughter became infectious. 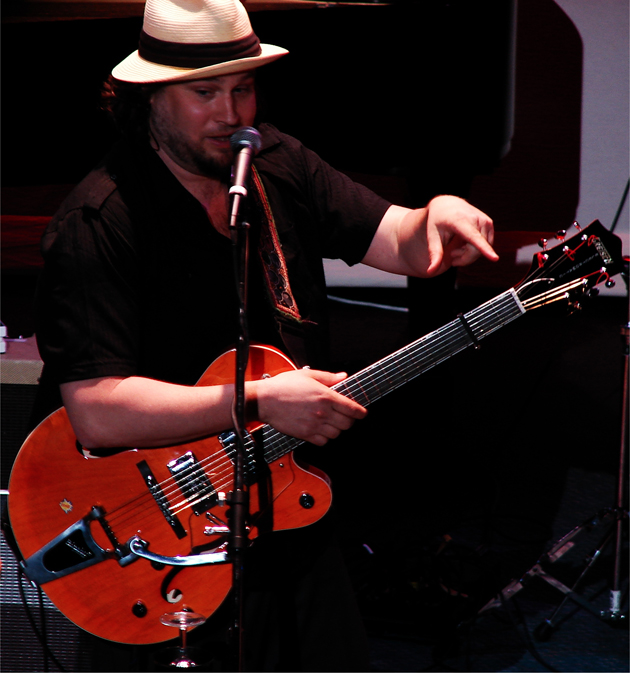 Five years ago, when Redding was in town visiting The Curiosity Shoppe, a chain of events began that led to the creation of what he called an “epic song,” one that “you could write a move about.” While he was having a drink at the bar, a lady, who’d heard he was on his way to India, propositioned him with a very unlikely request, he told the audience. Her best friend had recently passed, and she wondered if he would scatter her ashes over the Ganges River.

“I have my best friend’s ashes over here on 2nd Street in my underwear drawer,” he recalled her saying.

“That’s an odd place to keep your best friend’s ashes, but ok,” Redding paraphrased his reply. 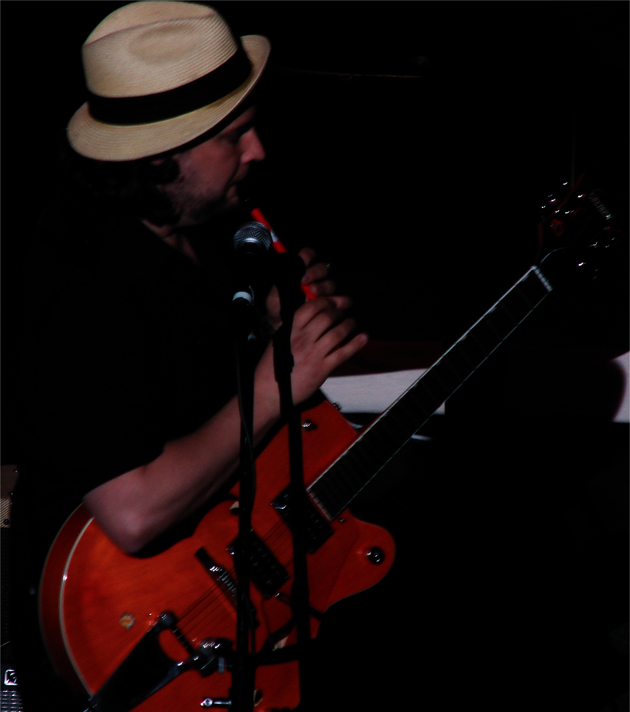 The experience of scattering her ashes over the Ganges inspired him to write “Indian Rose,” from the Hop the Fence album, in which he utilizes throat singing techniques to imitate the sound of a sitar.

“I’ve always been obstreperous,” he said. “The ‘lipbone’ is sort of a distillation of my mischief.”

He started getting jobs in N.Y. as that “lipbone guy” when his vocal trumpeting overtook his Citizen One persona. (The name Lipbone is a contraction of lip-trombone, if you hadn’t already figured that out.) His band, Lipbone Redding and the Lipbone Orchestra, has produced three albums: Hop the Fence, Party on the Fire Escape and the Science of Bootyism, which can be found at their Web site www.lipbone.com. 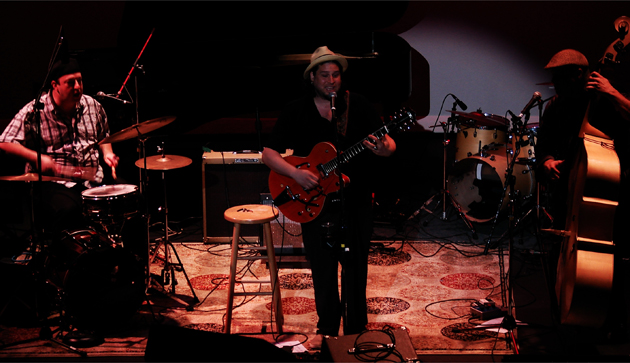 “My invisible childhood friend is the horn player in my band,” joked Redding. “The way I feel about it is: If they don’t go away, you gotta put them to work.”

The second performance was by the Holy Ghost Tent Revival, comprised of six young guys from Greensboro who used traditional instruments—guitar, bass, brass, banjo, drums and keyboard—in a surprisingly unconventional way. For instance, the banjo player acted as if he were playing an electric guitar, the pianist banged the keys and his head simultaneously, and the bassist played standing on top of their amplifier. 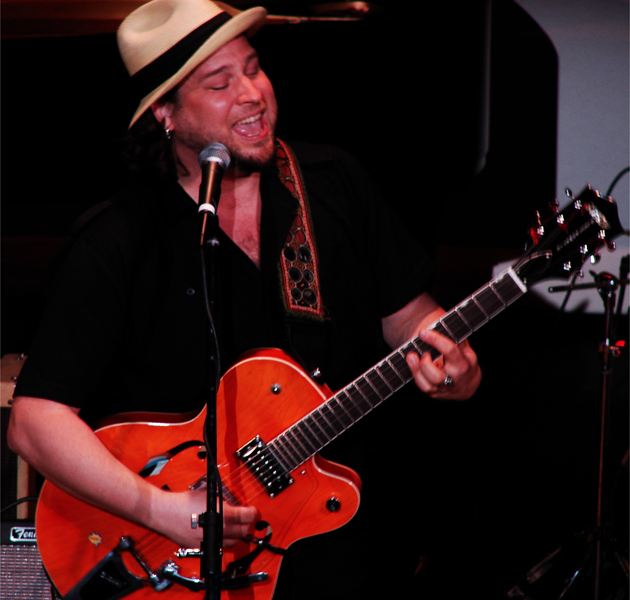 I was proud of the older members of the audience for sticking this one out, and I am convinced, it was for the greater good. Friday night’s raucous show at the Turnage Theater reminded Washington what it was like to be joyful, to be funny, to be eccentric and to be current. For just that night, the Beaufort County Music Festival strayed from its traditional roots in bluegrass and folk, and brought downtown Washington a breath of cool air.

On their way out of the auditorium, sophisticated women could be seen straightening themselves and one was overheard commenting to another, “Well, that was an experience.” Hey, at least it lasted while it did.