Published: Wednesday, May 9th, 2018 @ 5:01 pm
By: John Locke Foundation   ( More Entries )
Publisher's note: The author of this post is Kari Travis, who is an associate editor for the Carolina Journal, John Hood Publisher.

SALISBURY - State and federal leaders are rightly taking steps to rescue victims of human trafficking, but unless lawmakers increase support for survivors' care and rehabilitation, those efforts will be thwarted, a group of North Carolina experts say.

U.S. Reps. Richard Hudson, R-8th District, and Ted Budd, R-13th District, talked at length Wednesday, May 2, with a group of 13 community, nonprofit, and law enforcement officials. The discussion, which centered on North Carolina's rank in the top 10 states for human trafficking, was propelled by the April 11 enactment of the Fight Online Sex Trafficking Act, a law that blocks advertising websites from the "promotion or facilitation of prostitution."

That legislation received mixed reviews, with some organizations, such as the American Civil Liberties Union, claiming it might muzzle free speech. Reason, a libertarian policy magazine, protested that the bill would harm the welfare of voluntary sex workers who depend on Backpage to screen and regulate their clientele.

"There is no such thing," he said. "There's no one that's involved in sex trade that is voluntarily there. Everyone has been coerced in some way. It's not a victimless crime."

FOSTA criminalizes "reckless disregard of sex trafficking." Punishments include fines and prison terms of anywhere between 10 and 25 years. 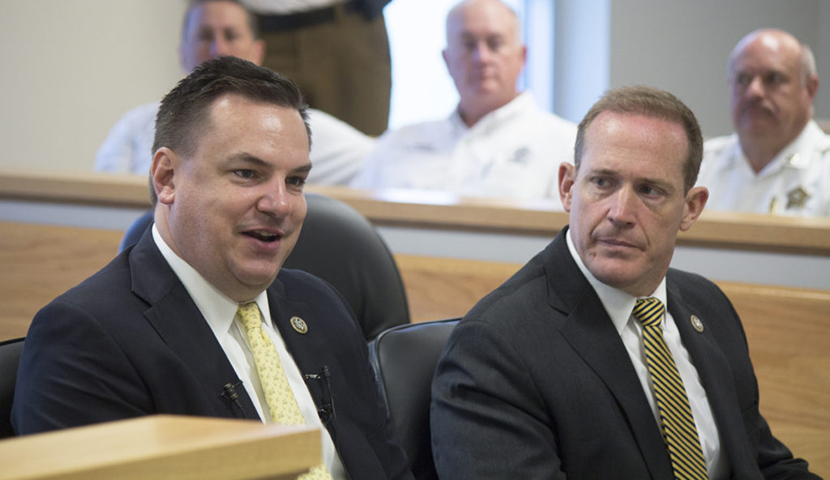 The federal government has seen an 87 percent drop in web-based trafficking ads since the bill passed Congress, Hudson said.

Those improvements are tremendous, but unless escaped victims have somewhere to go, the cycle will continue, said Carla Tweddale, founder and president of Lily Pad Haven, a Charlotte-based nonprofit that provides housing and rehab for survivors.

"The level of care that a trafficking survivor needs is different than any other population we see," Tweddale said.

North Carolina confirmed 221 cases of trafficking in 2017, making it the eighth-worst state for modern slavery in the U.S., data from the National Human Trafficking Hotline show. In 2016, the state identified 181 cases, putting it in 10th place.

The actual population of victims is likely much higher, said Tweddale. Those who are trafficked rarely self-report. Many are under the influence of drugs. Stockholm syndrome and distrust of law enforcement also prevent women and men from seeking escape, said James Chavis, Kannapolis chief of police.

More than 70 percent of cases involve sex slavery, NHTH reports. The nation's top two trafficking venues are hotels and massage parlors. Online ads, such as those formerly featured on Backpage and Craigslist, are the third-highest resource for traffickers.

In 2017, North Carolina lawmakers passed legislation to regulate massage parlors and publicize the NHTH phone number. Some lawmakers pushed a move to fund survivor care centers and increase public education on the issue, but the bill gained little traction.

Lawmakers must provide more money, Tweddale said. Lily Pad Haven was founded in 2011, when only 98 beds in the nation were available specifically for the care of trafficking victims. The organization now has served a total of 71 survivors, but it must turn away four or five victims every week.

It's tough to expand services when staffing is so costly, Tweddale said.

"There is a lot more collaboration that could be happening," Hudson said.

Federal lawmakers will seriously consider how to support organizations like Lily Pad Haven, but it's anyone's guess how long those efforts may take, Hudson told CJ.

Raising awareness remains critical, since so few realize the trade is an everyday horror for people in North Carolina communities, said Sherry Earnhardt, a board member for the Triad Ladder of Hope.

"This is a very hidden crime. Sometimes we don't educate ourselves on this problem as much as we should."