For many years, I have had a percolating theory hiding just below the surface of my mind. Imagination and reality, Technology, Pirates, sailing ships
Home
Categories
Login

Observations on the Obvious

For many years, I have had a percolating theory hiding just below the surface of my conscious mind. I have been one of the fortunate ones who was raised in an age where technology improved the standard and quality of life for almost all of my generation. But it appears that this all came at a cost to individuality.

Observations on the Obvious 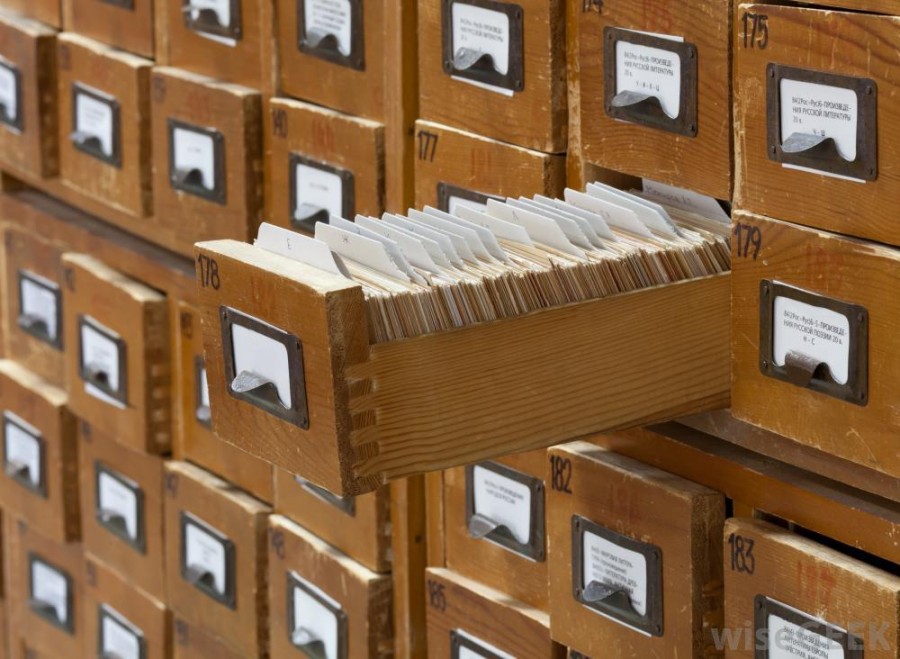 Unlike my parents, I straddled the transition from information available only in written form to the current environment where information is available at the touch of a keyboard or screen.  Anyone who went to school in pre 1980 will remember the days spent in the school or local library doing research for a term paper.  For many it was a dreaded event while for others it was a peek into the past through a combination of facts and imagination.  Term papers used to be a combination of form and substance.  Not only were you required to show where your got your facts but you had better spend some time on penmanship.  I have always been a lousy penman.  My writing was so bad (still is) that I once had a paper returned with a note. "Unreadable, try again!" I won't go so far as to say my savior was the typing class in 10th grade, but it did improve my presentation though it did not help with the factual basis of my papers.

We got our first television when I was around 9 or so (1954) and I was in high school before I ever saw a color TV, thanks to a friend's parents acquisition of one so we could see Bonanza (1962) in color.  Color TV was available before Bonanza but economic circumstances dictated that only one of my friends parents could afford one. They also had a backyard pool. Obviously their house was one of the most popular in the neighborhood where I hung out.

For most of my childhood, playing outside was the order of the day. I won't bore you with the "we knew when to come in when the street lights came on" but it does seem to have a ring of truth.  Most of our games were devised using nothing more than a few props and some ingenuity. I think I was 13 when the Hula Hoops became so popular.  I can't imagine a current generation spending hours standing in their front yard swinging their hips to keep that former garden hose going around. 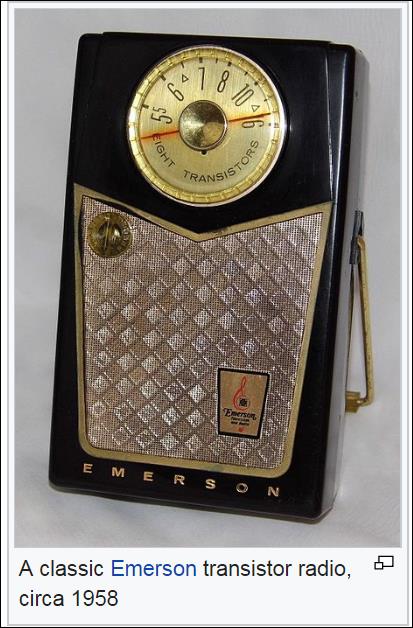 Things got a bit better in high school when the transistor radio (1958) was pretty much the rage for Sub Freshmen in the eighth grade.  Of course we only had AM broadcast at the time and were pretty much at the mercy of the local DJ for our choice of music. Thank goodness for Ricky Nelson, Buddy Holly and of course Elvis.

The technology trajectory picked up fairly fast in the 1960s with the space race and the first moon landing in 1969.  And the rest as they say is history.  It was not until the mid to late 1980s that most people had access to a personal computer which began to change the way almost everything was done.

I don't lament the loss of archaic methods of entertaining ourselves, but I do note that one thing has changed.  WE NO LONGER HAVE TO WORK TO ENTERTAIN OURSELVES. Just a push of a button, or a voice command can summon a host of things to keep our minds occupied.  I realize that this is not an original thought on my part, but I was recently reminded of the way technology can alter the cognitive operation of a mind.  I no longer can or need to remember phone numbers. There was a time in my career where I could remember the account number, phone number and address of my top 50 industrial customers.  I could also remember the part number of our most popular products.  Today, I cannot remember any phone numbers except my first two or three on the dial phone of my youth. 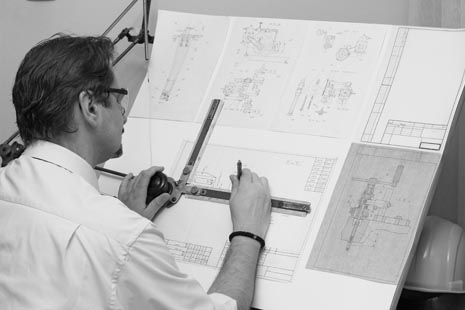 I remember one of our design engineers lamenting about the crop of young engineers who did not know how to properly use a drafting table.  His claim was that AutoCad and other computer drafting software made for lazy engineers and lousy products.  Since you could make changes on the fly and have it ripple through the layers of drawings, you did not have to put much thought or calculation into your designs.  He was probably correct in his belief that you should think and plan before committing your design to paper.  If you screwed up badly enough the whole drawing had to be redone. I am sure there are errors in this article that I will not catch because spell and grammer check will red line the obvious errors, but not catch the errors that could be there in the wrong context.

So what is this theory that I mentioned in the first paragraph?  When you no longer have to be proactive to entertain yourself you develop a lazy approach to other things, like though and problem solving.  Like I said above WE NO LONGER HAVE TO WORK TO ENTERTAIN OURSELVES. We are too quick to consume the pablum of 'FACTS' presented without though or effort. That pablum helps us form opinions not based in facts because we are either too lazy or too ready to accept the things that make us feel good.

Aldous Huxley wrote a novel (Brave New World) in 1932 that hinted at the future of mankind. It is not so important whether his predictions (it is a work of fiction) came true as it is that the world was changing the way we act and react to technology and fake science. Science is not a democracy with scientist voting to form a consensus. It is either is fact or it is not fact. Calling computer modeling "SCIENCE" is the fallacy of the climate debate. The truth is we don't really know what the heck is happening to the earth. If we cannot predict the weather 30 days out I doubt we can predict the climate 5 or 10 years out. Here is the chilling quote about Brave New World that should warn us how fact and fiction can be manipulated by those in power.

"It is important to recognize the distinction between science and technology. Whereas the State talks about progress and science, what it really means is the bettering of technology, not increased scientific exploration and experimentation. The state uses science as a means to build technology that can create a seamless, happy, superficial world through things such as the feelies. The state censors and limits science, however, since it sees the fundamental basis behind science, the search for truth, as threatening to the State’s control. The State's focus on happiness and stability means that it uses the results of scientific research, inasmuch as they contribute to technologies of control, but does not support science itself. " Spark Notes. 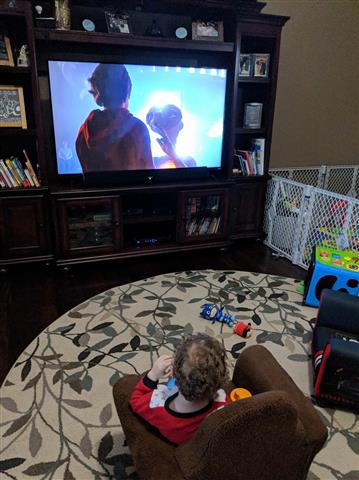 I have watched my grand kids play in the living room and immediately stop what they are doing the minute the TV is turned on to a cartoon or something else that catches their interest.  The immediately place themselves in a chair and are glued to the screen. Apparently ET has returned home.

Naturally, as I said, this is not an original idea by me, but I did wait until I wrote this article to research the "How Technology is Changing the way we think."  Here is just one result of my research:

"You can think of attention as the gateway to thinking. Without it, other aspects of thinking, namely, perception, memory, language, learning, creativity, reasoning, problem solving, and decision making are greatly diminished or can’t occur at all. The ability of your children to learn to focus effectively and consistently lays the foundation for almost all aspects of their growth and is fundamental to their development into successful and happy people." Pyschology Today

My imagination was sparked by the book Treasure Island written by Robert Louis Stevenson in 1883. Something about the X on the map grabbed my attention. I had vivid mental pictures of Pirates and treasure maps. I was already well into my own private pirate world when Walt Disney made a movie in 1950. I don't know the exact year when I saw the movie but it was most likely 1954-55. That may have been one of the first times I had to reconcile my imaginary images with the film images. Over the years, I have found it is better to read the book before I see the movie. That is the wonderful thing about having mental images created by you own mind rather than some film director.But I will admit that the movie images were pretty much the same as I had imagined, with the exception being that the little boy was me." 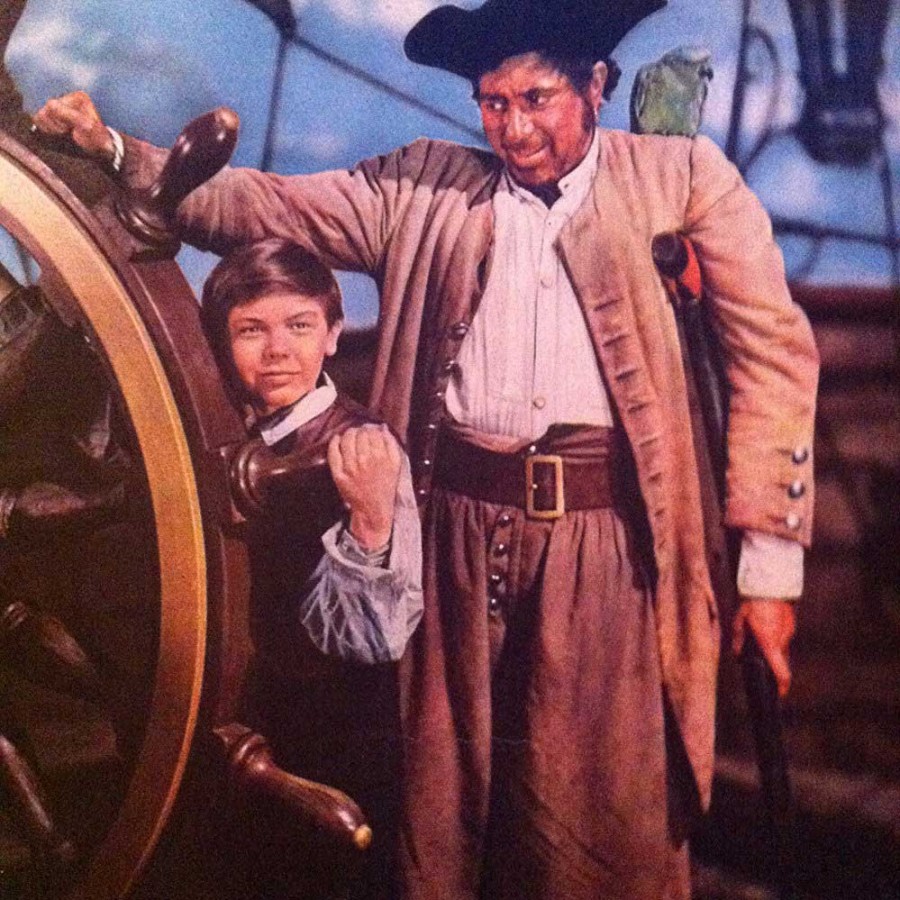 I think that a child's imagination is ingrained into their makeup from birth, but I also think that it can be blunted by the constant input that requires no work.  Computer gaming seems to take away the patience that was once required as everything happens at the speed of frames per second.  Is it possible that the Attention Deficit of our youth is induced by the constant effortless free technology of TV, Ipads, Smart Phones etc? Parenting in today's world may be multifold degrees more complicated than it was for my parents and myself. If it is true that we are what we eat, maybe it is not too far fetched to see that we become what we watch. Can you remember the times when all you had to do was imagine your way into an adventure from the back porch or bedroom? Here is an example of how a child's imagination can take them to far away places with dreams of Pirates and sailing ships. Let's try a little experiment. Read the words below or watch the video and see if it does not bring back that innocence that you once had as child not hampered by a flickering screen or limitations of possibility. Just you, a friend and your imagination.

The Pirates of Stone County Road

Written and performed by John Stewart

Henry! It's getting t'wards suppertime you know. Henry!"

Were turning for home

"Henry! You better be getting on up to bed now, don't ya know, Henry!"

"Henry! Can you hear me, Henry. Are you up there Henry? Henry!"

Its okay to take a moment or two and day dream or use your imagination to escape the realities of life. In fact, it might even help you to separate reality from fantasy when you see the results of someone else's imagination presented as facts.