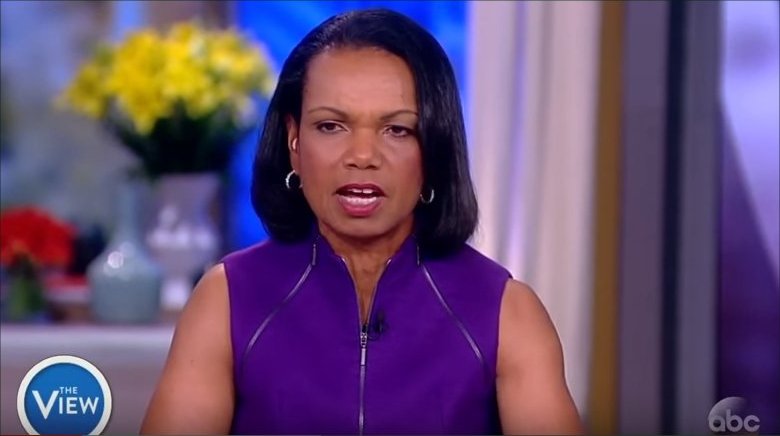 On Thursday, former Secretary of State Condoleezza Rice stunned the women of The View by defending Second Amendment rights. She explained:

Let me tell you why I'm a defender of the Second Amendment. I was a little girl growing up in Birmingham, Alabama, in the late fifties, early sixties. There was no way that Bull Connor and the Birmingham Police were going to protect you. And so when White Knight Riders would come through our neighborhood, my father and his friends would take their guns and they'd go to the head of the neighborhood, it's a little cul-de-sac and they would fire in the air, if anybody came through. I don't think they actually ever hit anybody. But they protected the neighborhood. And I'm sure if Bull Connor had known where those guns were he would have rounded them up. And so, I don't favor some things like gun registration.

This came as a shock to the women of The View, who quickly seized on Rice's statements regarding age for weapons purchase to shift the conversation. But Rice's point is absolutely correct, and absolutely politically incorrect: black Americans were forcibly deprived of their Second Amendment rights for decades.