Published: Tuesday, January 9th, 2018 @ 2:19 am
By: John Locke Foundation   ( More Entries )
Publisher's note: The author of this post is Kari Travis, who is an associate editor for the Carolina Journal, John Hood Publisher.

RALEIGH     North Carolina is a national front-runner in protecting campus speech rights, a recent report from the Foundation for Individual Rights in Education shows.

FIRE, a nonprofit research and legal organization, examines more than 450 public and private universities each year. Schools are rated based on the constitutionality of their speech policies. 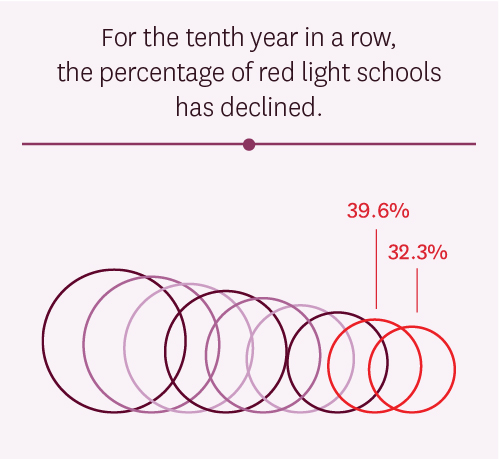 (Graphic courtesy of the Foundation for Individual Rights in Education.)

Just 35 out of 461 surveyed schools received green lights this year. North Carolina is home to eight green-light schools, far and away the national leader, Samantha Harris, a FIRE spokeswoman, told Carolina Journal. Pennsylvania is next with four, followed by Indiana and Virginia, with three each.

The latest ratings are encouraging, Lt. Gov. Dan Forest, who has worked with FIRE to bolster free speech across the University of North Carolina's 16 schools, told Carolina Journal.

Duke University is North Carolina's only private school with a green light.

In 2008, only eight schools in the nation were rated green. But while speech rights are gaining traction on campuses, roadblocks remain, FIRE says.

"Since public colleges and universities are legally bound to protect their students' First Amendment rights, any speech codes - red or yellow light - are unacceptable," the report states.

Of 104 private colleges, 56 were red, 37 were yellow, and four were green. The remaining seven schools were labeled as "warning schools," which don't promise free speech. Those universities prioritize other values - many religious - over the First Amendment. 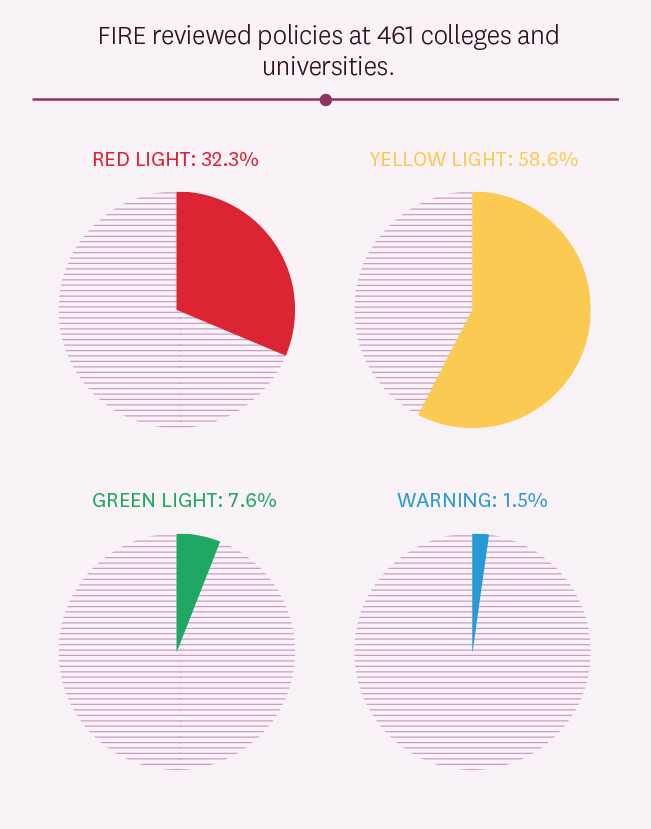 (Graphic courtesy of the Foundation for Individual Rights in Education.)

"Despite the critical importance of free speech on campus, too many universities - in policy and in practice - chill, censor, and punish students' and faculty members' expressive activity," the report says.


A handful of North Carolina lawmakers are outspoken supporters of free speech. The legislature in 2017 passed a bill to fortify First Amendment rights on UNC campuses.

House Bill 527, Restore/Preserve Campus Free Speech, required the UNC Board of Governors to adopt a uniform speech policy for the UNC system. It also directed the board to form a Committee on Free Expression.

The board adopted such a policy late last year.

Some organizations, including the American Civil Liberties Union of North Carolina, cautioned against the law, stating it could chill speech - not protect it.

The bill was a solution in search of a problem, ACLU spokeswoman Susanna Birdsong told CJ during a May 2017 interview.

"We do believe that the UNC system and North Carolina colleges in general are effectively protecting speech on their campuses today, and that there are existing remedies that are working well when they don't do that," Birdsong said.

When H.B. 527 passed, only one UNC campus - Chapel Hill - ranked as a green-light school. Eleven others were ranked yellow, and the remaining four were designated red.