One should be careful of trying to get the truth from books written shortly before, during and shortly after a man runs for President of the United States. political books, fiction or fact, Presidential books
Home
Categories
Login

Don't look for the Truth in Contemporaneous Books

One should be careful of trying to get the truth from books, articles or pamphlets written shortly before, during and shortly after a man runs for President of the United States. Our history is replete with examples of biased accounts about chosen leaders and also written by our chosen leaders. Lately almost every Presidential candidate feels the need to write a book prior to running for office. Usually those contemporaneous tomes are authored by partisan writers who are either trying to enhance, or destroy a political candidate or office holder. In many cases they are designed just to reinforce their base and are not in reality a search for the truth.

Over the years, I have learned to discount all books written during the heat of the moment when I try to evaluate the truthfulness of the book.  For the most part that has been a part of our landscape since Benjamin Franklin first set a letter in type. The difference today is that anyone with a keyboard can write and perhaps publish without much effort.  Just like this article, all one needs is an rant, a forum and the willingness to express their opinion.  Technology has made publishing a book (or Ebook) somewhat like walking the dog. All you need is a leash (keyboard), a dog (computer) and a fireplug (subject). The first thing I do when I see an article, book, blog or opinion piece is research the author. That usually saves me time from arguing with them if I chose to read, watch or listen to their offering.

I find nothing wrong with this development. It actually helps to have various opinions expressed so the public can make a decision.  It is open to question if the opinions formed from various blogs, books and articles fall into the category of "INFORMED."  Nevertheless, information is more available now than perhaps any other time in history. At the time of the founding of this nation, information was decimated by typeset written form, local speeches and perhaps word of the mouth. Many citizens were illiterate and look who they chose to found the country.

One of the most enduring lessons, I have learned in life came from my Baptist preacher in our little city church in Candler Park, Atlanta.  I wish I had a copy of his sermon because I probably have added my own bias to the memory.  In short the thesis of his sermon as this:

We live our life based on faith and trust.

However, it is up to each of us to be mindful of the fact that at least eight authors, each with a somewhat differing versions and 27 Chapters of the events of Jesus' life. 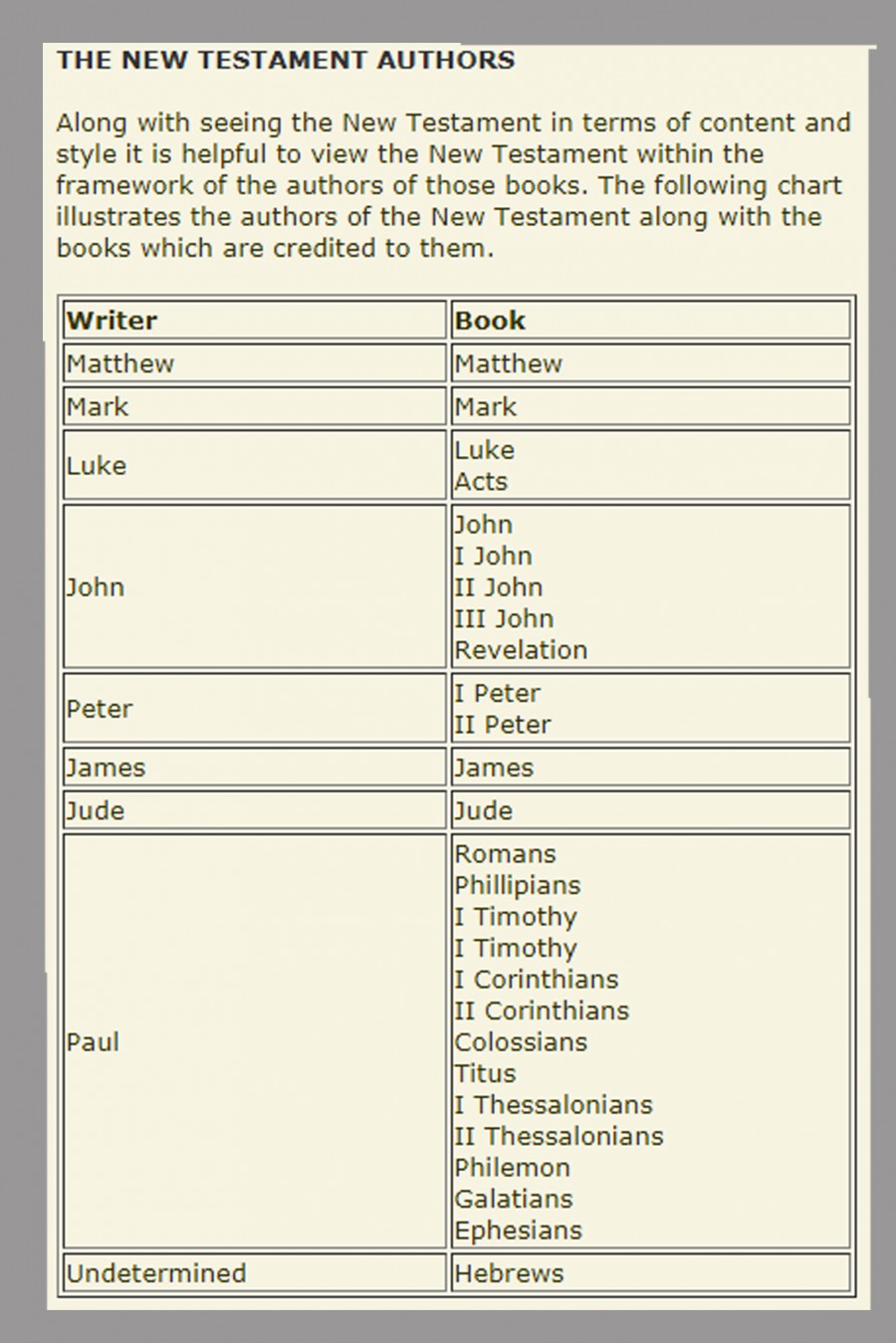 The Authors of the New testament

As I recall he added that the explosion of religion into multiple sects and divisions adds to the confusion and validity of any one version.  His summation was that the simple matter of fact was that it is not the words that are important but the heart.

I cannot say that was the beginning of my distrust or skepticism about the written or spoken word. But I can say that somewhere along the way, I grew increasingly less naive about what I believe to be true. Some would say it is an obsession, I prefer to say it is the result of an overly inquisitive mind. Most of my life I have had a fascination with how things work and have been guilty of taking many things apart to find out "What makes them Tick."  The result of most of those exercises in research is that the subjects never "Ticked" again. My dad did not coin this phrase but he used it often to describe me.  "That boy could break an Anvil!" Digging deeper into the weeds is a natural progression for me.

The simple point is that humans have an innate sense that requires us to persuade others to adopt our version of the truth. At this point, I guess I should provide a long list of books written about every President that either makes them a Deity or a Devil, but the repressed minimalist in me forces me to resist that temptation.
But if you insist here is a list of some of those books: Presidential books

However, the 'pompous know it all in me' requires me to list a few quotations regarding the open exchange of ideas.

“Freedom of speech is a principal pillar of a free government: When this support is taken away, the constitution of a free society is dissolved,” wrote Founding Father Benjamin Franklin in The Pennsylvania Gazette.

“If all printers were determined not to print anything till they were sure it would offend nobody, there would be very little printed.” — Benjamin Franklin, U.S. Founding Father

“But none of the means of information are more sacred, or have been cherished with more tenderness and care by the settlers of America, than the press.” — John Adams, second U.S. president

“The liberty of the press is essential to the security of the state.” — John Adams, second U.S. president

“If men are to be precluded from offering their sentiments on a matter, which may involve the most serious and alarming consequences that can invite the consideration of mankind, reason is of no use to us; the freedom of speech may be taken away, and dumb and silent we may be led, like sheep, to the slaughter.” — George Washington, first U.S. president

“Our liberty depends on the freedom of the press, and that cannot be limited without being lost.” — Thomas Jefferson, U.S. Founding Father

“Congress shall make no law respecting an establishment of religion, or prohibiting the free exercise thereof; or abridging the freedom of speech, or of the press; or the right of the people peaceably to assemble, and to petition the government for a redress of grievances.” — U.S. Constitution

“Were it left to me to decide whether we should have a government without newspapers, or newspapers without a government, I should not hesitate a moment to prefer the latter.” — Thomas Jefferson, U.S. Founding Father

“Freedom of speech is a principal pillar of a free government: When this support is taken away, the constitution of a free society is dissolved, and tyranny is erected on its ruins. Republics and limited monarchies derive their strength and vigor from a popular examination into the action of the magistrates.” — Benjamin Franklin, U.S. Founding Father

“It is the function of speech to free men from the bondage of irrational fears.” — Louis D. Brandeis, U.S. Supreme Court justice

“We are so concerned to flatter the majority that we lose sight of how very often it is necessary, in order to preserve freedom for the minority, let alone for the individual, to face that majority down.” — William F. Buckley Jr., founder of National Review magazine

“Of that freedom [of thought and speech] one may say that it is the matrix, the indispensible condition, of nearly every other form of freedom.” — Benjamin N. Cardozo, U.S. Supreme Court justice

“Freedom is not a luxury that we can indulge in when at last we have security and prosperity and enlightenment; it is, rather, antecedent to all of these, for without it we can have neither security nor prosperity nor enlightenment.” — Henry Steele Commager, U.S. historian

“We cannot have a society half slave and half free; nor can we have thought half slave and half free. If we create an atmosphere in which men fear to think independently, inquire fearlessly, express themselves freely, we will in the end create the kind of society in which men no longer care to think independently or to inquire fearlessly.” — Henry Steele Commager, U.S. historian

“If there is any principle of the Constitution that more imperatively calls for attachment than any other it is the principle of free thought — not free thought for those who agree with us but freedom for the thought that we hate.” — Oliver Wendell Holmes Jr., U.S. Supreme Court justice

“We are reluctant to admit that we owe our liberties to men of a type that today we hate and fear — unruly men, disturbers of the peace … in a word, free men. … Freedom is always purchased at a great price, and even those who are willing to pay it have to admit that the price is great.” — Gerald W. Johnson, U.S. journalist

“Freedom of conscience, of education, or speech, of assembly are among the very fundamentals of democracy and all of them would be nullified should freedom of the press ever be successfully challenged.” — Franklin D. Roosevelt, 32nd U.S. president

“You tell me that law is above freedom of utterance. And I reply that you can have no wise laws nor free entertainment of wise laws unless there is free expression of the wisdom of the people — and, alas, their folly with it. But if there is freedom, folly will die of its own poison, and the wisdom will survive.” — William Allen White, Pulitzer Prize-winning editor
Great American Thinkers on Free Speech

I suppose it is appropriate to mention that Tweeting or Twitter or whatever the heck it is called is part of the "Free Speech" now. I probably could have saved my loyal 60 readers a bunch of time just by saying:

'YOU ARE IN CHARGE OVER WHAT YOU BELIEVE'
That should be a very disturbing and thought provoking statement. 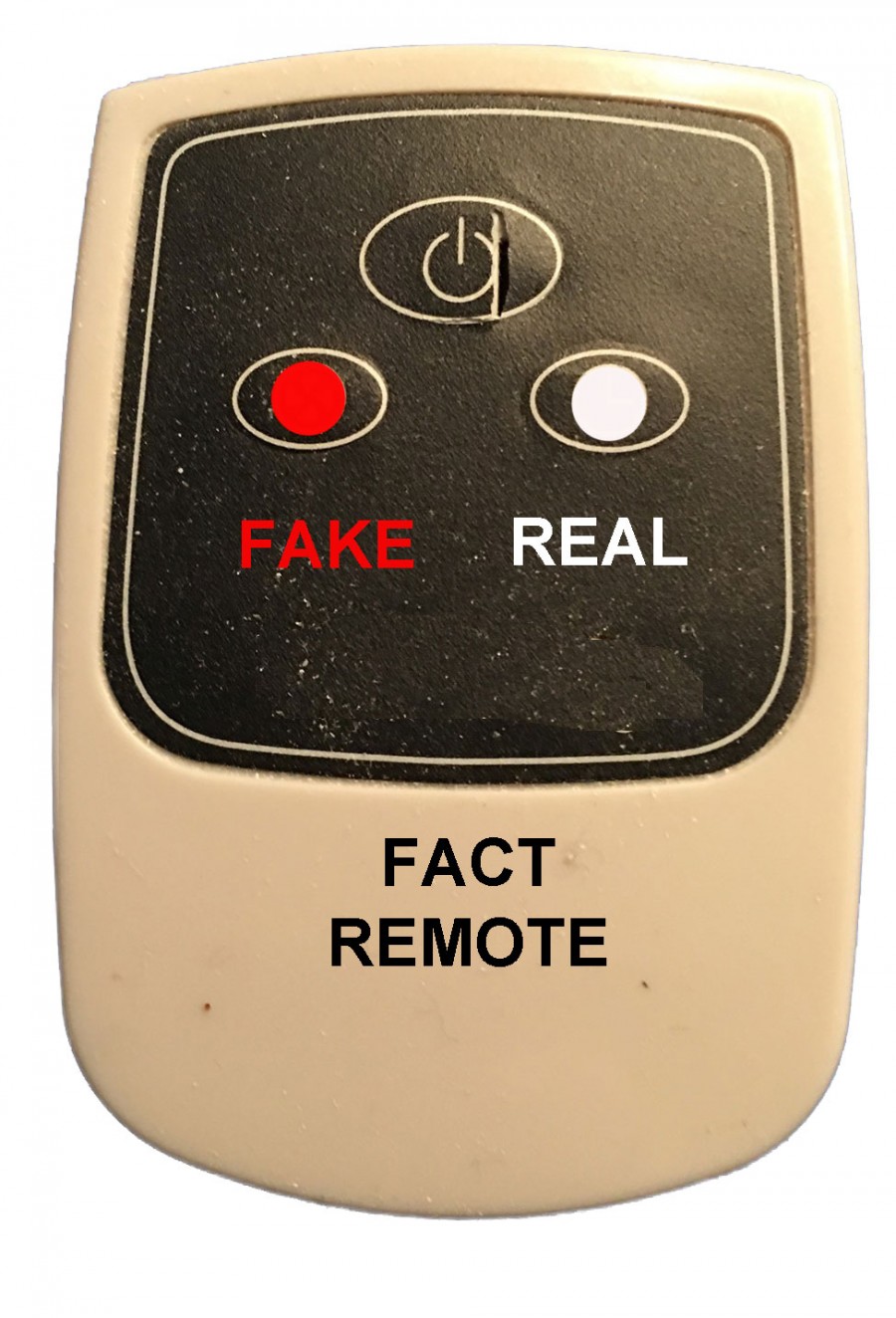