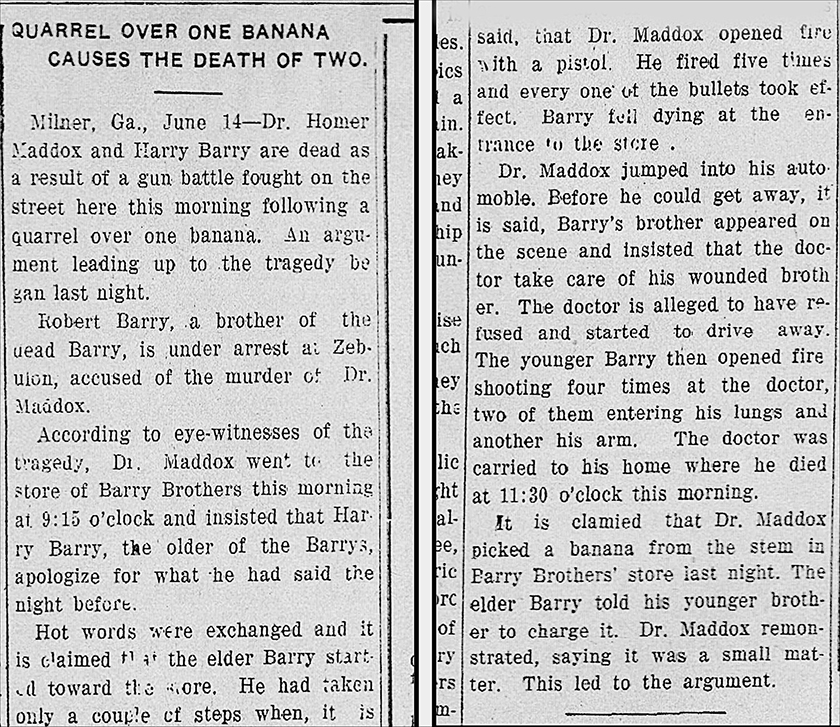 For some reason, most everybody had a gun in 1914 Georgia and used them often at weddings, funerals and public gatherings ... kind of like Metro today.

Is it possible that a young journalist is learning to aggrandize a story? I must look up the word "remonstrated" because the last lines say Dr. Maddox remonstrated ...

Anyway, I doubt the argument was over one banana. The story starts that Dr. Maddox insisted on an apology for what had been said the night before then ended with a banana.

I do not know why they took the Doctor home to die but apparently hospitals or other doctors were not available. The Doc did have an automobile for transport.

Public executions were usually on Saturday until abolished in 1936. Families with children would attend. I guess the kids were Scared Straight.

Conclusion: Graphic headlines are necessary to grab attention in a crowed newspaper.

1914 journalist were just getting started as local newspapers merged with larger Metro then National publications. Radio was competing for attention and it took better headlines to interest readers.