Their "Will the Circle be Unbroken," recorded and released in 1972, became a hit with young folks in its time, and is one of the single greatest proponents to propel these fans into a more traditional music, and once you develop an ear for it, this music never gets old. 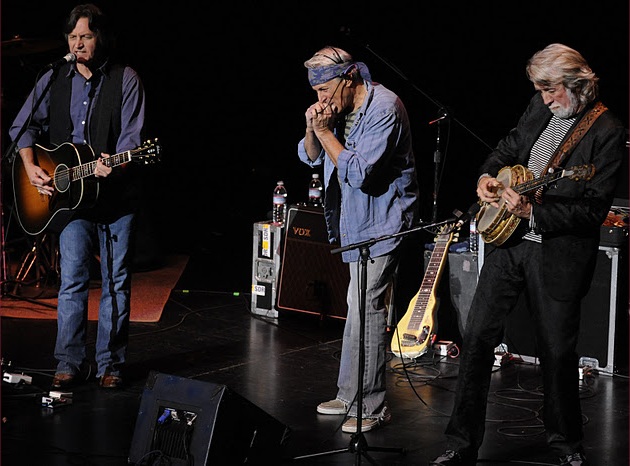 Three of the core members of the Nitty Gritty Dirt Band (from left to right): Jeff Hanna, Jimmie Fadden, John McEuen, missing is Jimmy Ibbotson, who was with the band more than most, and is with them on these Christmas songs.

So one can understand that when I found a bevy of videos of the Nitty Gritty Dirt Band performing Christmas tunes, I figured that I had struck a vein of gold, especially since so many bands have few Christmas videos, irrespective of whether they have many Christmas songs.

These Christmas videos were made from their one and only Christmas album, simply entitled "Christmas Album," released in 1997. These songs were recorded in video from an Austin City Limits, PBS, Christmas show, in 1997. The first video is Silver Bells: Below
.


Nitty Gritty Dirt Band performs two songs, which are more akin to their Country roots: "One Christmas Tree" - above, and "Colorado Christmas" - below.