So this is Christmas

Login to Send a Private Message to Stan Deatherage
"So this is Christmas (War is Over)" was written in 1971 by John and Yoko Lennon, just months after the official breakup of the Beatles. If you loved the Beatles, as much as I did, this was a particularly rough period for all of us - at least from a cultural standpoint.

We always hoped that they would get back together, but many of us knew that it was fated not to be, and this reality of no more Beatles' music needed to be digested, understood and dealt with.

Why the lack of optimism for their return? 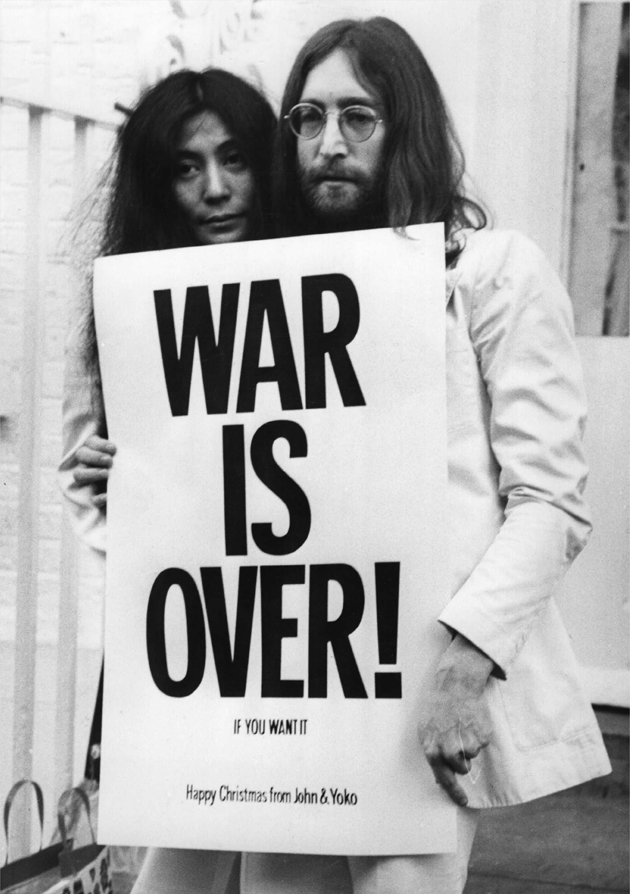 These were particularly dark days in America and around the world. The insanity of the Vietnam War was peaking about this time, the Kennedy brothers were already shot dead, so was Martin Luther King. There were riots in the streets, the Kent State debacle, and boys, from everyone's hometown were dying as men in Vietnam. This was much to swallow for an adolescent, such as myself, and it had been going on, for me, since before the Cuban Missile Crisis in the early 1960's. It was a period of turmoil, which engendered a great pessimism in my approach to life, and this was supposed to be my childhood.

John Lennon and his fellow Beatles were a great escape for me in those dark days, when I was so young.

Later in 1971, when John Lennon created this pseudo Christmas carol, "So this is Christmas (the War is Over - If You Want It)," provided hope, but never let us forget what this period in our collective lives was, what it all meant.

John Lennon had a profound way of expressing his essential feelings in such a manner that one fully understood his position, and right or wrong in terms of content, one realized his passion.

It was truly a sad day, December 8, 1980, when John was gunned down in front of his residence, the Dakota, on a New York City Street. He had so much more to express in art for the betterment of the world, but we will never experience it because of this one maniacal act of his assailant, Mark David Chapman. Chapman got what he wanted - notoriety; however, John Lennon will know immortality as a most remarkable artist, and that is something that this maniac could never take from him, from us.


So this is Christmas (The War is Over)

So this is Christmas
And what have you done?
Another year over
And a new one just begun

And so this is Christmas
And what have we done?
Another year over
And a new one just begun

This second version "So this is Christmas" is a recreation in video, with the melody the same, but with some old footage of the Plastic Ono Band (the African kids), who performed on the Classic song: Below.


Sarah McLachlan, may for some, bring a kinder, gentler version of "So this is Christmas" to us live: Below.

Publisher's note: If you are really in the Christmas spirit, or just in the need for more, please click here to access all of the holiday spirit in melody and narrative that BCN can harness and offer for this Yuletide Season.
Go Back