After More than a Decade, I am a Guarded Optimist | Eastern North Carolina Now | The last term of George W. Bush was an unmitigated disaster. When Barack Hussein Obama took office in January, 2009, it was a fast ride, unabated, downhill, and it just would not cease.

After More than a Decade, I am a Guarded Optimist

Login to Send a Private Message to Stan Deatherage
However, my hopes are often tempered by the failings of politicians from both political parties. 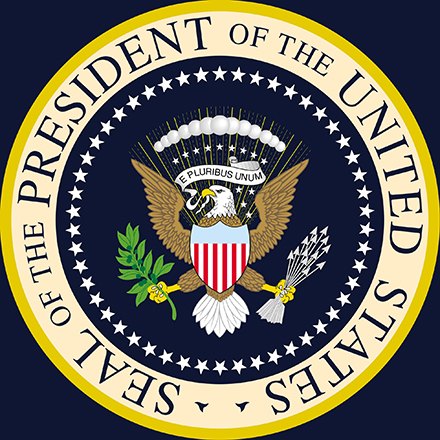 The last term of President George W. Bush was an unmitigated disaster. When Barack Hussein Obama, a Community Organizer by trade, took office in January, 2009, it was a fast ride, unabated, downhill, and it just would not cease.

In the real World, where 'all good things come to an end', and the bad times can continue unrestricted if you can keep the right people in place, the United States is, and has been for at least 8 years, in a pretty bad place. George W. Bush took a firm swing at straightening out the mess, but fell miserably short when he succumbed to the spell of the proactive Democrat Media, in concert with a Democrat congress.

George W. Bush won a mandate in the 2004 election, by Republican's winning the majority of both houses of congress and the presidency, like now in the beginning of the Trump administration, yet squandered that majority by not consolidating his power to the point that he could move members of congress to revamp, and restore the viability of America's entitlement safety-net. Also at the crux of the problem of Mr. Bush's second term was that congressional Democrats had long lost the belly for prosecuting the war on terror, giving the Democrat Media collusive cover to vehemently attack George W. Bush on all fronts, which withered the man right before our eyes to the point that his leadership became questionable; at least by Republican Standards. President George W. Bush wished to forever lift the office of the presidency above the partisan attacks of the Democrat press. This was a major mistake.

Regardless of all the attacks suffered by Mr. Bush, he is a decent and good man, but: Is existing as decent and good man enough of a character trait to govern in this era of a free press that is only fair, and completely beholden to the most liberal Socialists that only play at governing this large sprawling nation?

In my world, no politician is worthy of my support unless I well believe they will have the 'true grit' to defend his position in managing an administration that works with a friendly congress, and defends our nation irrespective of the whim of congress. While George W. Bush did prosecute the war in Iraq in a relatively successful manner, as the overwhelming hypocrites in a Democrat congress and media worked against that success, President Bush spent all of his personal power and political chips to do so.

For the rest of his presidency, President Bush was a shell of an American CEO, which precipitated the stock market crash, just as much as a Democrat congress did, which caused the Great Recession. Appointing idiots like Christopher Cox to head the SEC, and then exhibiting loyalty to this "mimbo" is not the way a wise CEO (Corporate Executive Officer) governs.

While known for his abject loyalty, there is an excellent possibility that America's next CEO, President-elect Donald Trump neither hire stupid men, an attorney by trade, like Cox, nor if he does, keep them in office. This is part of the reason, I am guardedly optimistic about a Trump presidency. 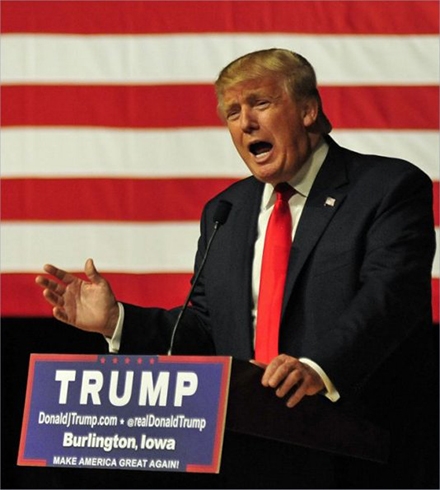 I am guardedly optimistic on two levels: 1) Donald J. Trump, who campaigned against the establishment politics of not only the Democrat party, but the Republican party as well; plus, he was brutally honest with the corrupt, unprincipled Democrat Media once he was the Republican nominee; really read them the 'riot act', which will be imperative for any Republican to have a successful presidency. 2) Republican president Trump will have Republicans majorities in the House, the Senate, and the Supreme Court. This has never happened in modern times. The pressure for President-elect Donald J. Trump to accomplish much to restore this Republic is great.

So great, it is a rather curious paradox that the President-elect would engage in a misplaced magnanimity of giving current lip-service to wish no ill will, ergo, no further investigation of the Felon L. Hillary. Below is what I wrought in a competing periodical:

Most recently, Donald J. Trump has intimated that he would not prosecute L. Hillary Clinton's corrupt behavior while secretary of state, which has miffed many patriots, and other supporters of the man that would be president.

Regardless of whether the President-elect wishes to show mercy to the Clintons, while not ever learning the truth about so much of the state department's obvious corruption, it will not happen.

Unlike the Hussein Obama administration, President Trump's DOJ and its boss, the new United States Attorney General, if he is steeled in true Conservative principles, will act independently of the President, as will a Republican congress, who have constitutional oversight of all facets of America's government - not the partisan Democrat Media, as Liberals would have one wrongly believe otherwise.

That is the way it will be, and if any Republicans or Democrats, even the President-elect, should have a problem with that formula ... tough beans.


Below is a video produced by President-elect Donald J. Trump explaining his projection of his first 100 days in office:


This is why we have a constitutional government.

When Democrats ignore the Constitution (and are in control of congress or the executive branch), Republicans are forced to sue to bring government into compliance, which could take years to effect.

That is why there will be a Democrat Fascist president before there is a Republican one.

The Donald J. Trump excessive verbiage regarding an issue that is truly not within his presidential periphery, I will remain guardedly optimistic, and I will continue to pray for out Republic. As my ideas and opinions matriculate in an evolving pattern, you will continue to have the ability to read them here in BCN, so stay online with us.