In 1972-3 two enterprising journalist dug deep, to find out if their President was involved in the Watergate cover up. Carl Bernstein, Bob Woodard, Julian Assange, investigative journalism, All the Presidents Men
Home
Categories
Login

Login to Send a Private Message to Bobby Tony
In 1972-3 two enterprising journalist dug deep, to find out if their President was involved in the Watergate cover up. They were heralded as the best example of true journalism. Their story eventually made its way into a movie "All the Presidents Men."

"Woodward made crucial contributions to two Pulitzer Prizes won by The Washington Post. First, he and Bernstein were the lead reporters on Watergate and the Post won the Pulitzer Prize for Public Service in 1973." https://en.wikipedia.org/wiki/Bob_Woodward

Let us move forward to 2006 when a young programmer named Julian Assange began hacking into various accounts on the internet. He eventually move on to greater things. During this election he has become the cause celeb for hacking and releasing private emails from the Hillary Clinton Camp. 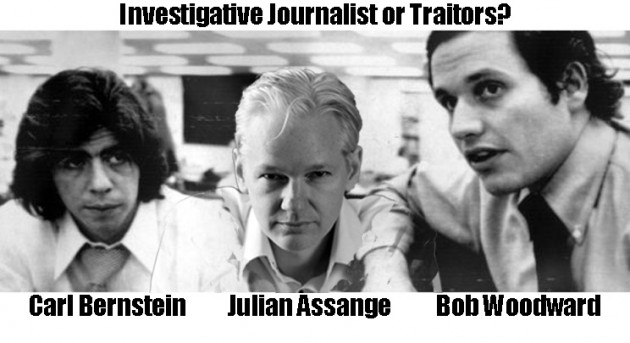 After his period of study at the University of Melbourne, Assange and others established WikiLeaks in 2006. In 1999 Assange registered the domain leaks.org, but, as he put it, "I didn't do anything with it."[33][unreliable source?] He did, however, publicise a patent granted to the National Security Agency in August 1999 for voice-data harvesting technology: "This patent should worry people. Everyone's overseas phone calls are or may soon be tapped, transcribed and archived in the bowels of an unaccountable foreign spy agency." https://en.wikipedia.org/wiki/Julian_Assange

I am sure there will eventually be a movie about Julian and his life. We have all the makings of a great movie. It has secretes, sex, slander, computer age hacking, and political overtones. It also has the common thread of trying to influence an election with the release of information that may be true but obtained by non-traditional means.

Some today would say that we should prosecute the leakers. The same things were said back in the Nixon administration and deep throat was protected until after his death. Today we know who the leaker is but he is outside our borders. Maybe we should send in a black ops squad. Apparently we don't use them anymore for protecting or rescuing our embassies. 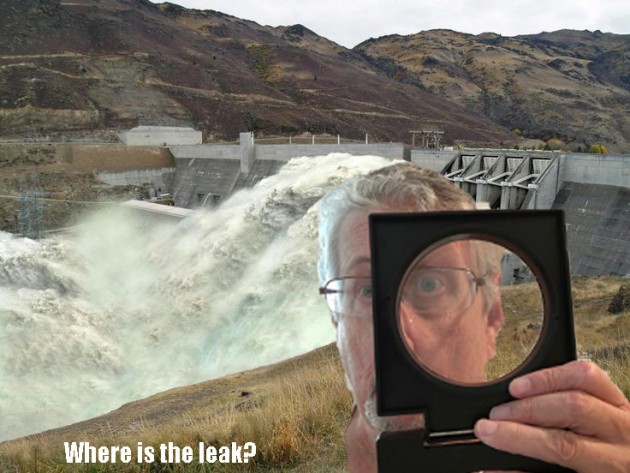 For those who wish to point up that Julian is currently in exile because of a sexual charge in In November 2010, the point is valid. Assange was alleged to have committed several crimes against two different women during a visit to Sweden that August. But if you find this a evidence of him being a less than stellar journalist, I suggest you read Nora Ephron's autobiography "Heartburn" which is about her life with then husband Carl Bernstein. He was a serial cheater and philanderer in spite of his journalist credentials. I thought we had put the crossed the "SEX THREASHOLD" years ago. I may have been wrong. https://en.wikipedia.org/wiki/Heartburn_(novel)

I am not advancing an argument that both are wrong or both are right. I am merely trying to establish the fact that the information and our judgment as to its accuracy is what is important. Naturally, at some point we may come to a consensus of opinion on what the meaning of "PRIVACY" actually entails. Until then, everyone should watch for the Red Light which indicates that the camera or microphone is hot and not only is big brother watching but so are everyone else. Then on the other hand, maybe we should just expect our politicians to express in private the same thoughts they express in public. What a unique idea.

Some have said the genius of our founding fathers was based on their establishment of protection for the fourth estate; the Press or Media if you will. They specifically stated that the right to freedom of speech.

Amendment I. "Congress shall make no law respecting an establishment of religion, or prohibiting the free exercise thereof; or abridging the freedom of speech, or of the press; or the right of the people peaceably to assemble, and to petition the government for a redress of grievances."

They were equally explicit when they stated the following.

Amendment II "A well regulated Militia, being necessary to the security of a free State, the right of the people to keep and bear Arms, shall not be infringed."


Now it may be worth a debate on what the difference is between 'THE PRESS" and "REGULATED MILITIA" is. Does "THE PRESS" require a bucket of ink and a printing machine or perhaps just a keyboard and DSL connection? On the other hand does "REGULATED MILITIA" mean a regulation that requires a that person not be a convicted felon before the purchase of a gun.


The answer to the main question above is "ZERO."


Only angels can dance on the head of a needle.


poll#96
Considering that Hillary Clinton, from the recently concluded email investigation, is charged with gross negligence, dereliction of duty, was recommended that she lose her security clearance, while pathologically lying to congress, the press and the American People; and even though she was not referred for indictment because she is a Clinton: Will you?
11.84%   Vote for Hillary
78.78%   Vote for The Donald
9.39%   Vote for none of the above
245 total vote(s)     Voting has Ended!

And now for your additional voting pleasure:

poll#95
What should be the priority of the Federal Government after the "Pulse" massacre: Should we turn our attention toward destroying, earadicating ISIS as Candidate Trump suggests, or, as Democrats' President Obama suggests, broaden our efforts to effect stricter Gun Control laws to limit "Gun Violence?"
88.24%   After many years of trying to degrade and contain the murderous ISIS, we should make it the nation's policy to destroy ISIS immediately.
3.68%   Gun Violence in America can be eliminated by limiting access to guns for all American citizens.
8.09%   I don't care either way; I just live here.
136 total vote(s)     Voting has Ended!