"Data shows that visitors from within our state and across the country and world are flocking to North Carolina to experience our natural beauty and quality of life that is second to none," Governor McCrory said. "As our population continues to increase and more people visit our state, strategic investments in our state parks, the zoo and overall quality of life will prepare our state for future growth." 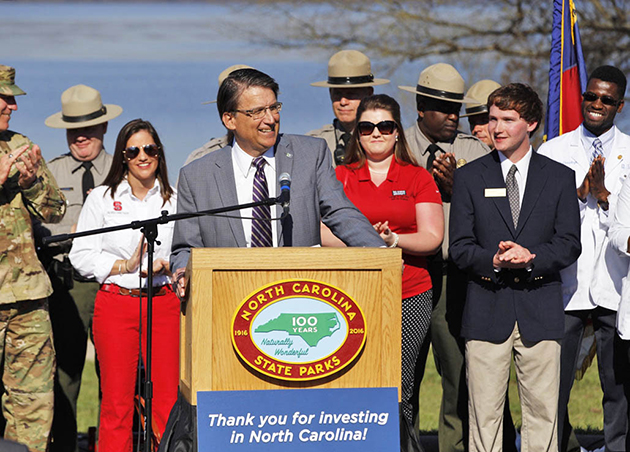 In addition to the Fiscal Year comparison, the 11.7 million visitors to the North Carolina State Parks system through the end of July is a 10 percent increase over midsummer visitation of 10.6 million in 2015. Total state parks visitation in 2015 was a record 17.3 million. If the trend continues through the end of 2016, that record is likely to be surpassed.

"Along with inspiring landscapes, North Carolina State Parks offer an appealing array of activities," said Natural and Cultural Resources Secretary Susan Kluttz. "There are more than 600 miles of trails for hikers and runners, as well as opportunities for mountain biking, kayaking and canoeing, horseback riding, rock climbing and more recreation opportunities that contribute to a healthy lifestyle."