It was a clear beautiful, royal blue sky day on Wall Street. The S & P futures were up markedly, awaiting a positive open, as I turn to get my first cup of coffee. I return to CNBC to get the morning business news, when I notice that the S & P futures are falling, and they're falling fast. 911, War on Terror, the south tower hit, the north tower is hit, United States of America, CNBC, Mark Haines, Maria Bartiromo
Home
Categories
Login

Ten Years (now 18 years later) After 9/11: a Recollection, a Time to Remember

Login to Send a Private Message to Stan Deatherage
It was a clear beautiful, royal blue sky day on Wall Street. The S & P futures were up markedly, awaiting a positive open, as I turned to get my first cup of coffee, after completing my morning chores. I returned to CNBC to get the morning business news, when I noticed that the S & P futures were falling, and they were falling fast. Down 10 points, 15 points, 20 points: "What the Hell is going on here?" ... I heard myself reflexively exclaim.

My exclamation was unintended as prophetic, but little did I know that "Hell on Earth" was soon to befall the victims of the South Tower, and then the North Tower of the World Trade Center. 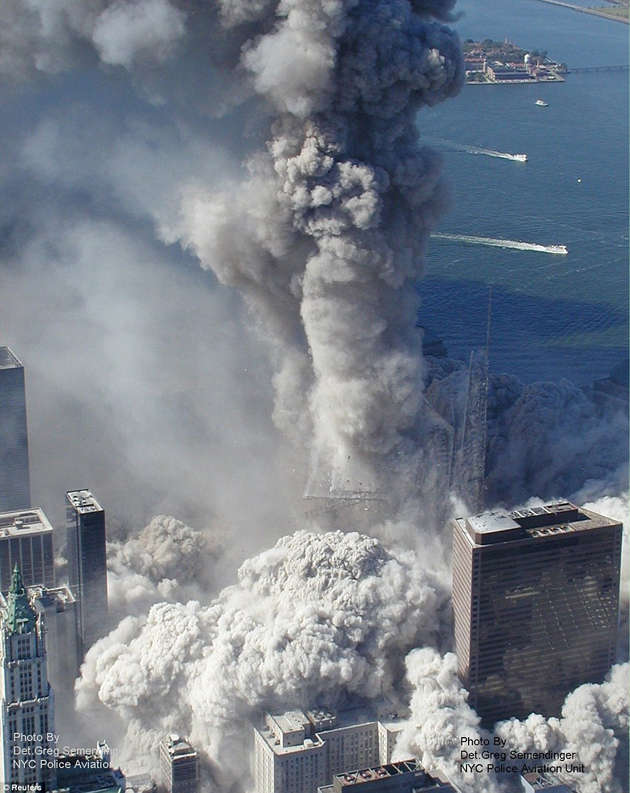 The North Tower falls after burning for 102 minutes.

The late Mark Haines, CNBC's venerable morning anchor of the popular morning business show, Squawk Box, was the first authoritative voice I heard concerning this cataclysmic event that would forever reshape Americans' view of the world, and conversely, how we are viewed by the rest of the world as well. Mark, David Faber, Joe Kernen and Maria Bartiromo, the hosts of this popular show, continued through the day, finding themselves in a most inauspicious position of guiding their viewers through the most terrible moment in America's relative recent collective memory. Most of us will never forget: where we were, what we felt, when we learned of the horrendous attack by Osama bin Laden's Al-Qaeda hijackers.


After the attack, the deaths, the tears, the war, the retribution, and the consideration of what is real, and the knowledge of what is lasting, it might be time some real hope and change. See the video below to see what we mean (hyper-linked on September 11, 2012):