Login to Send a Private Message to Bobby Tony
Back before everything became overly commercial, Thanksgiving was the unofficial kick off for the Christmas Season.

In the Atlanta of the 1950's there were no shopping centers and most of the big department stores were in downtown Atlanta. The most famous of which was Rich's Department Store. 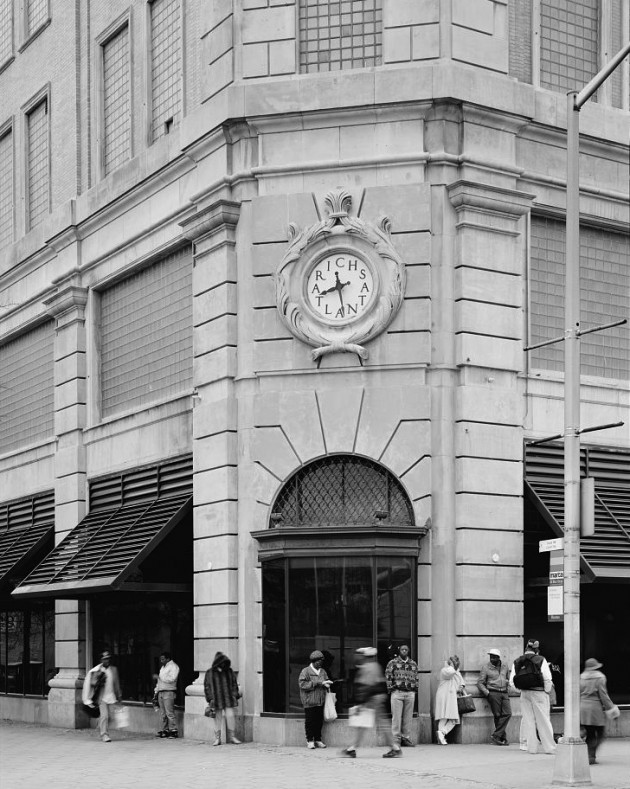 store on 28 May 1867. The store was at 36 Whitehall Street, and was run by Mauritius Reich (Anglicized to Morris Rich), a Hungarian, Jewish immigrant. It was renamed M. Rich & Bro. in 1877, when his brother Emanuel was admitted into the partnership; it was again renamed M. Rich & Bros. in 1884 when the third brother Daniel was admitted into the partnership".

They were famous for the fact that you could return anything you bought from them with no questions asked. Often not even a receipt was required. There are many stories around about wedding dresses and silverware returned after the wedding. Some would think this was an urban legend but it was true. The theory was if you bought it from Rich's you could depend on getting good service, support and satisfaction guarantee. The volume of sales easily covered the cost of this lenient return policy. Later Sears started the same support with its Craftsman line of tools.

Rich's was associated with two holiday traditions. The first was the lighting of the Great Christmas tree on the Crystal Bridge between the two buildings of Rich's downtown location. This was the official start of the shopping season.

We would sometimes go downtown to see the lighting of the Great Christmas tree. This was long before we had any shopping malls. Each level of the bridge would have a choir singing Christmas Carols. My 7th grade classmate Lawrence was a member of the Boys Choir and sang there one year. I recently asked him about it and he was amazed that I remembered that. That was sixty years ago but for some reason it is a vivid memory for me. 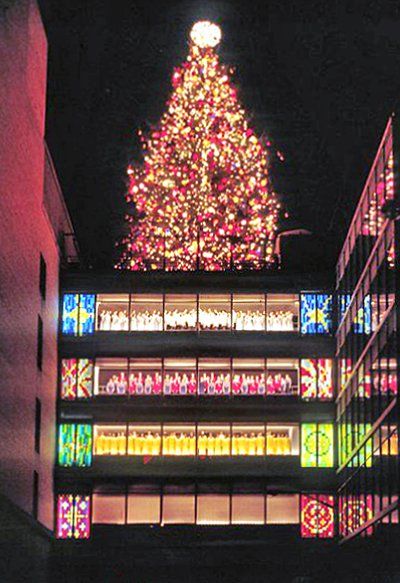 "For many, a holiday visit to Rich's began with the lighting of the Great Tree on the store's rooftop each Thanksgiving night, a tradition begun in 1948. Local choirs provided carols from the Crystal Bridge spanning Forsyth Street. Santa's live reindeer were brought to visit from the North Pole and Santa's elves assisted children with their purchases in the Secret Shop while their parents shopped elsewhere in the store. In 1956, Rich's debuted a monorail in their toy department named the Snowball Express".

"In 1959, the Snowball Express lost its headlight, was painted pink and gained a snout and a curly tail, and the Pink Pig was born. Shortly after, due to popular demand, a second pig was added and following a public contest, the pig monorail cars were named Priscilla and Percival". History of the Pink Pig 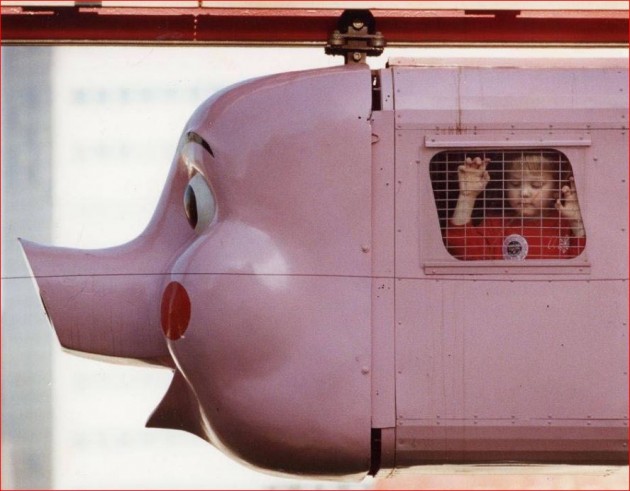 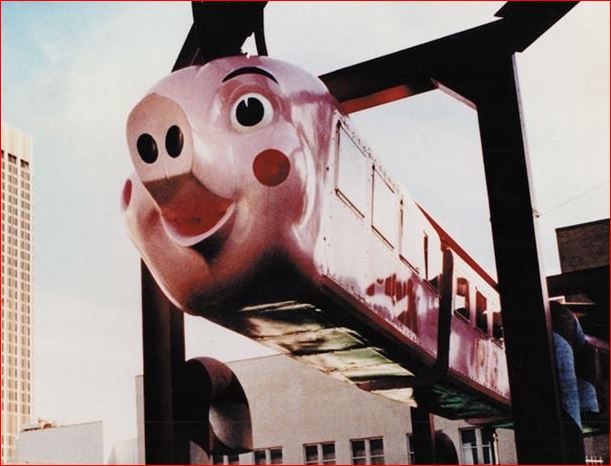 The Pink Pig is still talked about today and even though Rich's has gone through many ownership and name changes, they still have a Pink Pig ride which is now located at Lenox Square. Lenox was the first large shopping mall in Atlanta. Today the Macy name is the parent and it is called the Macy's Pink Pig. They retired to twin monorail cars some time back.

I recently saw a painting Facebook on one of the Atlanta memory pages bragging about riding the pink pig. 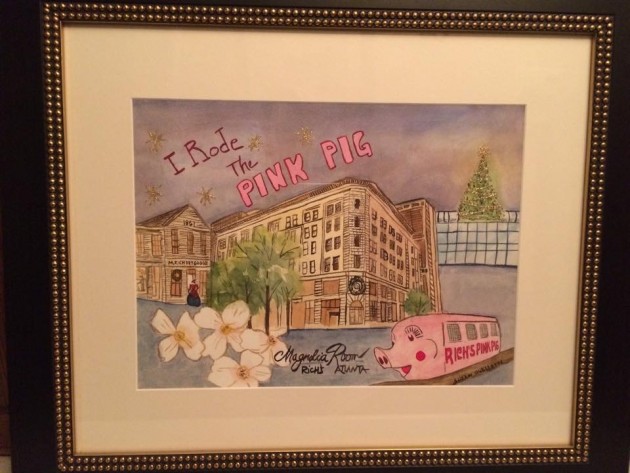 Click here for a home video and a ride in the Pink Pig. Marginal quality but one of the last as a monorail. (3:42)

Traditions are a good thing, I hope you have a few to remember during the holidays.