BoCO Summer Concert Series at the Turnage was a Mixed Success

Login to Send a Private Message to Wyatt Sanderman Day
The BoCO Summer Concert Series has concluded, and was fun for the participants: The performers and the patrons. The summer series just needed more patrons, and on occasion more performers. The performer / patron zeitgeist is a tenuous relationship: One cannot function fully without the participation of the other. The BoCO Summer Concert Series was lacking in its ability to complete that successful codependency in that proposed relationship of musician and music lover. 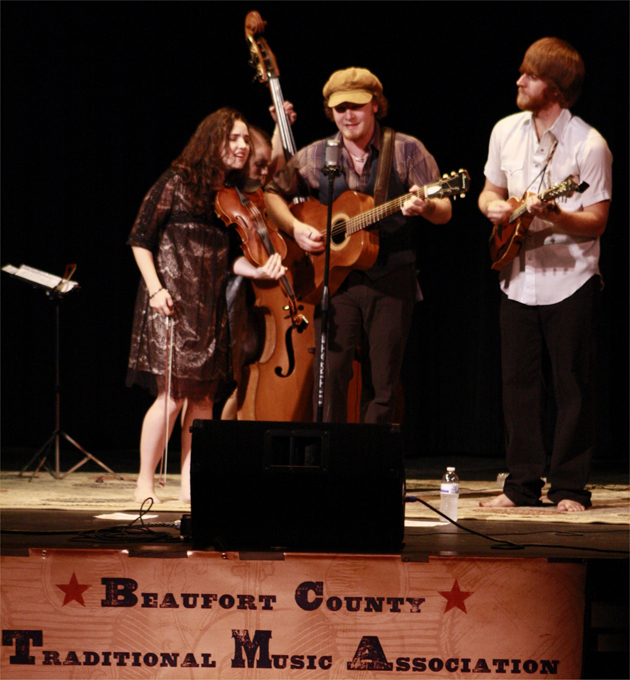 What was missing to effect a successful summer series: Warm bodies filling the comfortable seats within this wonderfully renovated acoustical masterpiece. Without those who love live music filling the empty seats, the musical symbiosis between entertainer and the entertained cannot occur.

While I sincerely believe that it is the responsibility of the patron to first find his rightful place (just fill an empty seat) to complete their part in this codependent relationship, on one night the Greensboro-area band Sinful Savage Tigers did not show up to complete their part of this tenuous bargain. It appears that one vehicle carrying some of the band members had car trouble, and, surprisingly, the other vehicle arrived in Washington, N.C., unaware of their stranded bandmates' predicament. Thankfully, the warm-up band Both did arrive, and did perform two sets, rather than one, in their absence. The Turnage Theater management graciously offered free tickets for a future show in the series, but most sincerely, Both was well worth that night's admission price. 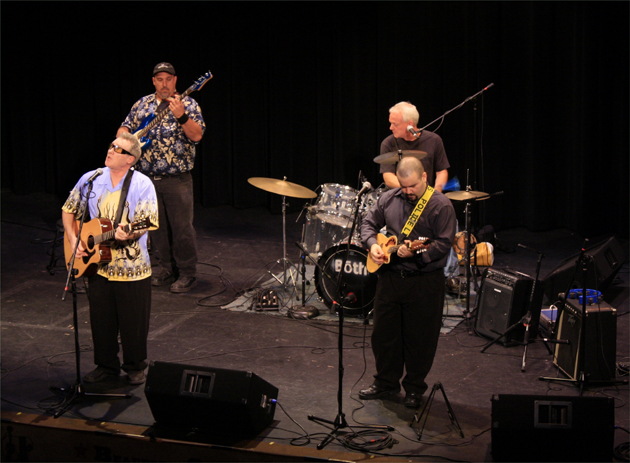 The band Both (I could not find their names, or anything about the band on the Internet. I would appreciate a little help on this one), held up their end of the bargain when pressed into the duty of filling in for Sinful Savage Tigers: Above. The four-piece ensemble used carefully crafted vocals to carry their musical message: Below.     photos by Stan Deatherage 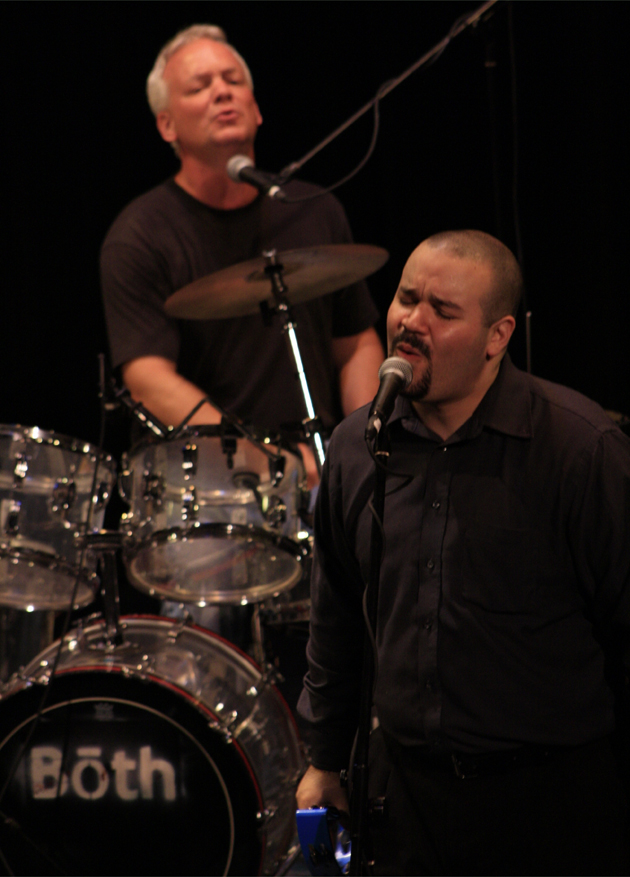 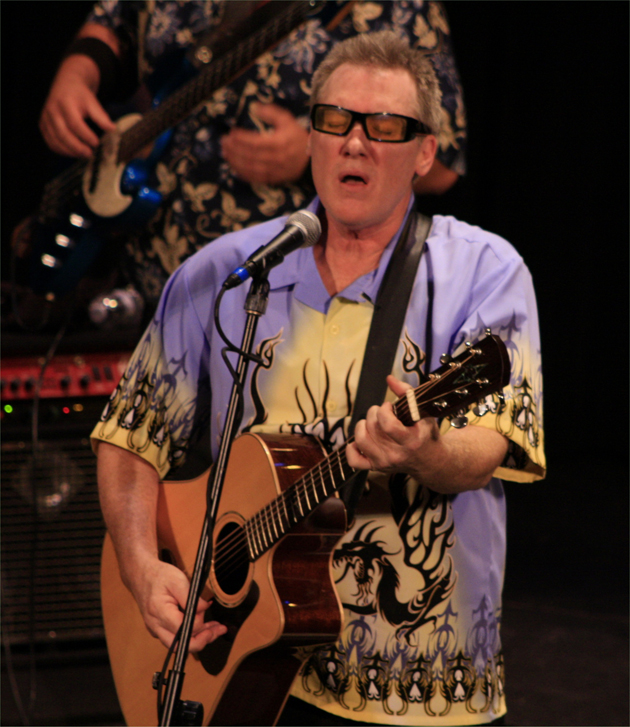 Both performed a good bit of their original tunes; however, the high point of their performance may have been their cover of the Pink Floyd song "Brain Damage" from their classic album, Dark Side of the Moon: Above. Another warm-up band that upstaged the headline act for the evening was Koostic Thang!: Below.     photos by Stan Deatherage 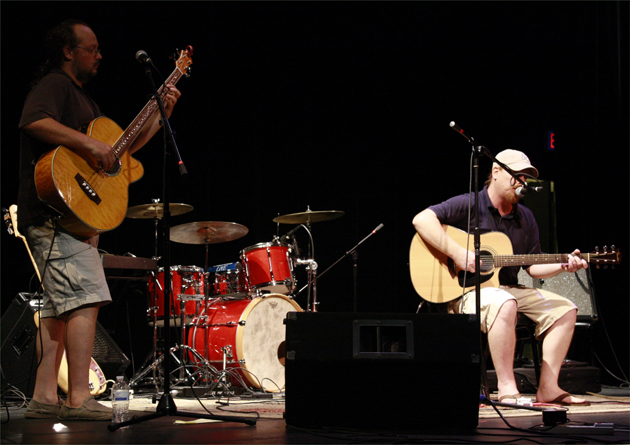 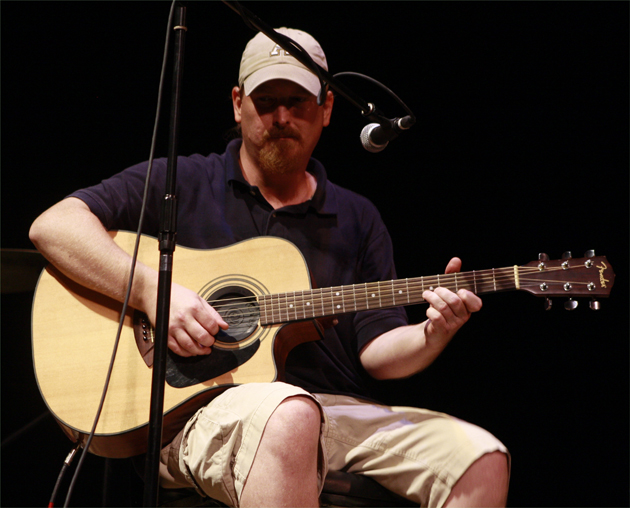 Shane Griffis plays extremely well, and even though he played his six-string "koostic" guitar while sitting down, I heard strains of Jimi Hendrix's "Axis Bold as Love": Above and below.     photos by Stan Deatherage 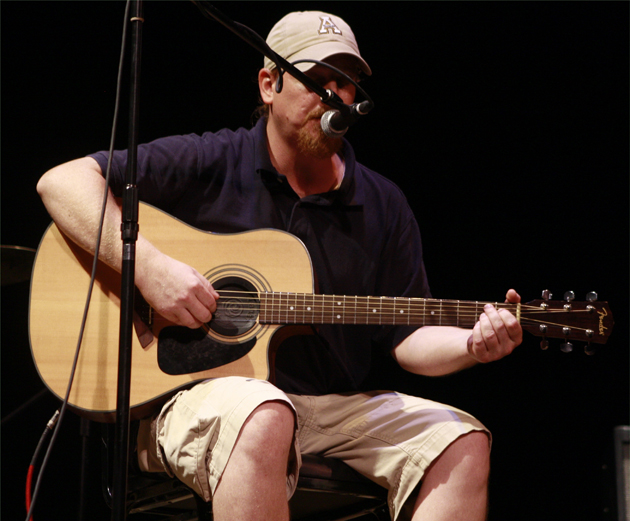