The U.S. Has a Rich English History | Beaufort County Now

The U.S. Has a Rich English History

Login to Send a Private Message to Diane Rufino
Publisher's note: This three-part series by Diane Rufino celebrates the rich history of the United States of America by examining three essential components of our past:


"The Constitutional Convention of 1787 - A Miracle in Philadelphia"


"Our Founding Principles - The Beginning of the American 'Experiment' "


Diane related to me that she was inspired to write this lengthy treatise "by the fact that my daughter will graduate from the public-school system never learning about our Founding history, Founding Fathers, the Constitution and its roots."

This is the first of the three-part series, but I warn you: You better pack a lunch first before you get started.

Included in the development of this series are these companion pieces: The Magna Carta, The Petition of Right of 1628, The Habeous Corpus Act of 1679, The Declaration of Independence, The English Bill of Rights of 1689, Timeline of Events Leading to the Revolutionary War.

Happy Anniversary America !! This year, 2011, celebrates 218 years since the British signed the Treaty of Paris in 1783, formally abandoning any claims to the United States.

Dennis Prager, a conservative talk-show host, gave this advice: "The greatest threat facing America is not Obama or his socialist programs. The greatest threat, and I've felt this my entire life, is that we have not passed on what it means to be an American to this generation. In fact, we haven't passed on this message since the end of World War II."

Mr. Prager is right. We have taken so much for granted and allowed so much liberty to slip through our hands simply because we have forgotten what it means to be an American.

People all over the world would kill for the freedoms that we take for granted every minute of every day. They would say, "Such audacity Americans have .. to have so much and to care so little to preserve it."

What am I talking about? Take this simple example. The U.S. Constitution gave Congress the power to regulate commerce among the several states. The reason was to prevent individual states from discriminating against the goods originating from another state and therefore maintain a free flow of goods throughout all the states. A simple grant of power to a "limited" federal government has now led to 41,000 federal regulations alone on a simple hamburger. These regulations stem from at least 200 laws. (as noted in a 1980 U.S. News & World Report). Just as the hamburger has come to be regulated so heavily, so are each of us living here in the United States being regulated heavily (unless you are an immigrant, and especially if you are an illegal immigrant, and even more especially, if you are a criminal illegal immigrant). And this is by a government that was supposed to be so small that it was never to employ more federal workers than any single state and was supposed to protect those rights to "Life, Liberty, and the Pursuit of Happiness" promised in the Declaration of Independence.

We've come a long way since our founding, but unfortunately, it has been a path downward instead of upward.... a slippery slope downward to the level of nations that we fought so hard not to become like. Our inalienable rights now have "conditions" and limits. Social pressure is responsible for most of that. Aside from abolishing the great evil of slavery and recognizing that all men indeed are equal, we have moved backwards and not forwards with respect to freedom and liberty vis-a-vis our government. Individuals are overburdened and over-regulated, and they have become cynical and despondent. And that only makes my point and Mr. Prager's point stronger - that we have forgotten what it means to be an American.

What makes America so special is not anything our current leaders have done. On the contrary, it has everything to do with the simplest of documents - our Constitution and Declaration of Independence, our Founding history, and our founding principles. I believe it is the duty of our schools to teach this to our children and to do so correctly and not from a revisionist perspective. As Mr. Prager wrote in his article, "A Speech Every High School Principal Should Give": "We will have failed if any one of you graduates this school and does not consider him or herself inordinately lucky to be alive and to be an American." 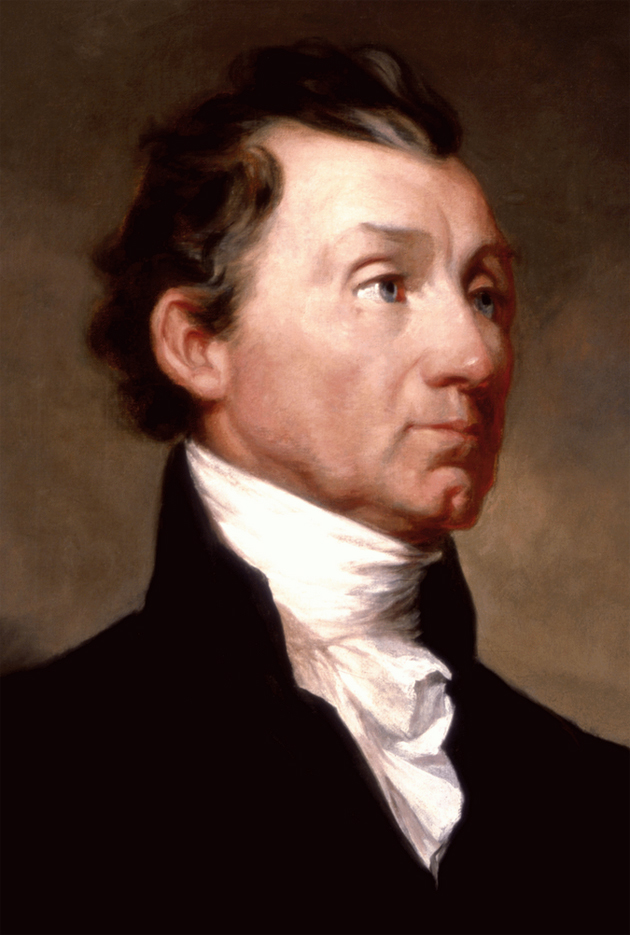 Every morning, school principals all over this country get on the loudspeakers and ask students to stand to recite the Pledge of Allegiance. I've seen teachers sit and ignore the pledge. I've seen students ignore it. I've seen students joke that if the President doesn't do it, why should they. If students are not able to appreciate why they should stand and repeat the pledge, then the school has immediately failed these students. It has failed to instill the appreciation that every citizen should have for this country and for everything each individual has just for being blessed to stand where they are standing. Every word of the Pledge honors our history and should be appreciated.

"I pledge allegiance to the flag of the United States of America, and to the republic for which it stands, one nation under God, indivisible, with liberty and justice for all." There is so much meaning in this short sentence.

pledge allegiance - to promise not to betray

the flag - the symbol of our country. It symbolizes our strength and unity. It represents our story. It represents everything we stand for, including our freedom and liberties. It represents those extraordinary acts of courage and sacrifice that have been needed over the years to sustain individual liberties. It represents every man and woman who died for our country and represents every instance where our country and our servicemen have come to the aid of people who were oppressed. Over a million Americans have died in many wars so that she can wave. It is the freedom here that we enjoy - and often take for granted - that has inspired so many brave Americans over the years to fight for our nation's preservation and to protect our way of life. 25,000 died in the Revolutionary War, 20,000 died in the War of 1812 against Britain, 623,026 died in the Civil War, 116, 708 died in WWI, 407, 316 died in WWII, 36, 914 died in the Korean War, 58, 169 died in the Vietnam War, and 5,900 have died to date in our War on Terror. That is almost 1.3 million total. Mothers have lost sons and daughters; men and women have lost their spouses and soul mates; children have lost parents; families have lost brothers, sisters, aunts, and uncles and communities have lost friends, neighbors, and classmates.

United States of America - Up until the ratification of the Constitution, and perhaps even longer than that, the individual states considered themselves as separate sovereign nations. They united for preservation. They united in order to " secure the blessings of Liberty" for generations to come.

Republic - The first sound Republic in all history was the one created by the first genuine Constitution, which was adopted by the people (Commonwealth) of Massachusetts in 1780. It was the template for which our U.S. Constitution was based; and therefore, the U.S. is the first genuine and soundly based republic in the world. Our nation is a republic and the first one established upon a Constitution protecting individual liberty. A republic, in other words, is where the general population elects representatives who then are constrained in their representation by the Constitution and other laws. A republic is a nation ruled by law. There is a degree of insulation between the people (who might try to rule in a frenzied mob style) and government rule. A republican form of government has a very different purpose and an entirely different form, or system, of government than a pure democracy. Its purpose is to control rule-making. More specifically, its purpose is to control or restrain the majority. It is designed to protect the minority from oppression by the majority. It is designed to protect the individual's (EVERY individual's) God-given, unalienable rights and the liberties of people in general. Our particular republican form of government has a separation of power because our Founders understood the inherent weakness and depravity of man. They knew that people are basically weak, sinful and corruptible, and will pit one man against another other, making it difficult to pass laws and make changes that are fair to everyone.

One Nation - to remind us that we survived a Civil War, which tested the notion of whether any nation, so conceived in liberty, can endure.

Under God - to remind us of our religious heritage - the dependence of our people and our Government upon a supernatural being. In fact, the words "under God" were added in 1954 to clearly separate us from what were considered godless communist countries.

Indivisible - meaning that we will never again be broken up into individual states.

with liberty and justice for all - two of the greatest principles that America stands for.

"The establishment of our institutions," wrote President Monroe, "forms the most important epoch that history hath recorded. They extend unexampled felicity to the whole body of our fellow-citizens, and are the admiration of other nations. To preserve and hand them down in their utmost purity to the remotest ages will require the existence and practice of virtues and talents equal to those which were displayed in acquiring them. It is ardently hoped and confidently believed that these will not be wanting." In other words, if we wish to preserve and hand down the institutions that protect our liberty, we must be educated and loyal.

In this era of worldwide social and political change, it serves us well to know the fundamentals of our Constitution which, in times of war and unrest, as well as in peace, has provided the American people with a more enduring and responsive government and a greater degree of prosperity than any other people have ever had.

Our school system teaches our students many important things - math, science, English, literature, languages, for example. It also spends a lot of time teaching things that serve no other purpose other than to highlight individuality rather than commonality. Such courses are the ones that focus on race and ethnicity. The public school focuses too much on diversity rather than on the qualities that unite us as Americans. Every year, for example, students learn the same exact things for Black History Month. In fact, for two consecutive years, my daughter was assigned the very same Black History figure to write a report on. My eldest daughter will graduate from high school after never studying our early history, our Founding Fathers, our Constitution and Constitutional principles. Such courses and such an overall public-school curriculum undermines our nation's motto - "E Pluribus Unum," which means "from many, one." Our founding history is something that unites. It teaches us about the country that we all share equally. It teaches about American values.