Lipbone Returns for a Second Helping at the Turnage Theater

Login to Send a Private Message to Stan Deatherage
Lipbone Redding, and his Lipbone Orchestra, returned to the familiar haunts of the Turnage Theater to deliver a second helping of his trademark Latin-flavored rendition of American Rhythm and Blues. In fact, Lipbone is so beholding to this near-forgotten genre of music, he was named after one of the great Rhythm and Blues / Soul icons, Otis Redding.

The strains of well-played Rhythm and Blues may be the nexus of his musical path, but it has not always been that way. Lipbone, who was born in 1967, was introduced to the Disco genre when he was a young boy.

Lipbone explained: "When I was young, I distinctly remember my mother loving Disco. I'd be around the house, doing what kids do, with the Disco: folks like Donna Summers, K.C. and the Sunshine Band on the phonograph, and I just liked that sound. As I grew older, my music taste matured, with many other influences, but I still credit Disco artists - many from T.K. Records down in Florida - as inspiration." 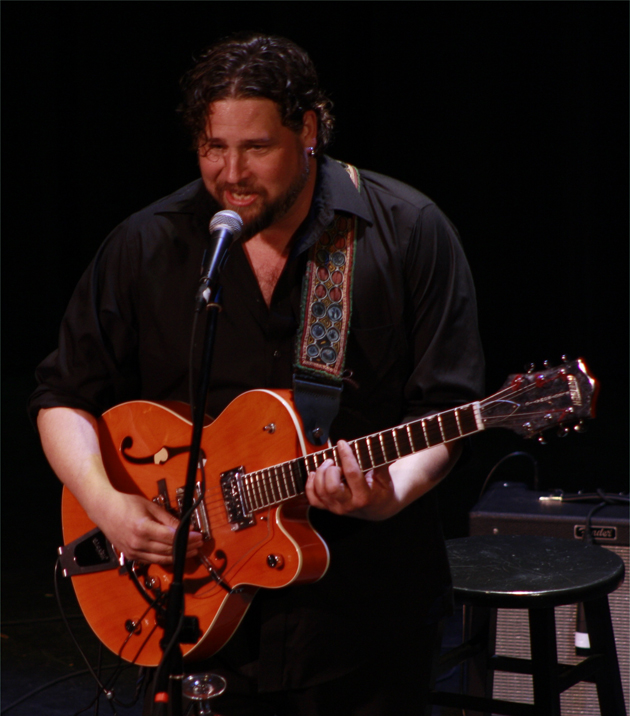 I also asked Lipbone: What influences his eclectic sound, which is truly his signature as an artist?

Lipbone: "Just growing up around here in eastern North Carolina, and then spending a good bit of my formative years (musically) in New York City (the Bronz, Brooklyn and Manhattan), and then traveling all over North America and the World - especially Latin America - makes me who I am, and therefore, my music into what it has become. You could say that I am growing into my music."

Lipbone was chosen to lead-off the local BoCO Music Festival, whose (BoCO Festival) artistic mandate is to expose the community to different genres of music that are rooted in our American Music. Lipbone, with his eclectic influences of building his music into its own expressive melody, is the embodiment of this melting pot land of ours, and its big volume of sound. Lipbone, with all his life experiences, is the personification of Americana. 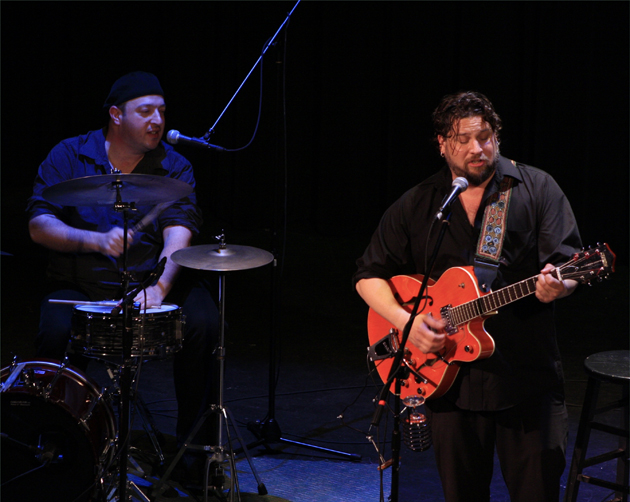 The back-beat of the Lipbone Orchestra, Drummer Rich Zukor (left), Lipbone Redding (right) laying down the rhythm, while using what might be his most complete lead instrument - his voice: Above. Lipbone plays rhyhm, lead, whatever it takes to convey his melodic message: Below.      images by Stan Deatherage 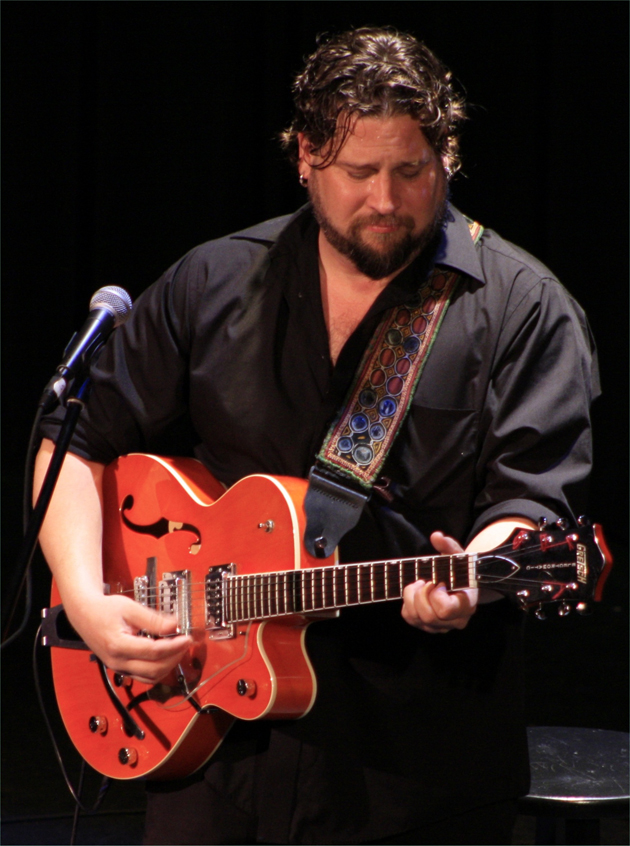 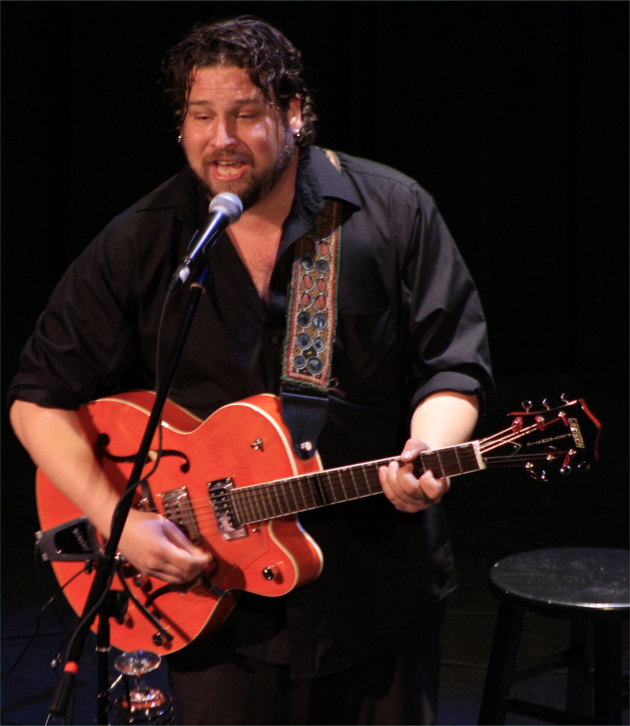 Lipbone's father (for the sake of anonymity, we will refer to him as Mr. Lipbone ... or is it Mr. Redding?), who was in the audience that April 15, 2011 night, told me a bit about his son during intermission.

Mr Lipbone: "Stan, my boy is always entertaining somebody. When he was at ECU (East Carolina University), he was in the Theater Department doing plays, and when he wasn't doing that, he was telling jokes or picking up a guitar and singing.

When he decided to go to New York, with few prospects, he would find a unoccupied spot in the Subway, stand there, play his guitar and sing his heart out. He just loves to entertain folks, and he's not too proud to 'pay his dues' either."

Lipbone continued later after the show that night, "Yeah, I did sing in the those subways, but I learned a lot about an audience, and I learned a lot about myself too. And you know what? I'd much rather be playing the Turnage, and especially for lovely ladies like these standing over here (A group of women, mostly from Greenville, NC - some from Lipbone's days as an East Carolina Pirate - were in Washington for the show)."

And that is just the way it is: A former young man, from here in eastern North Carolina: sees the world a bit, hones his craft of performing with his voice, his guitar, his various "lip-instruments," and his effusive, but warm personality, and subsequently makes something of himself. And what Lipbone has made of himself is that he is a fine performing artist. 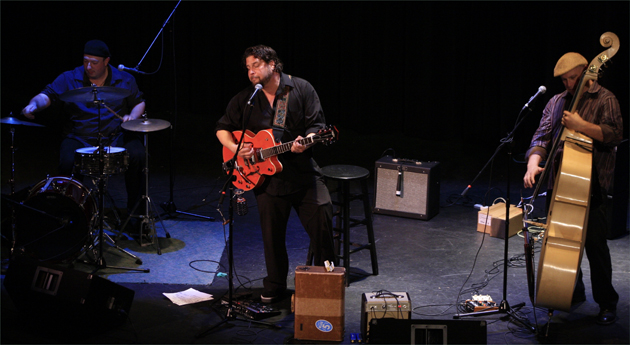 The ladies in the audience knew that Lipbone was the real deal, and danced in between the old, worn stage of the Turnage Theater and the front row of the comfortable seats, and into the upper isles. They certainly enjoyed the music, and I suspect Lipbone's playful commentary before almost every tune - mostly written by the artist, a few others he covered.